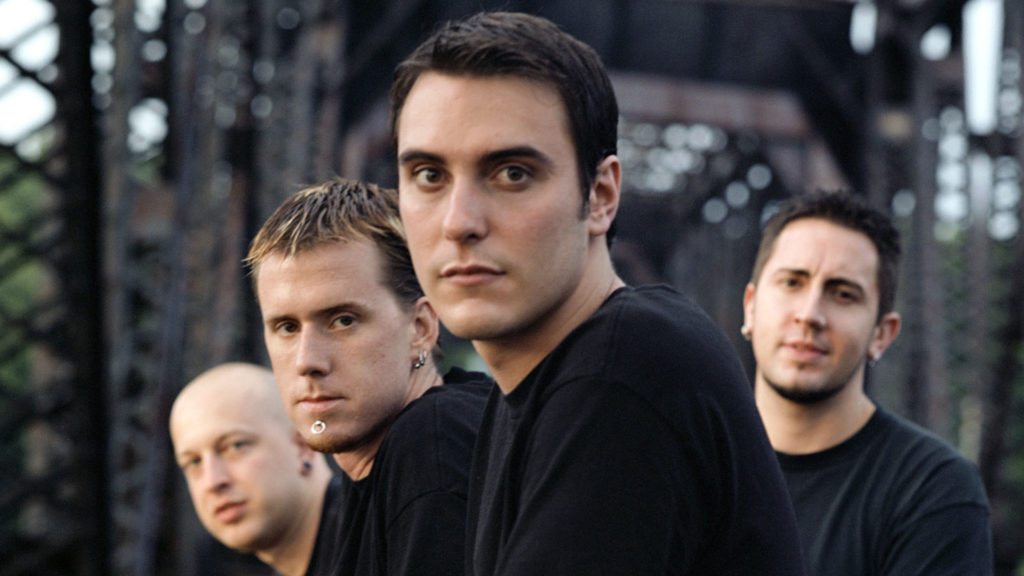 Heavy metal music isn’t everyone’s cup of tea. But if you’re in the market for an album that endorses the infamous dark side through cathartic outbursts of agitated metal and crisis-riddled lyrics, Breaking Benjamin’s sixth studio album, Ember, may have some appeal. While many tracks blur together due to indistinct melodies or homogenized lyrics, the album offers a handful of notable tracks that make for a fairly inoffensive listening experience.

The album’s opening, 30-second track is “Lyra,” which doesn’t do more than inspire a vague sense of dread and agitation in the listener, making the next song seem like a shock to the system. The next track, “Feed the Wolf,” gives the listener that rude awakening when a loud electric guitar crashes onto the scene, and a kickdrum uses the song as its personal punching bag. The track has a grimy sound and raspy vocals, which groan of hostile sentiments, including, “I can see the devil closing in / I choke the breath that dies to cry for help.” The track suffers from some unflattering mixing on the chorus, which makes the listener wince as the sound of distorted hell-cries mingles with the guitars, the overall effect of which sounds garbled.

Listeners are grateful for the opening of “Red Cold River,” which, while eliciting a vague impression of a river overrun with the blood of corpses, has an angsty and melodic opening. The sense of peace ends up lulling listeners into a false sense of security, and they are accosted by guttural screams urging listeners to either “run” or “roar.” It’s hard to know what the vocalists are actually saying there, but the effect sounds like a more tortured version of Nickelback. True to heavy metal form, the lyrics explain, “I can’t feel anything at all / This life has left me cold and damned.” Apocalyptic histrionics aside, the line is surely relatable for plenty of listeners, but doesn’t exemplify the most original lyricism.

The listener falls deeper into the album’s agitated metal ambiance with “Tourniquet.” The track relies on acidic guitars and more nondescript, gravelly shouts to drive home the point that “Love will tie the tourniquet / And suffocate me.” Breaking Benjamin’s relentless insistence on corrupting anything that offers salvation is truly commendable, and the lyrics contain the paradox of being rescued from the bottomless despair by submitting to it. Flutters of electric guitar notes cut through the saturated quality of the song’s heavy instrumentation, and the raspy screams of the chorus have a ringing, auto-tuned quality that give the song a much-needed, distinguishable melody.

There are a couple of standout tracks on the album, one of which is “Psycho.” The track has a zig-zagging melody carried by punchy guitars, and creates a violent turbulence that feeds into the paranoid quality of the song. The cosmic imagery of the lyrics gives the song a desperately-desired dose of variety to the album. After the abrasive verses about “the daylight choking,” the song cedes to “In the cold eternal light / I am the ember fading / Every scar we try to hide / I am the fake you made me.” Here, some emotional complexity appears, as the singer is simultaneously fighting and submitting to the inescapable struggle of living a sincere life. The overall sound of the chorus feels reassuring somehow, even though it feels like it’s teetering on the edge of a black hole.

Another highlight, “The Dark of You,” is a sensitive track that feels like the eye of the storm. It opens with a crackling thunderstorm, followed by hopeful piano notes and soothing synths, which has an energizing yet melancholy sensibility. The track breaks from the album’s usual, tormented rasping as it breathes of “the fall of humankind” and “the everlasting light,” elaborating on the album’s tendency to submit to the dark side in hope of gaining the peace that comes of refusing to fight a losing battle.

On songs like “Down,” and “Blood,” the ancient creatures of the underworld once again emerge with their scorching screams to remind us this album is well within the vein of its genre. “Blood” announces itself as increasingly despondent, as an outraged vocalist declares he’s “sick of all that was, tired of all that is,” and that he “wants to CRY.” The song has a five-second interlude when the abrasive guitars and stomping percussion finally let your ears remember what they felt like before the hounds of hell took up temporary residence there. With all the apocalypse and misery feeding the album, Ember creates a palpable sense of suffering, as well a visceral, energizing quality that turns the world’s negativity into something coherent and usable.