How #MeToo Forgot about Chris Brown

I have been known for my spicy hot takes in the past—my Beatles column ignited a fire that middle-aged men and devoted members of Beatles fan forums hadn’t felt since the ’60s, and my opinions regarding The Office have been known to be somewhat unpopular. For once, I have decided to be a little less controversial and deliver to my readership (which consists solely of my mother and those who dive deep enough in the web to find Beatles fan forums) a rather cold take: people should not be listening to Chris Brown in 2018.

This past weekend I found myself in multiple situations in which I was forced to listen to the hip-hop-artist-turned-domestic-abuser-turned-hip-hop-artist once again. At Showdown, multiple teams used the artist’s tracks to provide the rhythm for their dances on stage. It felt uncomfortable to watch an all-male dance team perform sexually explicit moves to the artist’s even more explicit song “To My Bed,” a song about how Brown and his lover (seriously, how could anyone want to engage in a romantic relationship with him?) are so impassioned that they won’t make it to his bed before they rip their clothes off.

On Marathon Monday, many people shared the coveted privilege of auxing the darty: BROCKHAMPTON, Natasha Beddingfield, Migos, Queen, and The Killers got everyone in the right mood to watch thousands of people run unnecessary distances in the freezing cold rain. Chris Brown killed the mood, for reasons other than the fact that he hasn’t released a good song since 2007.

The final straw came Tuesday morning, when I was still in recovery mode and aimlessly scrolling through Instagram stories and saw that Chris Brown apparently recently released a song that was ill-advisedly appealing to some girl with whom I went to high school. Why would anyone willingly advertise this man in 2018?

In 2009, the hip-hop singer was very publicly caught assaulting his then-girlfriend and fellow hip-hop artist Rihanna. The female singer’s face displayed obvious evidence of Brown’s abuse in the form of dark bruises and red cuts. You would think that Brown would disappear after this shocking revelation of domestic violence, but you would be very wrong.

Brown’s most recent album was released on Halloween 2017, and his most recent single was released on March 23, although his feature on Lil Dicky’s “Freaky Friday,” released March 15, garnered much more attention. The artist currently has 30 upcoming tour dates, two of which are in Massachusetts, and you can pay $500 a ticket if you are so inclined to meet Brown.

Why did the #MeToo movement forget about Chris Brown? We live in a society that is more willing to call out the misconduct of men in power than ever before. But if we have made any progress at all, why haven’t we let go of a man whose mistreatment of women was made very public years ago?

The most common argument I have heard in regards to continuing to consume the media of men who have perpetrated injustice against women is that we have to separate the work from the artist. To some extent, that argument may be valid—Aristotle was a misogynist, but Chris Brown is no Aristotle.

Everything Brown has produced has been produced better by someone else: “Yeah 3x” will never live up to the high standards for a party anthem set by Usher’s iconic “Yeah!” If Brown needs “Five More Hours,” Kanye West has “30 Hours.” Brown’s “With You” is fine, but I would be fine “With or Without You,” Chris.

(But seriously, there are so many love songs that are better than “With You”—John Mayer’s “Slow Dancing in a Burning Room,” Justin Timberlake’s “My Love,” Bob Dylan’s “Make You Feel My Love,” Beyoncé’s “Halo,” Elvis Presley’s “Can’t Help Falling in Love,” Ed Sheeran’s “Perfect,” Kendrick Lamar’s “LOVE.,” and of course Rihanna’s “Love on the Brain”—despite what your internal hopeless romantic fifth grade self will tell you. If you want to get in the mood, literally any other artist can do an adequate job.)

In 2018, there is simply no compelling reason why anyone should listen to Chris Brown. If this at all indicative of American society’s commitment to moral convictions, we can expect to be watching Kevin Spacey on the silver screen, maybe even in a movie produced by Harvey Weinstein himself, in just a few short years. 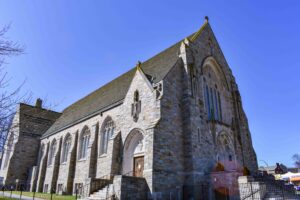