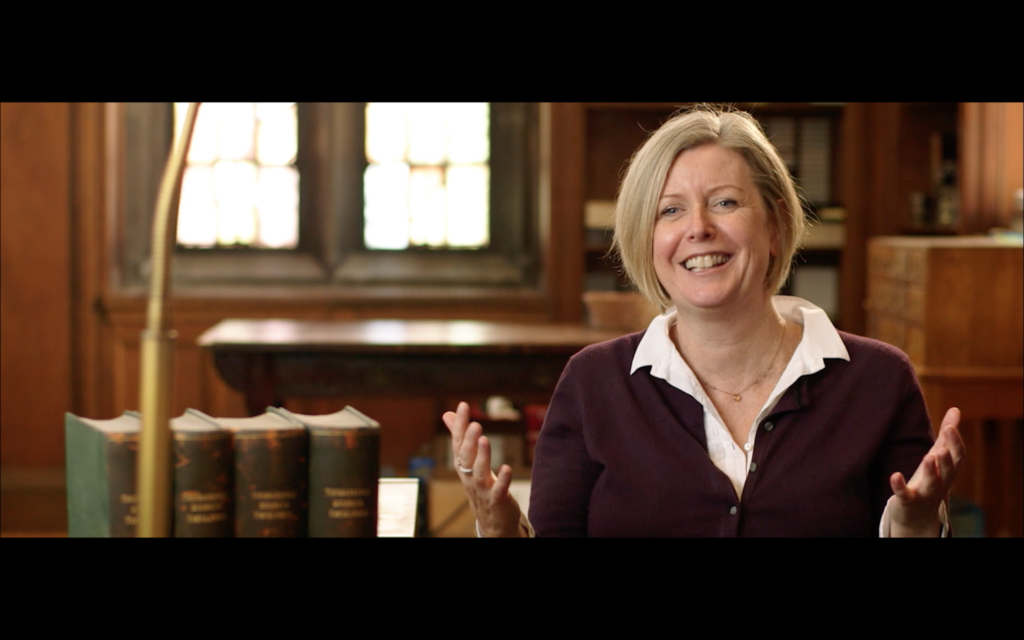 Whether it’s on an Admitted Eagles day tour, a discussion with an Orientation leader, or vaguely in passing sometime during freshman year, almost everyone on Boston College’s campus has heard of the legendary “dating assignment.” A select few freshman, placed in Professor Kerry Cronin’s Perspectives class, are given an extra credit assignment: Ask someone out on a date, and follow some guidelines. Adding to this local phenomenon is Cronin’s famous “date talk,” in which students pack a lecture hall to the brim to listen to Cronin speak about hookup culture on campus and about the decreased prevalence of dating as a practice in our culture and society.

Apparently, Cronin’s famous “date assignment” garnered enough attention to warrant a prominent place in a newly released documentary, The Dating Project. The film had a one-day screening in theaters on Tuesday. Directed by Jonathan Cipiti, The Dating Projects presents the stories of regular people and their experiences with relationships—or lack thereof.

The film follows five people. Two of them, Matt Chilton, CSOM ’18, and Shanzi Mahmood, MCAS ’18, were freshmen in Cronin’s Perspectives class at the time of filming three years ago. The others are regular people of varying ages—Cecelia, Rasheeda, and Chris— spread out across the country. While Chilton and Mahmood are simply on assignment for extra credit by Cronin, these other three people are experiencing real difficulty forming meaningful and long term romantic relationships.

The Dating Project criticizes hookup culture—a society that prioritizes and socially rewards people who engage in short-term encounters based only on physical attraction.

While Cronin, Chiltonm and Mahmood occupy a large part of this film, their involvement with the overall project is actually fairly minimal. The filmmakers had been working with and filming these three people across the country for almost a year by the time they got to campus, but the filming at BC took a much shorter time.

“The women who were writing the film and the director emailed me a bunch of times,” Cronin said. “They got me on the phone and they sounded so nice and sane, so I agreed to meet with them.”

When the crew of The Dating Project arrived, they found themselves staying longer than they had planned.

“They were supposed to come to campus and film me [for] one day, giving the dating assignment to my freshmen that year,” Cronin said. “That year was the year of the 100+ inches of snow, and they got snowed in and so they stayed for three days, so they filmed a lot.”

While Cronin is pleased with the way The Dating Project turned out, she and her students had very little oversight on the production itself.

“They filmed us and then they left, that was it,” Cronin said. “We had nothing to do with how it played out. There was no money or anything.”

There’s nothing about the movie that stands out as something Cronin would change, either.

“It was very organic and I think they did a good job editing it, and with the music, and I think it’s beautifully shot,” Cronin said. “I think it’s got religious elements … but it’s a light touch with that.”

The Dating Project was produced by Pure Flix, a Christian film and television show. The film does not present a religious view of this situation directly—Rasheeda discusses her personal views on religion and her desire to find someone who shares those views.

Cronin’s date assignment is not intended to change the world in any way, religious or otherwise. Instead, she is “just trying to have good conversations with [her] students about what’s the best way to live.”

It seems that students appreciate her candor on the subject, and on her extra credit opportunity with the date assignment.

I think the dating assignment is a great way to push people out of their comfort zones and experience true vulnerability,” Mahmood said in an email. “It’s not a test of romance, but of personal courage and confidence which is often hard to come by in a college environment.

Throughout The Dating Project, the audience watches over a long period of time as Cecilia, Rasheeda, and Chris struggle with loneliness and dissatisfaction with romantic relationships, while tracking Chilton and Mahmood over a short period of time as they discuss their thoughts and feelings about the dating assignment.

While she is pleased by the end result, Cronin has little desire to turn this into a regular occurence.

“Two other documentary film writers have contacted me since then and I’ve said no,” Cronin said with a laugh. “I’m done with being on the screen.”

The Dating Project has finished its one-day theatrical run, but its website contains a form in which those interested can request information on potential DVD releases, or to request a screening near them.