With students heading home in a few weeks after exams come to an end, Boston College’s Facilities Management’s work will continue on through the summer. Some of the projects it’s taking on are typical of a summer at BC—The Mods need to be fixed up and different residence halls across campus need carpeting and painting done to freshen the rooms up. But this summer, Facilities is also continuing to work on some of the longer-term projects around campus, as well as working behind the scenes to make sure every building is at its best.

The biggest projects Facilities is working on over the summer are finishing off work on the Harrington Athletic Village on Brighton Campus, finishing the fieldhouse being built on what was formerly known as Shea Field, and making as much progress as possible on the new recreation center.

The baseball and softball fields just need to have their press boxes finished, while the third field—an all-grass one intended for recreational use—will be sodded and ready for use sometime in June. The fieldhouse is supposed to be done by mid-July—at time of publishing, facilities is working on the fieldhouse roof and adding a storm detention system. Following the completion of the building, Facilities will turn its attention to the natural grass practice field it plans to build next door. The recreation center will reach the finish line around summer 2019. At the moment, the priority is getting all of the building’s steel finished so Facilities can go to work on the inside of the building.

On that note, Facilities is bringing natural gas to St. Mary’s, Robsham Theater, and 66 Commonwealth Ave., as well as maintaining dual-temperature lines that go to Vanderslice Hall and 90 St. Thomas More Rd.

Conte Forum and Alumni Stadium will be getting upgrades as well, specifically to their lighting systems. Conte will also see the construction of a press box that will be referred to as “The Eagles Nest.” Larger office space for the ACC Network is also being put together, as well as an expanded control room.

On the academic side, Carney, McElroy Commons, O’Neill Library, and McGuinn will see specific renovations. WZBC, BC’s campus radio station, will have some work done in its studios, while Carney is receiving extra attention this summer because some of the programs currently housed in Cushing will need a new home when Cushing is torn down as a part of the Schiller Institute construction project. McGuinn needs roof repairs done before the beginning of the fall 2018 semester. O’Neill needs work done on the office space on its fifth floor, due to new faculty moving into them this coming semester. The lab spaces in Devlin Hall that earth and environmental sciences uses will also be receiving Facilities’ attention over the summer.

Residence halls will be receiving more specific renovations as well. Rubenstein is having 36 of its kitchens and bathrooms redone, Greycliff needs roof repairs, and Voute and 2000 Commonwealth Ave. will have BC-run mail lockers added to their amenities—they will run similar to the way Amazon Lockers are. In addition, the third, seventh, and eighth-floor lounges in Walsh are being redone in time for the start of the fall semester.

Finally, all around campus, masonry repair and landscaping projects will be undertaken to brighten up various areas of campus, including repairs for both the Beacon St. and Comm. Ave. garages.

“We had a good year,” said Dan Bourque, vice president of Facilities Management. “Everybody has worked hard throughout the academic year, we’ve had some challenges weather wise with the snow, the winter, and the rain, we’ve had some tough times trying to do the construction activity because of the weather but we’ve continued to push through it. We’ve got a good team, everyone’s worked hard through the year. Everyone’s working together trying to do their best for BC.” 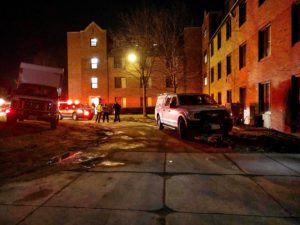 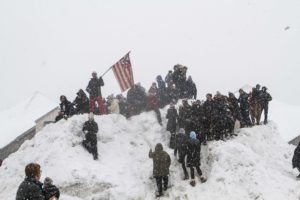 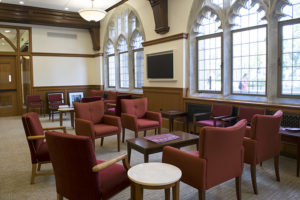