Fleabag opened with a skit featuring the group’s co-directors, Caitrin Assaf, MCAS ’18, and Sara Elzeini, MCAS ’18, brainstorming ideas for the Spring Big Show. The skit featured the other members of the group as manifestations of the ideas of the two funny females. Nick Edel, MCAS ’19, portrayed the emotion of anger by delivering a very convincing tantrum and Michael Bamford, MCAS ’20, offered comforting thoughts for sensitive incoming freshmen while acting as an orientation leader stereotype. The group referenced its most famous alum, Amy Poehler, BC ’93, and closed the skit with an SNL-style group chorus of “It’s My Mother’s Fleabag.”

“Freeze” was the first game of the night, in which members of the comedy troupe can freeze other members during the skit and replace them with two other Fleabaggers, who then have to pick up in the same position. The skit started off with Brendan McGinty, MCAS ’20, stretched out on the stage next to Sam Harmon, MCAS ’21, who was on his knees with his arms stretched above his head. McGinty took control of the skit by convincing Harmon it was no longer necessary to worship the sun like a deist, earning loud laughter from the crowd as Harmon bowed to the sun. Later in the game, Elzeini acted out a babysitting role reversal as a 9-year-old tasked with making a sandwich.

Edel introduced “Radio DJ” and asked the crowd for suggestions of radio stations and a topic of discussion before assigning the Fleabaggers their roles. Tom Mier, MCAS ’19, quickly adapted to his role as a Broadway radio host by performing “Singin’ In the Rain” and replacing rain with a different type of weather each time. Assigned Book of the Month Club radio emcee, Bamford related to the crowd of students, admitting he only read the Spark Notes and opting to speak about the weather with listeners instead.

Fleabag then turned to a quick game of “Bing,” in which Assaf and Ari Malliaros, CSOM ’19, portrayed astronauts. Assaf seemed excited to experience her first time sans gravity, while Malliaros admitted he was just glad to get away from his family. Elzeini “bing”ed away as the two comedians switched places on the stage utilizing a number of dance moves and leapfrog hops.

The group stepped away from the stage during a movie trailer video for a film titled Belt Mike, which detailed Bamford’s tenure as a murderer whose choice of weapon is a black leather belt. Hilariously incompetent detectives Harmon and Malliaros trail the odd criminal across BC’s campus while other members of Fleabag team up to catch the culprit who murdered their friend, Maggie Cetrullo, MCAS ’21. Cetrullo cries to her frenzied friends, “He didn’t kill me,” but the group mistakes her for a ghost. Throughout the video, members of the group contemplate the “dangerous man’s” odd choice of weapon.

The improv troupe turned to a game where members have to pull from broad categories to construct their “85 blanks walk into a bar” joke. During the cocktail-themed round, Maya Rao, MCAS ’21, filled the imaginary bar with pencils before using a clever play on the word crayon for her joke about a vodka cran.

Fleabag followed with a game in which every comedian has to die during an improv skit based on the audience’s suggestions of a Roman cavalry and New Orleans. Anna Livaccari, MCAS ’20, was first to die when run over by McGinty, a Roman cavalier, while partying on the city’s famous Bourbon Street.

The group then constructed a skit based on Assaf’s brother Brendan’s recollection of his day, which included a gentle awakening from his parents, a family static shock war, dancing like cowboys, and boys’ day with his dad. The interesting skit was followed by a game in which four comedians form a square on stage and perform different scenes about tires as Malliaros panned left and panned right. Highlights included Mier acting as a factory manager who is “tired” of running the factory and goes rouge, introducing a Hunger Games-style competition to his employees, who he and Edel armed with woefully inaccurate flintlock pistols. Mier also acted out a scene with Claire Wilson, MCAS ’20, where the two were attempting to start a tire fire, but Mier kept popping the tires.

The last game of the night was called “5 Things, 4 Minutes,” a game in which Assaf had to guess the phrases “twisting floss with Santa in Russia,” “wrestling turtles with Dwayne ‘The Rock’ Johnson in The Mods,” “tightrope walking legos with Beyoncé in Miami,” “jumping giraffes with Melania Trump at Disney World,” and “stretching pencil sharpeners with George Washington” based on the acting of Edel and Malliaros.

The night ended with an a cappella performance featuring songs by single ladies. Fleabag remixed Kesha’s “Tik Tok” with a Marathon Monday theme and sang “Hello from the Salad Line” during an alternate version of Adele’s “Hello” about eating healthier at BC. Senior co-directors Elzeini and Assaf put a senior year spin on “Four, Five Seconds” with the lyrics “four weeks till graduation” and “just trying to make it back home by 5 a.m.” for their final Spring Big Show. 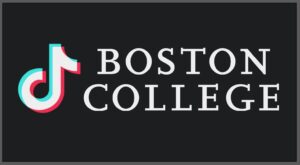 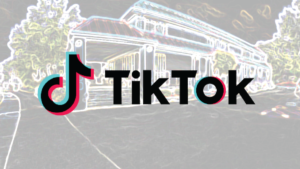