In honor of the day that he so publicly celebrates, “420 Freestyle” is exactly what the track title says it is: Wiz Khalifa freestyling about his life and his love of the green. Originally an a cappella video released a few weeks ago, Khalifa took that crude flow and re-released it as a full track. As a freestyle, there is no chorus or hook or other standard component of a song, just continuous flow—something Khalifa pulls off perfectly. Simultaneously well-produced and raw, this polished up freestyle is impressive to say the least.

The beat and production are flawless, with a sample that is both eerie yet energetic—Khalifa is balanced perfectly over the bass and hi-hat. Khalifa’s original raw freestyle is nonetheless left intact—he easily freestyles at an incredible pace for the entire track. His rhymes aren’t perfect—he says it himself: “my style ain’t polished”—but the errors only serve to support the track’s appeal.

With rumors of a new album flying, many fans have been waiting for some sort of track to come out. While not part of any album and purposely released on 4/20 to match the title, this track is clearly a gift for his fans—and a great one at that.

Grammy-winning artist Damian Marley pays homage to the day with this remix of his song “Medication,” now featuring Wiz Khalifa, Ty Dolla $ign, and Stephen Marley. This well-created reggae song is already known for being top-class, and the remix doesn’t hurt its reputation at all. With clever lyrics being at once personal and marijuana-adjacent, Damian smartly introduces some sympathetic voices in his track who have strong contributions to add to his song. Released on 4/20, this remix fits perfectly into the culture of the day.

This newest collaboration between electronic duo Flosstradamus and Miami-rapper Smokepurpp is a hard-hitting slammer that does nothing wrong. The unique and well-produced baseline carries the song well, with Smokepurpp’s flow fitting perfectly over it. The highlight of the song is definitely the middle portion, where Floss’s beats are their most complicated and Smokepurpp’s flow is at its most aggressive. While at times repetitive, this song is still a banger and worth a listen. 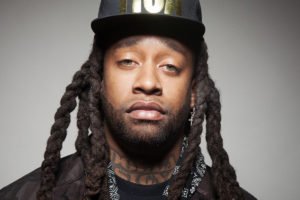