Home » Arctic Monkeys Reach for Stars, Get Lost in Space on ‘Tranquility Base’ 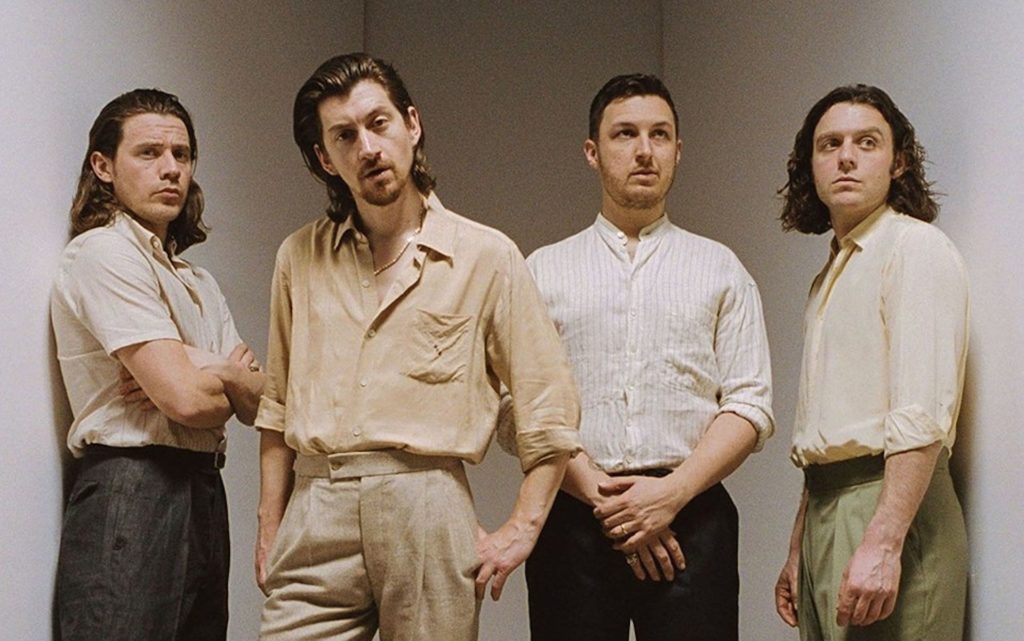 Arctic Monkeys Reach for Stars, Get Lost in Space on ‘Tranquility Base’

If the British rockers Arctic Monkeys Americanized their sound for AM, the band universalizes their sound on Tranquility Base Hotel & Casino—released on May 11—with creeping spacey beats and imaginative lyricism. The wild success of their last album has endowed the Arctic Monkeys with a new confidence to take bold musical risks, some of which are more successful than others.

The album opens with the lyric “I just wanted to be one of The Strokes” on the track “Star Treatment,” but the ensuing jazzy piano and relaxed chord progression of the track leave the band far from the signature gritty garage rock sound of The Strokes, and even that of the early Arctic Monkeys. Guitar takes a backseat to creeping piano and deep basslines on Tranquility Base, causing a shock to fans and critics alike.

Frontman Alex Turner cut the album’s demos using a Steinway Vertegrand piano and a Revox A77, a ’60s era recording device, to give the album its distinguished “slap-back and wobble,” birthing a new, self-indulgent sound for the band’s sixth album. While Turner makes no concessions to conventional tastes on the album, he does preserve his eloquent, often elusive lyricism for Tranquility Base Hotel & Casino. Turner flirts with abstract images of “the martini police” in “Star Treatment” and four star gentrified “taquerias on the moon” on “Four Out of Five.”

Arctic Monkeys find a niche for the piano within their usual effortlessly cool beats on “One Point Perspective.” The song winds its way through grandiose daydreams of political campaigns and taking a “swim with the economists” before concluding the first and last verses with the line “Bear with me, man, I lost my train of thought.” A steady piano note provides the heartbeat for the song, while spacious basslines course through its veins before the shell of an electric guitar riff breathes life into an otherwise introverted background beat.

“American Sports,” “Tranquility Base Hotel & Casino,” and “Golden Trunks” are some of the more experimental tracks on the album—both musically and lyrically. Turner finds himself in a rapidly unravelling technological state on “American Sports.” Baritone and slap steel guitars snake unconventional sounds through a techno charged beat while Turner croons lyrics about “weekly chats with God on video call” and “Breaking news, they take the truth and make it fluid.”

Arctic Monkeys join the increasingly popular modern rock trend of synthesizer laden beats on “Tranquility Base Hotel & Casino,” leaving the rustic-yet-refined rock sound of AM lightyears away. On the title track, Turner plays the role of phone operator for the moon-based hotel. Turner takes punches at the strange spectacle of the Trump administration in “Golden Trunks,” drawing a comparison between “the leader of the free world” and a “wrestler wearing tight golden trunks” over menacing organ tones.

“Four Out of Five” is the most authentically Arctic Monkeys song on Tranquility Base. A complex guitar chord progression floats like a cloud of smoke from one of the frontman’s cigarettes as he imagines a world on the moon, which he advertises by repeating the phrase “four stars out of five.” Matt Helders provides a sparse beat for the song, a far cry from the passionate percussion of past tracks, such as “Brianstorm” and “A Certain Romance,” that established the band as a leading rock group. While “Four Out of Five” is innovative and original, it serves as a reminder that even the best of Tranquility Base doesn’t measure up to the group’s past work.

Circus-like keyboarding and drums make “The World’s First Ever Monster Truck Front Flip” feel like a car wreck at the onset, but the tacky tones give way to an offbeat symphony of jazzy brushed drum and acoustic guitar that provides the perfect background music for Turner’s vocal vulnerability. “She Looks Like Fun” continues the trend of mixing uncomfortable sounds with refined romanticism, as Turner’s voice takes on a Presley-like persona during the verses.

“Science Fiction” and “Batphone” both rely on heavy beats to hammer their messages home. On the first track, Turner romanticizes elements of science fiction novels such as “religious iconography giving you the creeps” and a “swamp monster with a hard-on for connectivity.” A grim organ looms in the background as Turner sings of self-awareness during “Batphone”: “I launch my fragrance called ‘Integrity’ / I sell the fact that I can’t be bought.”

Turner gets in touch with his soft side on “The Ultracheese,” the quintessential Arctic Monkeys love song. The reminiscent tone of the lyrics and a sound strikingly similar to that of “No. 1 Party Anthem” make for a familiar end to the largely unfamiliar album. Turner croons about a song that “stays between us, Steinway, and his sons / Because it’s the Ultracheese,” perhaps referencing a cheesy love song that didn’t make the album’s cut. The album concludes with a howling note from Turner, hollowed out by the empty space once occupied by the grand instrumental.

While the album certainly breaks from the band’s past work and falls short of the acclaim of Whatever People Say I Am, That’s What I’m Not and AM, the Arctic Monkeys provide a fresh perspective to an increasingly converging alternative rock genre. If we are forced into to taking a five year stay at the Tranquility Base Hotel & Casino, it’s likely other bands won’t catch up to the Arctic Monkeys’ innovation by the the time we check into the band’s next daydream. 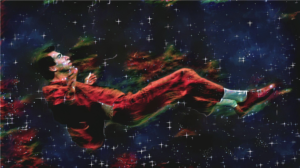