Canadian rock group Alvvays played the Red Stage as a thin but continuous sheet of rain covered the audience. The large crowd of poncho-wearing people swayed to the slow drum beats and calming guitar riffs as vocalist Molly Rankin worked her way through melancholic lyrics. Fans of the band sang along to the loved-up lyrics of “Dreams Tonight” and watched as bright stage lights illuminated the droplets falling from the sky during the band’s final track, “Next of Kin.”

Comedian Max Silvestri asked the arena audience to “make some noise if you’re a straight white dude” during his Boston Calling set during the third day of the festival. Although joking, Silvestri summed up one of the largest criticisms of the festival on a day that was marked by a whitewashed lineup—Khalid was one of few non-white performers on Sunday. The comedian continued his social justice-themed set with jokes about the culture of toxic masculinity in Boston, dubbing the city “one of the best places to be called ‘faggot’ from the window of a car.”

Female comic Cameron Esposito, BC ’04, kicked off her 30-minute set with pointed jabs at her alma mater.

“I figured out I was gay at [Boston College]—it was a f—king nightmare,” said Esposito.

Esposito also discussed her rugby career at BC, recalling memories of basement parties with strippers. Esposito then started a standard bit about the Trump administration that earned applause and laughs from the packed arena, but did not sit well with some viewers. An audience member yelled “Where is the comedy?” a few minutes into the bit, causing Esposito to launch a full-fledged defense campaign on the stage and conclude the bit with, “If you like Trump in Boston I am so stressed for you.” Despite some tension early on, Esposito did a good job of tying jokes back together during the set and provided fans with a prime opportunity to escape the weather while being entertained.

The Decemberists took the stage in the early evening and excited the audience with a feisty folk rock set. Based in Portland, Ore., the band brought all of the stereotypical Portland charm and quirkiness to the set, utilizing cellos, saxophones, and other unconventional instruments for a rock band throughout the set. Lead vocalist Colin Meloy sang with an irreverent detachment in his raspy voice during “Sucker’s Prayer” and “Everything Is Awful,” both tracks from the band’s recently-released I’ll Be Your Girl.

Meloy issued an explicit language warning prior to the band’s performance of “Ben Franklin’s Song,” a song written by the esteemed Hamilton playwright Lin-Manuel Miranda and sent to the band for them to add music to the track. The crowd enjoyed the chorus that questions “Do you know who the f—k I am?” before introducing a new line about Franklin’s many achievements for each chorus. The obvious highlight of the band’s set was their final song, “The Mariner’s Revenge Song,” during which a giant blow-up whale floated around the sea of rain jackets and plastic ponchos, and the audience screamed when Meloy discussed being torn to bits by a whale in the ballad.

Fleet Foxes followed the set with a more relaxed folk sound on the Delta Blue Stage. The band opened with “Grown Ocean,” an upbeat track with a pulsing drum beat and calming lyrics. The crowd immediately recognized “White Winter Hymnal” and sang along to the ethereal lyrics while swaying under the warm lights piercing the gloomy sky.

Rising R&B star Khalid performed on the Red Stage as a large crowd gathered in anticipation for headliner Eminem. Khalid gave a high-energy performance, moving effortlessly across the stage with a group of backup dancers in tow. The young artist signaled the start of “Young Dumb & Broke” with bright white lights before jamming to the bass-heavy hip-hop beat with the hit song’s video playing on the screen behind him. The singer’s unique voice left the audience awestruck as he perfectly navigated the challenging range of “Location” during his final song.

The Green Stage was overcome with a massive swarm of people eager to see rap legend Eminem, the final performer of Boston Calling 2018. The rapper opened his set with a video of a skyscraper-tall version of Eminem smashing cars in downtown Detroit, the rapper’s hometown. Eminem opened with fireworks during his verse on “Medicine Man” before igniting the crowd with “Won’t Back Down.” Marshall Mathers, the man behind the larger-than-life personality Eminem, showed vulnerability during “Walk On Water” and “Love The Way You Lie,” both of which were accompanied by vocals from a guest female singer.

Following the performance of “Kill You,” an all too realistic gunshot sound cut through the air, causing an audible scream and a visible flinch from the large audience. Given the horrific show of gun violence at the Las Vegas Route 91 Festival that left a gut-wrenching 59 dead, the gunshot noise was a tone-deaf move by the rapper and his crew. Audience members warmed up again once more fireworks and hits with insanely fast verses ensued—the drenched figures bounced up and down and echoed the lyrics during performances of “Forever,” “Berzerk,” “My Name Is,” and “Not Afraid” and cheered loudly when the rapper asked “how many people here want me to date Nicki Minaj?” Eminem returned for a pyro-filled encore performance of “Lose Yourself” that lit up the Boston night sky, but the loud chanting of xenophobic lyrics throughout the set and the strange gunshot incident left festival goers wondering if Boston Calling was left in the darkness by its unsettling lack of diversity and poor executive decisions. 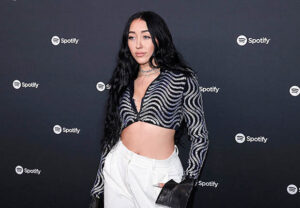