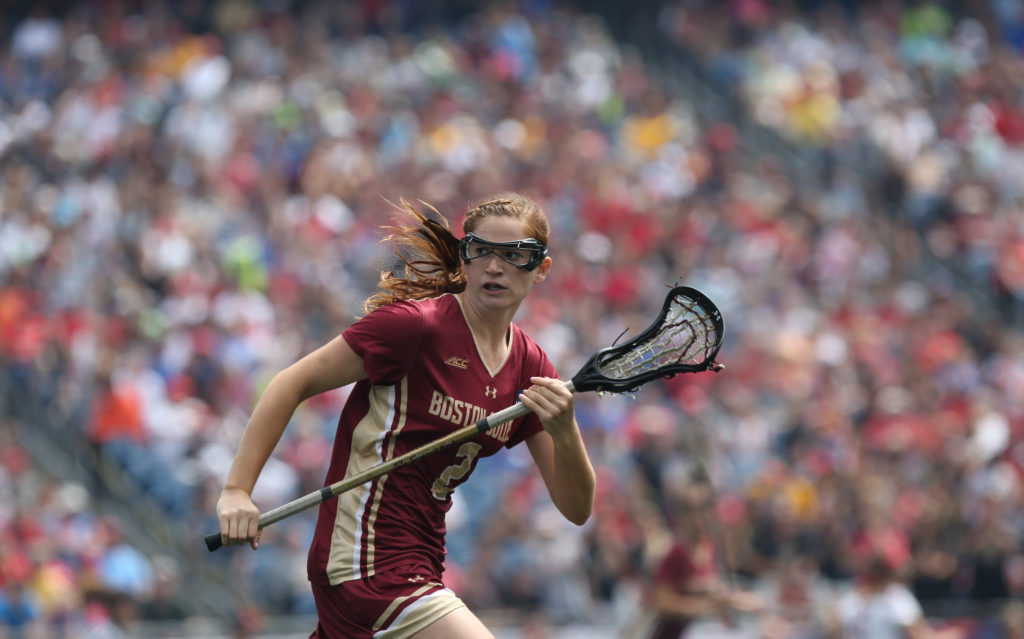 For the past 12 years, a midfielder from either Maryland or Northwestern—the two most prestigious programs in women’s lacrosse—has earned National Player of the Year honors. But the 18th annual Tewaaraton Award Ceremony brought new blood to the table.

On Thursday night, Boston College attacker Sam Apuzzo was named this year’s award winner and, in effect, National Player of the Year, at the Smithsonian Institution’s National Museum of the American Indian in Washington, D.C.

Apuzzo’s age didn’t hold her back. Just like last year, the West Babylon, N.Y. native established herself as one of the most explosive players in the country from the very start of the season. In the Eagles’ first six games of the 2018 campaign—three of which were against top-20 opponents—Apuzzo racked up eight or more points on four separate occasions. Instantly, she had a commanding lead over every player in the national scoring ranks. Eventually, the junior slid to the third spot in that department, but her numbers were just as impressive, especially considering the fact that she was guiding an ACC team to an undefeated regular season and its second-straight National Championship appearance.

When all was said and done, Apuzzo finished with 88 goals (third in the NCAA), 41 assists (19th), and 129 points (third)—26 more than any other player on the team. She improved across the board, ultimately breaking the program’s single-season scoring record that she set the year before. Nearing tournament play, Apuzzo’s stats fluctuated, as opponents decided to faceguard her, often taking her out of the game for 10-15 minutes at a time. Still, the junior came through when it mattered most, recording 11 points during championship weekend.

Perhaps most impressive, Apuzzo served as more than just a playmaker. She was also a star in the circle. The ACC Attacker of the Year set BC’s single-season record for draw controls with a whopping 163—the second-most among the five Tewaaraton finalists. Even though Ohlmiller and her teammate, Courtney Murphy, had Apuzzo beat on the scoring chart, the junior’s ability to swing momentum on the draw made her more of a complete player than any of the other nominees.

Apuzzo has already set or tied the single-season program record for points, goals, assists, and draw controls, and she’s approaching the same status for her career marks. Now a Tewaaraton Award winner, all she’s missing is a national title.