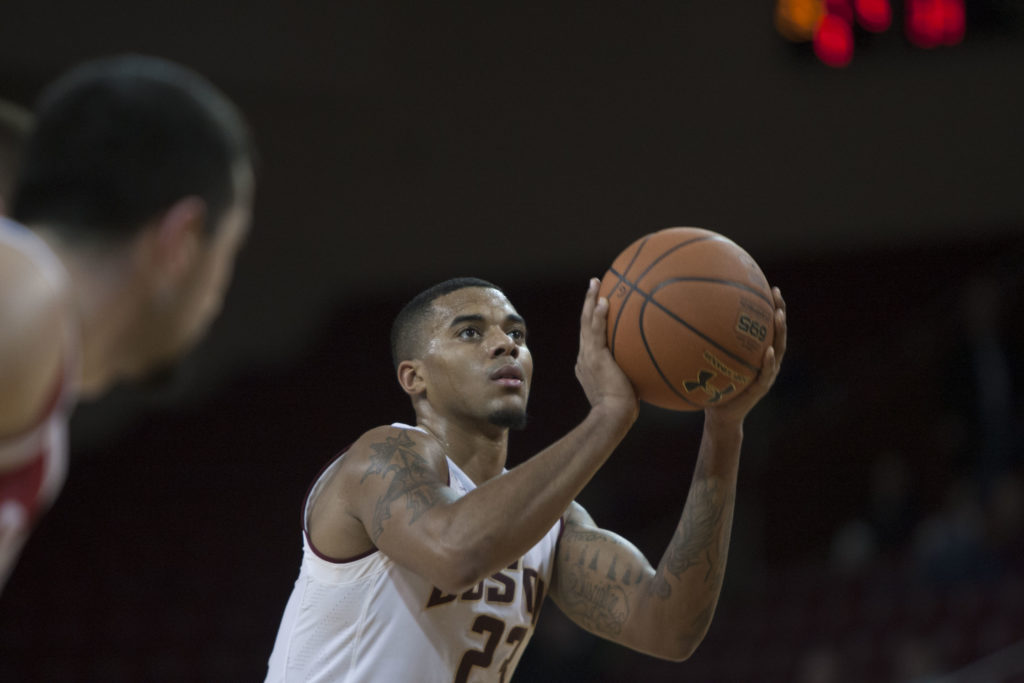 Boston College men’s basketball forward Teddy Hawkins has opted to forego his sixth year of eligibility and sign with an agent to pursue a professional career instead, Eagle Insider reported on Tuesday morning. It wrapped up a roller coaster collegiate career for the 6-foot-8 Ohio native, who spent four years at Illinois State after a controversial academic decommitment to Wichita State and had one abbreviated eight-game stint with the Eagles.

Hawkins impressed in his limited time with BC, averaging 12.4 points and 9.1 rebounds per contest. The graduate transfer was a key part of the post play and had entered his final game of the season—against Nebraska on November 29—averaging a double-double. He managed just 11 minutes against the Huskers before a non-contact knee injury preemptively ended his season.

His absence was obviously felt, but it also allowed several pieces to flourish for head coach Jim Christian’s Eagles, especially with Hawkins serving as an older bench presence on a roster that didn’t feature a single senior. Steffon Mitchell quickly earned a spot in the starting lineup and impressed, while Nik Popovic—he the butt of many jokes after struggling as a freshman the year prior—grew into a consistent contributor. Mitchell, the team’s best defender, routinely stuffed the stat sheet, while Popovic averaged 10 points and six rebounds.

Losing Hawkins for next year would hurt the team a lot more if those two hadn’t grown, plus the addition of a top-100, four-star recruit in Jairus Hamilton adds an important piece. With Jerome Robinson also bound for the pros, the Eagles will have to bounce back after departing talent both at guard and forward, but the pieces to soften the blow are already there. Throw in another potential grad transfer next year with a scholarship still open, and BC should be able to turn in a record similar to a season ago.