‘Ant-Man and the Wasp’ Shrinks Under Pressure of Cinematic Universe

Well, the streak had to end at some point. Marvel, you were doing so well. What happened? Thor: Ragnarok. Black Panther. Even Avengers: Infinity War was highly thought of by many of your legions of fans. Now, Ant-Man and the Wasp. Unanticipated by moviegoers, attended by those of us who needed something to see on a relatively slow weekend, families with children in tow, and those die-hard acolytes of all things superhero, Ant-Man and the Wasp came scurrying out of Marvel’s nest of properties to casual, yet deserved disinterest.

It seems the tried and true method of throwing a few action sequences, copious humor, and a bad villain at the wall to see what sticks in the shape of a movie has finally worn out its welcome. Perhaps this is because, faults aside, Black Panther and Avengers: Infinity War both have compelling antagonists. The wool has been lifted—people finally see that Marvel is capable of quality opposition, instead of almost cartoonishly evil villains who might as well be wearing an eyepatch, a hook, and stroking a snow-white cat while sitting in a high-backed leather swivel chair. So, when Ant-Man and the Wasp tries to go for quantity over quality in terms of “bad guys” or even “bad guys with nuance,” it sits ill with those who have seen that better is possible.

But the movie itself certainly deserves some discussion. Ant-Man and the Wasp is the second standalone Ant-Man movie in the Marvel Cinematic Universe, while the character of Ant-Man has appeared in other Marvel properties like Captain America: Civil War. Ant-Man is a superhero whose suit allows him to grow and shrink at will (except in this movie, where it malfunctions at key plot moments and also for comic relief). The suit is worn by Scott Lang (Paul Rudd), our stand-in everyman character. Ant-Man and the Wasp finds our hero at the end of a two-year stretch under house arrest after violating the Sokovia Accords (in a beleaguered attempt to maintain the film’s contact with the rest of the MCU). While maintaining appearances for the FBI who periodically invade his house to make sure he hasn’t been in contact with anyone like Hank Pym (Michael Douglas) or Pym’s daughter Hope van Dyne (Evangeline Lilly), Lang must help the two in the Rube Goldberg machine of obstacles that pop up in front of their plan to retrieve Hope’s mother Janet van Dyne (Michelle Pfeiffer) from the quantum realm. Searching for complexity, Ant-Man and the Wasp foists a slew of apparently plot-significant motivations on the legion of side characters that permeate the film. At every turn, the audience meets a new well-known face actor who’s trying in vain to pretend their character’s goals matter. There are more than a few clunky line-readings, and unfortunately many of them are from Michael Douglas, who is jarringly out of place in this film. Ant-Man and the Wasp does make attempts to mask ample exposition in the guise of humor, but the movie does a lot of telling rather than showing. What this amounts to is a sense of a campy sci-fi episode of a television show. Low stakes, some bad dialogue, disparate and frayed plot threads, and a hurried weaving-together of the film into a neat little bow by the end.

Within the larger MCU cantos, Ant-Man and the Wasp is a square peg in a round hole. In a vacuum, the stakes this movie sets out might feel proportional, but because this movie apparently takes place at the same time as Avengers: Infinity War, we seem to be making mountains out of mole hills, or beaches from grains of sand. Was it just that Marvel needed another movie to come out this year and make at least $100 million? Or was it that Paul Rudd’s film schedule wasn’t working for Infinity War so they decided on this instead? The intelligent design behind Ant-Man and the Wasp might instead be a desire to bring Evangeline Lilly’s Wasp into the fold, setting up the MCU for the post-Infinity War seemingly NeverEnding Story of interconnected movies. Fingers crossed.

But what did Ant-Man and the Wasp do right? Pretty much the same things as Ant-Man. Paul Rudd, Michael Peña, a small roster of side characters with more personality than most of the important members of the cast, and some good jokes. It worked last time, and it works again here. Rudd and Peña both turn in a good performance, in line with the characters that have been created for them. Judy Greer and Bobby Cannavale are woefully underutilized but restoratively funny when they make an appearance. Lang’s daughter Cassie, played by Abby Ryder Fortson, is one of the shining bright spots of the film. The character is fun and refreshing, and Fortson turns in a remarkable performance. Unfortunately, they do not save the movie from mediocrity. In groan-inducing irony, Ant-Man and the Wasp cannot grow large enough to fill the boots of its other Marvel relatives. 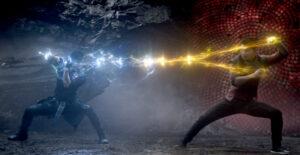 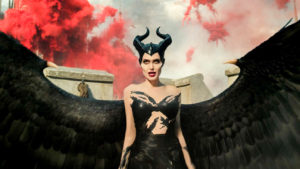