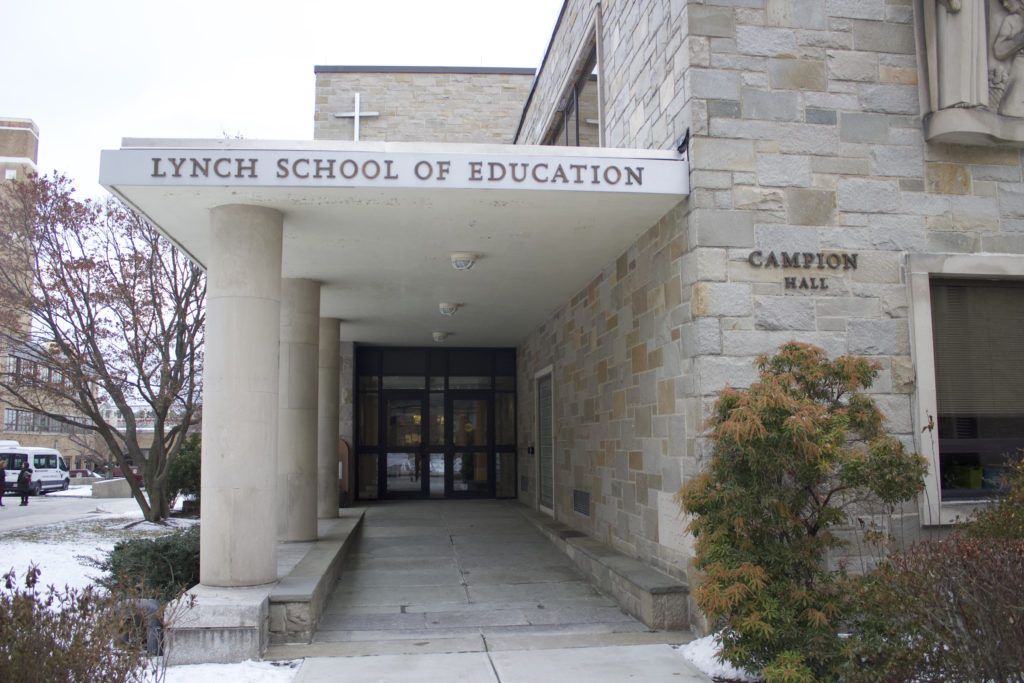 Xfinity on Campus Headlines New Additions from BC Tech Services

Starting this fall, all students living in on-campus housing will have access to the Xfinity on Campus streaming service. BC Information and Technology Services (ITS) announced the addition in late June alongside upgrades to the Boston College G Suite and fixes to security issues.

Through Xfinity on Campus, students can both stream from over 100 TV channels and access shows and movies available through Xfinity On Demand. The service also offers up to 20 hours of DVR recordings. Students will be able to stream from anywhere on campus, with certain channels available anywhere through third party “TV Everywhere” apps such as ESPN, CNN, and Comedy Central.

Although students can access Xfinity on Campus on computers, smartphones, and tablets through their browsers or the Xfinity Stream app, the service is only TV-compatible through a Roku streaming device.

ITS also updated the Google suite, with changes ranging from simple visual tweaks for the sign-in screen to expanded functionality for Google Hangouts. They also implemented a reworked in-browser Gmail interface. The new setup integrates Google Calendar, Tasks, and Keep, an application for making notes and lists. Users can also “snooze” emails for a reminder later and will have access to expanded options for the automatically-generated “smart reply” function.

Students can switch between the classic look and the new interface through the settings icon until October 2018.

The upgraded Boston College G Suite also includes a Google Hangouts, which now combines the roles of Google Hangouts, formerly only a video chatting service, and Google Chat, a chat room service. The enhanced Google Hangouts can be accessed both in-browser or through an app.

According to Michael Bourque, vice president of ITS, BC also made large improvements to wireless infrastructure and security problems. In one notable step, ITS teams added over 500 new wireless access points, which will improve Wi-Fi coverage on campus and scale the number of devices that can connect.

ITS has also addressed several security issues, most notably Spectre and Meltdown. Both of these vulnerabilities, widely publicized in January of 2018, could obtain sensitive data such as passwords and encryption keys. Spectre did this by forcing processors into guessing what information the computer needed next, a process called “speculative execution.” As the guess was made, hackers could momentarily access the data involved. Meltdown exploited a bug in Intel processors that also used speculative execution to read all of a computer’s physical memory.

Finally, a Heights investigation found that a mistake in the default settings of BC Google Groups allowed any user in the BC G Suite to access hundreds of communications and documents with restricted, confidential, or otherwise sensitive information last December. ITS changed the permissions settings to private, and Google later released a fix that allowed administrators to change the default permissions to “private.” Bourque confirmed that no additional changes have been necessary since then and that ITS now monitors groups with universal access to ensure that such a setting is intentional.

Correction (8/27/18, 8:15 a.m.): The last paragraph of this piece upon its original posting intimated that ITS was responsible for the Google Groups security gap rather than being the party partially responsible for fixing it. That error has been corrected above.