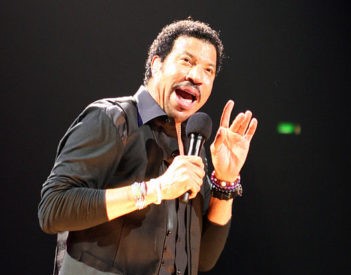 Lionel Richie to Headline 26th Annual Pops on the Heights

Lionel Richie will headline the 2018 Pops on the Heights gala, according to marketing materials for the event. Scheduled for Sept. 28, Boston College Board of Regents chair and Suffolk Construction CEO John Fish will co-chair the gala with his wife, Cyndy.

Last year’s event, the 25th since its inception, raised a record $14 million, and Pops on the Heights has raised in total almost $60 million for scholarships at BC since 1993. Along with the annual Wall Street Council Dinner, held each year in April in New York City to raise money for the Gabelli Presidential Scholars Program, it is one of BC’s premier fundraising events.

Oscar-winner Jennifer Hudson was the featured performer last year, and Oscar-winning composer John Williams received the President’s Medal of Excellence. Actor Chris O’Donnell, BC ’92, also made an appearance. Richie received an honorary degree from the University in 1986.