Since the announcement that the CSOM Honors Program (HP) would stop accepting students admitted after the Class of 2021, a group of CSOM HP members has been working to create a new program for the incoming freshmen.

The group established the Fulton Leadership Society (FLS), a new club with a mission of furthering “high achieving” CSOM students in their journey to becoming men and women for others, according to its website. With a focus on leadership, professional development, and service, FLS “strives to provide its members with insight into the dynamics and complexities of the business world.”

In conjunction with the CSOM dean’s office, FLS was created by a committee of students in the Honors Program. On July 17, Senior Associate Dean of CSOM and CSOM HP Director Ethan Sullivan sent an email to incoming freshmen informing them of the opportunity to apply to be considered for the organization.

“Our purpose is to provide students with an opportunity to engage in formative experiences to develop their leadership potential, intellectual curiosity, and orientation to serve their community,” said Jeff Stautberg, president of CSOM HP and CSOM ’19. “We are hoping to create a community that helps students feel comfortable at BC and encourages them to pursue their academic and extracurricular interests across the University.”

Stautberg explained that FLS also has the goal of adding value to the greater BC community. FLS has plans to incorporate advising for MCAS students who are taking on CSOM minors and building a repository of career and recruiting resources on the FLS website for any students who have an interest in business.

In 1958, the CSOM HP was created “to afford superior students the opportunity to develop their abilities and talents to the highest degree possible,” according to an April 1960 Heights article. The article cites programs tailored to future business executives, independent work and study, campus wide recognition of the program and its accomplishments, and development of professional attitudes and approaches to business meetings and social norms as examples of how the program would reach its goal.

“We had no advance knowledge,” Andrew Kearney, past president of the Honors Program and CSOM ’18, told The Heights in an interview last January, following the announcement.

After a town hall hosted by Dean of CSOM Andy Boynton and Sullivan, a steering committee of students representing every class in the CSOM HP was formed with the goal of drafting a proposal for FLS by the end of the academic year.

“After the announcement of the disbandment of the Honors Program last December, many members felt compelled to find a way to keep some of the benefits of the Honors Program alive for future students at Boston College,” said Stephanie Ogeka, an officer for both CSOM HP and FLS and CSOM ’19. “Because of this, the Steering Committee was created to draft a proposal for a new program.”

Members of each class were elected to the steering committee, where they were able to represent their respective classes’ opinions and ideas for the new club.

“Working with the Dean’s Office, [the steering committee] was able to get the club approved before everyone left for the summer,” Stautberg said.

Stautberg explained that throughout the summer CSOM HP members were able to opt in to FLS to help get the new club off the ground and prepare for the upcoming year.

As CSOM HP is phased out over the next three years, there will still be some crossover between CSOM HP and FLS in terms of members and in the form of co-sponsoring events, but the two programs are separate programs, Stautberg said.

“FLS is an entirely student-run program with four officers and an executive board made up of 12 committees,” Ogeka said.

Stautberg, Danni Bianco, Kimberly Sieloff, and Ogeka, all officers of CSOM HP and CSOM ’19, were the founding members of FLS and will head the club as officers this year. They will also head up the 12 committees. FLS students will be able to shadow the committees during their first year then take a leadership role their second year.

“FLS and HP are two entirely separate organizations,” Ogeka said. “The founding members retained the parts we loved about the Honors Program, such as the mentorship program, but FLS is more outward-facing and about leadership, formation, and community programs rather than just academics.”

For the upcoming year, FLS will focus on initiatives including advising and posting resources on its website for CSOM and the larger BC community. FLS will also be putting together a “Business&” speaker series that covers topics such as business and government, business and art, and business and biotech.

“Our application closes on Friday and the future is a really exciting aspect of FLS for the incoming freshmen,” Ogeka said. “They’ll be a major part of the decision-making process of where FLS goes in the future.”

Correction (9/5/18, 12:19 p.m.): The headline of this article used to say that the CSOM HP officers created FLS. It has been modified to clarify the fact that CSOM HP officers will be leading FLS, as the creation of the society was a much larger collaboration. 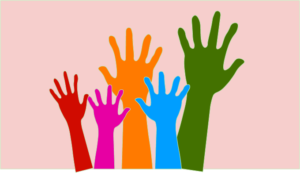