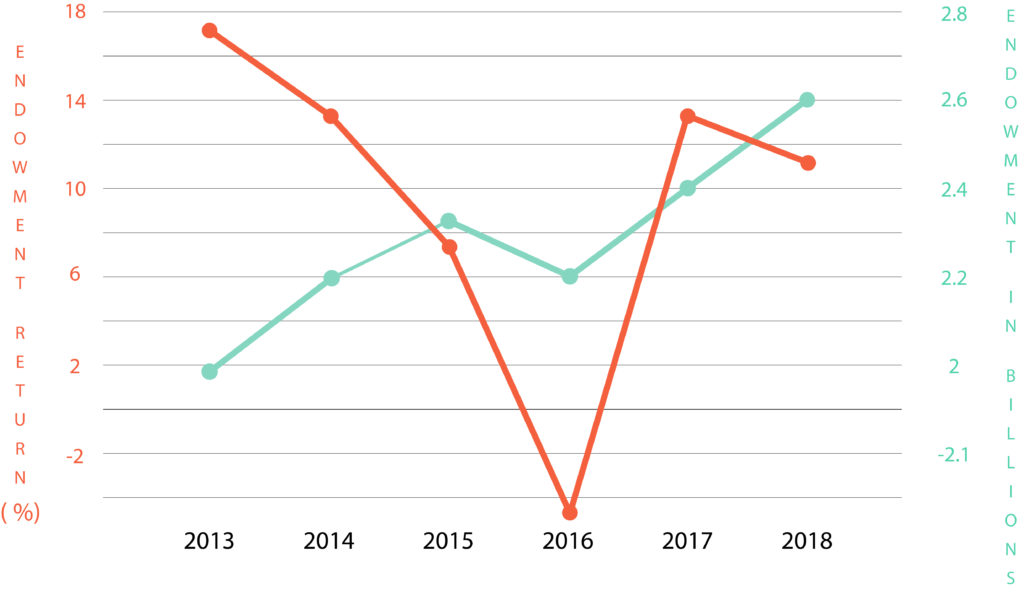 Boston College’s Executive Vice President Michael Lochhead announced Wednesday at University Convocation that the endowment posted a 10.7 percent return on investment during the last fiscal year that ended on May 31, which Lochhead said surpassed University expectations.

2018 is the 47th consecutive year operating revenues exceeded expenses, according to Lochhead, which he said was driven by undergraduate enrollment that made up for “challenges” the University faced in certain “graduate areas.”

“That is a new watermark for Boston College and something that will help position us well in the future as we talk about investments in Ever to Excel,” Lochhead said. “As a result of the endowment returns, some slight reductions in liabilities, as well as the operating budget returns, the University posted a strong return, 5 percent, on its balance sheet which means the balance sheet overall is well positioned for potential investments in the future.”

Earlier during University convocation, University President William P. Leahy, S.J., addressed some of the problems facing higher education as a whole, including questions of affordability and reduced government support for colleges and universities. Lochhead expanded on this topic, emphasizing that the success of previous years would provide flexibility for upcoming costs, specifically naming wavering tuition and fee revenues in the face of widespread affordability concerns. He also noted that continued strength in regards to undergraduate enrollment numbers boosted difficulties BC faced on the graduate front.

He also provided some information about how the University spent its money in the last year. About 48 percent of the operating budget went to personnel-related expenses—namely salaries and benefits.

Lochhead concluded the review by listing the University’s priorities, which includes investments in the core curriculum, student life, and athletic programs in the upcoming fiscal year.