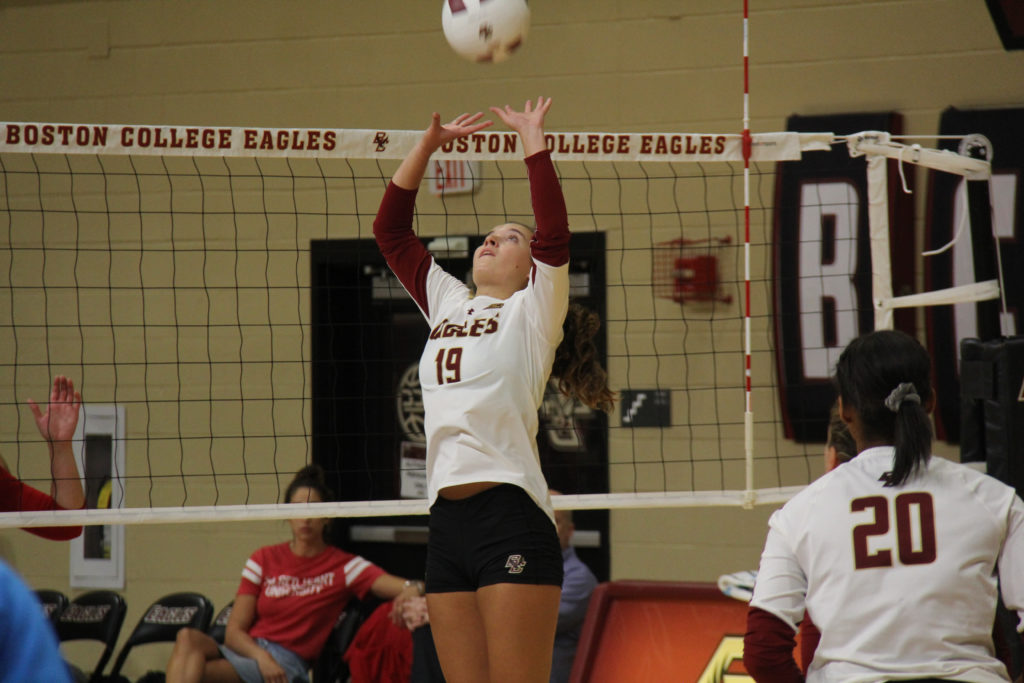 Oh what a difference a year makes. Boston College volleyball fans must have thought about this amid the Eagles’ 6-0 start to their season. In the six contests that made up the BC  Invitational and Grand Canyon University Invitational, BC dropped just three sets. Many point to the hiring of coach Jason Kennedy as one of the reasons that the Eagles have found this early success. Kennedy has helped revitalize the program with a slew of returning players. BC will travel north for its next test this weekend at the Dartmouth Invitational, the second to last series before ACC play begins. The Eagles will take on Lafayette (2-4), Siena (0-6), and host Dartmouth (0-3). After looking so strong early on, the Eagles hope to pounce on the struggles of this trio of teams and keep their undefeated start alive.

The games will be broadcasted on the subscription-based service ESPN+.

By the Numbers (BC):

7: The total number of wins BC recorded last year. Coupled with 23 losses, this makes the turnaround even more impressive. BC can surpass this total this weekend with just a pair of wins.

57: The difference in kills between the Eagles and their opponents so far this season. BC has notched 284 kills—57 more than its counterparts. Leading the spiking charge on the front line are Cat Balido (56), Jill Strockis (52), and McKenna Goss (48). Strockis really came on in the three matches at GCU, putting away 36 balls.

114: The number of digs that Makenzie Morrison has posted this season. This total is good for third in the ACC and includes a 31-dig performance against Jacksonville State last weekend. The junior has been a key cog in the Eagles’ early success this season.

After dropping their first two matches of the season, the Leopards fought back last weekend in the Crosstown Tournament, taking two of four as the hosts of that invitational. Lafayette appears to be the strongest team that BC will face this weekend. The Eagles carry an advantage in most statistical categories, but one part of the Leopards’ game that is particularly strong is the service line. They come in with 38 aces, something that the Eagles should look out for.

Where BC has lost just three sets in six matches, Siena has only won three sets throughout its winless start. The Eagles will face a Saints team that is trending in the wrong direction after recording 12 wins in 2016 and seven wins last season. Siena will open against host team Dartmouth, where something has to give between these winless sides.

The Ivy League squad had a putrid start to their season last weekend in the Kristen Dickmann Invitational in Annapolis, Md. It won a sole set in three matches against understandably strong teams in Villanova, Navy, and Alabama. The Big Green will come home to play at Leede Arena for the first time this season and will look to play off the crowd to turn around this young season.

With how dominant the Eagles have looked so far, they should expect nothing less than a sweep up in Hanover, N.H. However, they are playing three teams who have something to prove, which is always dangerous. Limiting errors will be key for this talented Eagles side in facing what seems like inferior competition on paper. A 9-0 start is within reach, but BC will have to stay focused and avoid complacency this weekend to continue its win streak.