Home » A Lack of On Campus Arts Events 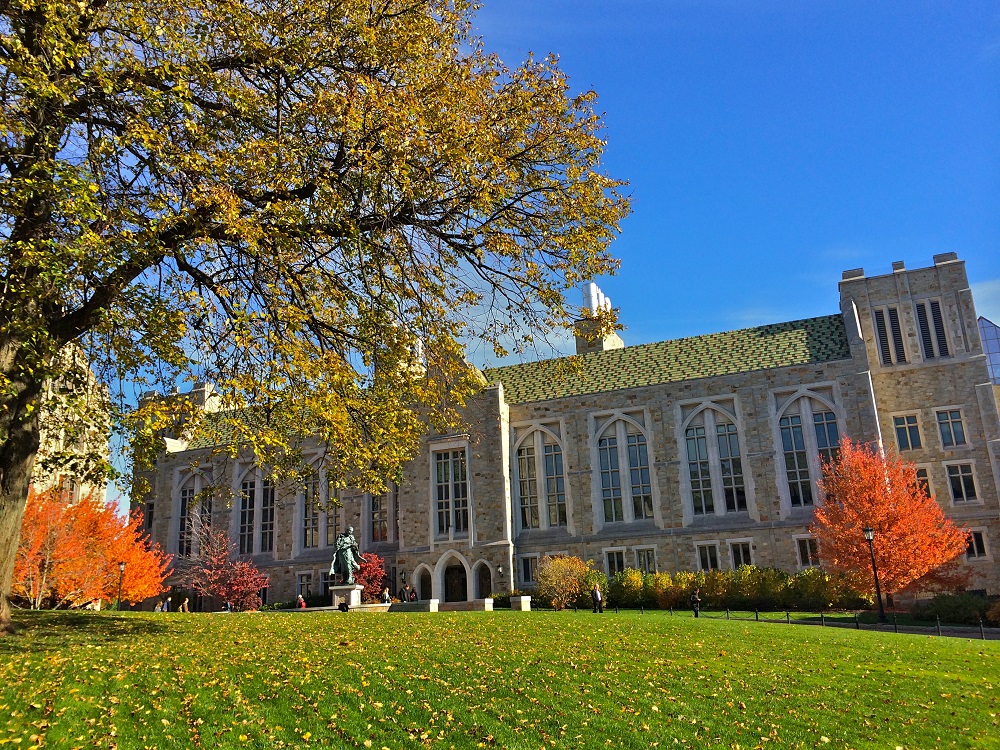 A Lack of On Campus Arts Events

I believe that Boston College has an incredible arts scene. This school is unique in terms of breadth and depth of artistic talent on campus. We have 16 dance groups, 12 a cappella groups, four comedy groups, and dozens of arts-related clubs. That’s not even touching on a number of student singers, student bands, and visual artists working and studying at Boston College. We have competitions like Showdown and Sing it to the Heights, events like Arts Fest, Stokes Set, Plexapalooza, and Modstock. We have the Symphony Orchestra and various other classical music societies, plus the theatre department, outside theatre troupes, and even film groups like Hollywood Eagles. There’s the Gaelic Roots Series, lectures, performances, and exhibits galore. I’m confident that most days on campus feature at least one arts-related event—in fact, I’m positive. It’s literally my job description to know that.

But I hedge my confidence with the word “most” for a reason. There is little to nothing arts-related that takes place on campus during the first two weeks of school. I know this because I have to fill a newspaper section’s worth of space with arts content. This drought in song, dance, theatre, art, comedy, and film makes my job that much harder, and this is my platform to complain, but also to offer a few potential suggestions.

This is certainly not to say that I expect each and every one of these student groups to walk onto campus after a summer without practice or rehearsal and be immediately ready for a weekend performance when most professors aren’t even really ready to start class. That would be ridiculous. More to their credit, all of these student groups are running auditions to fill the gaps left by graduating seniors and underclassmen who did not return this year.

I do think, however, that BC could do a little more in the first few weeks to engage the student body artistically. For example, the Burns Library has an exhibit going on right now about Roycrofter bookbinding. While this may not be everyone’s cup of tea, it is something for new and returning students to take a look at—maybe even learn something. If nothing else, it’s a great chance for you to get out of the heat for a while and see some really old books. I don’t expect University groups like the Symphony Orchestra or University Chorale to have a first-week show, but I think that perhaps the Campus Activities Board—or another BC-run group—might be able to organize events.

Some suggestions might be movie nights or performances by local Boston-area groups. I’m sure plenty of working musicians or dance groups in the Boston area would love to perform one or two nights for a modest amount of money. Rent out the Rat or the Vandy Cabaret Room for a couple nights during the first week or so for short and sweet performances.

BC packs freshmen’s schedules full of activities when they all get to campus before us. This is done under the guise of allowing them to meet people and make friends, but I think it’s safe to say that it’s a vain attempt to keep them from binge drinking. While that is unavoidable, I think it would go a long way toward occupying the time of the freshmen and other underage students to give them events like this to attend. Meet up with the friends and roommates you haven’t seen all summer, go to this event, have a good time. Otherwise, syllabus week is just leaving all of these unsupervised students to their own devices, and how many of them do you expect to attend an athletic event on Newton Campus instead of going out with their friends?

Having these kinds of activities earlier on in the year would also go a long way toward BC’s mission of developing the whole person. Sure, those of us who can dance, sing, act, or make art are certainly busy with auditions and submissions. But what are the rest of us to do? We can only rewatch The Office on Netflix so many times before it gets even a little tiring. If these events were around, we would have an excuse and a reason to leave the house and experience high quality art in person.

Arts on-campus boston college
‘It’s Always Sunny’ Returns with a Change in the Forecast
Greta Van Fleet’s “Watching Over,” and More in New Singles This Week