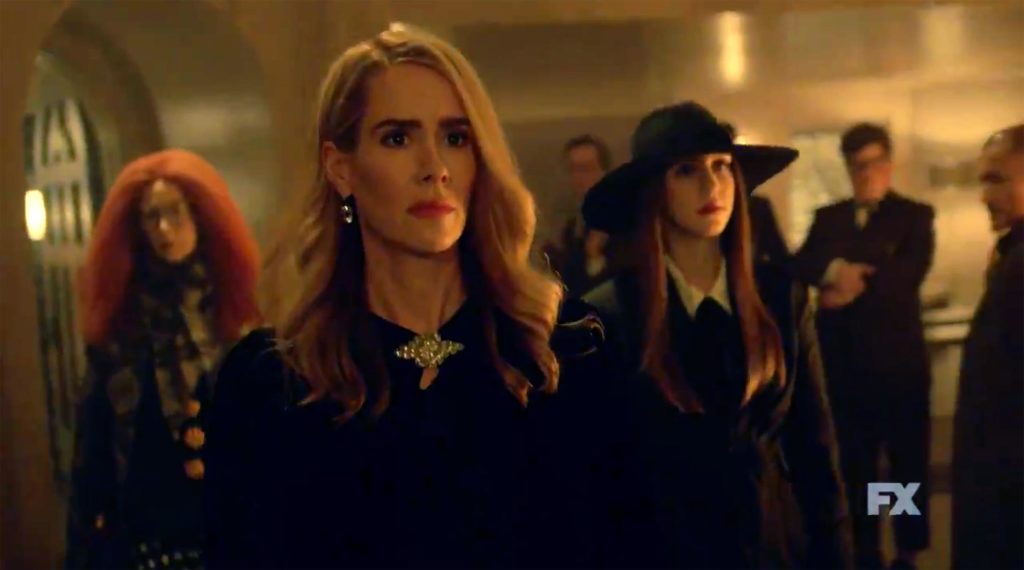 Imagine if FX outsourced to a Harry Styles fanfiction writer to craft the dialogue for arguably the most ambitious season of one of its most popular shows, and then lower your expectations even further—that is American Horror Story: Apocalypse.

Showrunner Ryan Murphy brings back the outrageous reality television feel of Roanoke for the first few scenes, offering viewers a cringe-inducing parsed storyline of Los Angeles natives watching ominous news clips warning them of one of many quickly approaching missiles. Coco St. Pierre Vanderbilt (Leslie Grossman), a caricature of a Hollywood socialite, is the first to find out about the impending apocalypse when she receives a Facetime call from her dad, who she unironically greets as “daddy.” Her hair stylist (Evan Peters) and assistant (Billie Lourd) promptly escort her to Santa Monica Airport, where her private jet awaits to take her to one of 10 shelters around the globe.

Coco initially attempts to get her husband (Billy Eichner) to safety with her, but once his Ferrari gets stuck in L.A. traffic, Coco tells him he is officially released from their monogamous relationship. As he watches the jet fly above the traffic jam he screams, “You bitch!” into the air. Minutes into the flight, the passengers discover their plane is flying without a pilot, a seemingly important event that is not addressed once they arrive at their destination safely. Somehow, Murphy manages to cram all of these nearly comical moments into the first 10 minutes of the episode.

Murphy borrows from all of the apocalyptic movie norms to establish the plotline: Coco and her entourage arrive at a sanctuary run by Wilhelmina Venable (Sarah Paulson) and Miriam Mead (Kathy Bates). Venable and Mead serve as headmistresses to the wealthy and competitively selected inhabitants, including Timothy (Kyle Allen), who receives his UCLA acceptance letter before being forcefully dragged from his house by a special operations team working for an omnipotent non-government organization known as The Cooperative.

Timothy is the only character with a hint of redeeming qualities introduced in the first episode, and he remains relatable as he displays appropriate emotion throughout the episode, crying for the loss of his family when the bomb hits and pursuing a hush-hush house relationship. The show reaches peak corny Hollywood movie status when Timothy is warned to be careful by a sinister whisper and the numbers 666 appear on his steamy shower door—you can’t make this up.

The premiere, aptly titled “The End,” also establishes a hierarchy within the sanctuary, taking a page out of Hulu’s The Handmaid’s Tale with colored vestments to establish the castes. The elite dress in royal purple with homage paid to opulent 19th-century fashion as they float through the corridors of technology-free asylum. The Cooperative blames technology for the downfall of humanity and trades light bulbs and Alexas for candles and phonographs.

Bates resumes her Coven role as a merciless matron when she arbitrarily selects one of the sanctuary’s inhabitants, Stu (Cheyenne Jackson), and asserts he is contaminated. Stu and the hair stylist are pulled from the dinner table and taken to a containment room, where their naked bodies are scrubbed raw, only for Mead to return and determine Stu is no longer suitable for the safe zone. Stu eventually returns to the dining table in steaming bowls, however, where his confidant (Jeffrey Chapman) hysterically screams, “The stew is Stu!”—an almost unbelievable piece of dialogue.

One central component of American Horror Story remains completely absent from Apocalypse: horror. While the thought of missiles raining down from the sky is unsettling, the people The Cooperative chooses to save almost make you wonder if humanity deserves it. The show trades its signature gory torture for quick gunshots in the first episode, limiting the building dread of violent scenes from Coven and Cult alike.

Apocalypse is set to be one of the shortest seasons in the program’s seven-year history at just 10 episodes, perhaps to the viewer’s benefit. Expected guest appearances from Jessica Lange, Emma Roberts, and Stevie Nicks later in the season and the crossover connection that occurs in the episode’s last scene—a long-haired Michael Langdon (Cody Fern), who is apparently connected to Peters’s Tate Langdon of Murder House, arrives at the shelter after 18 months have passed—provide viewers with a semblance of hope for a redemption. But after one episode, Murphy’s ambitious Apocalypse is shaping up to be more of a satire than a success. 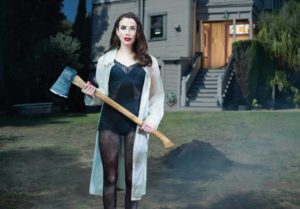 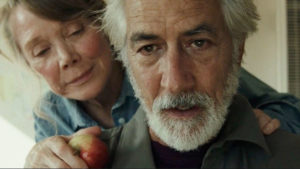