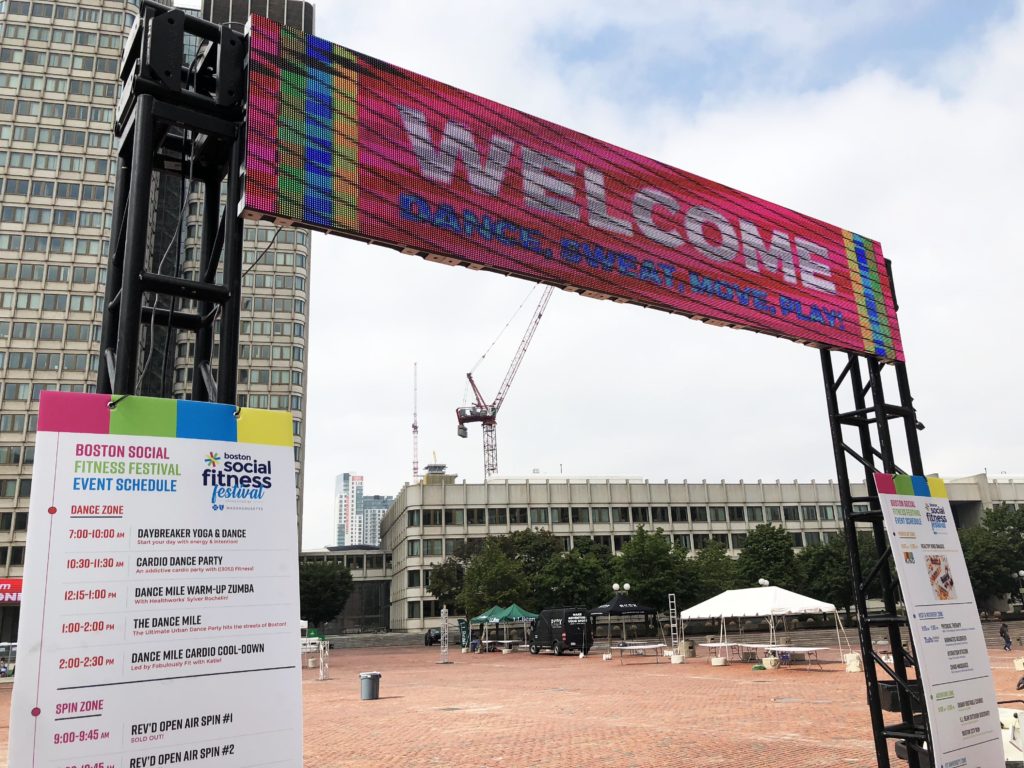 Spurred by the city being ranked one of America’s worst for bicycling, then-Mayor Thomas Menino launched an effort to improve biking in Boston over a decade ago. A weekend-long annual celebration of cycling was born out of this mission, complete with pro cycling races on Saturday and Hub On Wheels, a citywide bike ride, on Sunday.

With the creation of bike lanes and bike shares in recent years, Boston has done much to reverse its reputation.

“Flash forward a dozen years and we’re thankfully not America’s worst bicycling city—we’re one of the best now in the country,” said Jim Delaney, president and CEO of Activate Sports and Entertainment, which produced the Boston Social Fitness Festival.

Now in its third year, the Boston Social Fitness Festival was created as the natural successor to the original cycling celebration.

“We’re excited because it’s the next evolution of not just focusing on biking, but focusing on health and wellness overall,” Delaney said.

The event, hosted by the Mayor’s Office of Tourism, Sports, and Entertainment, drew upwards of 5,000 attendees to City Hall Plaza on Saturday. The festival was sponsored by Blue Cross Blue Shield of Massachusetts and included partnerships with KIND Snacks, Education First, and Tufts Medical Center. Although free and unticketed, some events did require participants to pre-register online.

The festival still incorporates some of the cycling event’s components, such as Hub On Wheels and other cycling activities, but has expanded to be more inclusive of all Bostonians.

According to Delaney, festival creators asked themselves, “Instead of you coming down and sitting in a beer garden and watching people bike around for four hours, how can we get people up and active and moving?”

The festival has doubled in size and scope since last year’s event and now includes Wellness Week in the days leading up to Saturday’s day-long celebration.

“A mission this year was to start to expand the concept of the fitness festival into more than just one weekend every year,” said Delaney.

Wellness Week kicked off on Monday with The Big Quiet, a mass meditation at Fenway Park. Rainy weather forced cancellations of some of the week’s outdoors events.

In many ways, Boston Social Fitness Festival is a response to a sudden demand for unique fitness experiences in recent years.

“As anybody who’s lived in Boston for the last few years can attest, there’s been an explosion of all sorts of different fitness activities you can be involved in,” Delaney said. “Different boutique studios, and spin classes, and aerial yoga, and just a million different things that weren’t really offered out there 10, or even five years ago.”

The diverse sessions offered at the festival reflected these trends. With everything from a mile-long dance party to martial arts training to yoga, there was something that appealed to every fitness level and style.

The 14th Annual Hub On Wheels capped off the week on Sunday. Riders registered for one of two bike routes: a 12-mile ride through downtown Boston or a 40-mile ride along Storrow Drive and the Emerald Necklace park system. A portion of the $55 registration fee automatically benefitted the Boston Children’s hospital, and all participants were given the opportunity to become Hope Riders to raise additional funds for pediatric cancer.

According to Delaney, the Boston Social Fitness Festival is not done expanding. He envisions the celebration of health, wellness, and fitness spreading throughout the year.

“We envision Boston Social Fitness becoming its own brand with lots of different opportunities and offerings year round,” Delaney said. 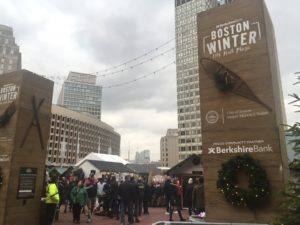