Usually, albums have a sad song or two. It’s important for the overall balance of the record. Not for Carrie Underwood. Her latest release, Cry Pretty, is the single most depressing collection of songs ever released, probably. It is overbearing.

While the record was totally miserable, the song quality was generally okay. Nothing to write home about, but good nonetheless. The album opens up with “Cry Pretty,” which became surprisingly popular over the summer. Summer hits are usually upbeat and fun, but “Cry Pretty” is poignant and cathartic—it’s the kind of song that’s too sad if you listen to it while you’re having a good day, but absolutely perfect if you’re feeling down.

Another standout on the album is “Backsliding,” an emotional song about a failed relationship. A unique cadence paired with a steady beat help the song shine when compared to all the slow, sad songs on the album that sound the same.

One of the few (and by few I mean two) songs on the 12-track album that might be considered happy is “Southbound,” an upbeat number that is mostly nonsensical but extremely fun. The song is reminiscent of the worst aspects of some modern country music—vapid, repetitive lyrics about getting day drunk. But at least the song wasn’t depressing.

“Kingdom” is the other song that’s not incredibly dreary—in it Underwood compares life to a person’s own kingdom. It was reminiscent and sweet, in a way that—you guessed it—made it a little sad. Of course.

Even the songs not about breakups, love gone wrong, and totally failed relationships are dismal. “Spinning Bottles” tries to raise awareness of alcohol addiction and drinking and driving with lyrics like “Can’t live like this anymore / spinnin’ bottles, spinnin’ wheels, spinnin’ out of control.” The song is for a good cause, but it brings the album down with its heavy theme.

“The Bullet” addresses gun violence in America. The song was inspired by the mass shooting last year at the Route 91 Harvest Music Festival in Las Vegas. Poignant lyrics like “You can blame it on hate or blame it on guns / but mama’s ain’t supposed to bury their sons” and “‘Til every heart that’s left to break is broken / the bullet keeps on goin’.”

Similar to “The Bullet,” “Love Wins” also takes a political stance, which is often unusual in country music. The song also focuses on gun violence, but addresses America’s dividing issues a positive outlook with lines like “I believe you and me are brothers and sisters / I believe we’re made to be here for each other.” In the bridge of the song, Underwood’s powerful voice echoes “Love is the answer, love’s an open door / love is the only thing worth fighting for.”

The best song on the album is the bonus track, “The Champion” featuring Ludacris. The song plays up Underwood’s best asset—her powerful voice. The song is uplifting and motivating, and somehow Ludacris’ part fits in seamlessly. The lyrics aren’t amazing, but they are pretty motivating—and Underwood’s voice is on full display. It ends the album on an extremely high note.

Underwood has definitely released better albums in the past, and most of them have the reputation of being angry, powerful pieces better fit her forceful voice. Angry music seems to be what Underwood does best (“Before He Cheats” is still popular 13 years after its release for a reason). Cry Pretty doesn’t contain many numbers that allow her voice to shine, and instead leaves listeners disappointed in the musical quality and slightly more sad than they were before they listened to it. With exception to “The Champion” and the politically motivated songs “Love Wins” and “The Bullet,” the record doesn’t amount to much. If Underwood’s life has had any influence on her music, I’m sincerely sorry for the atrocious few years she had. And I hope that this year goes a lot better for her—if anything, for the music’s sake. 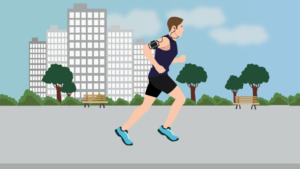