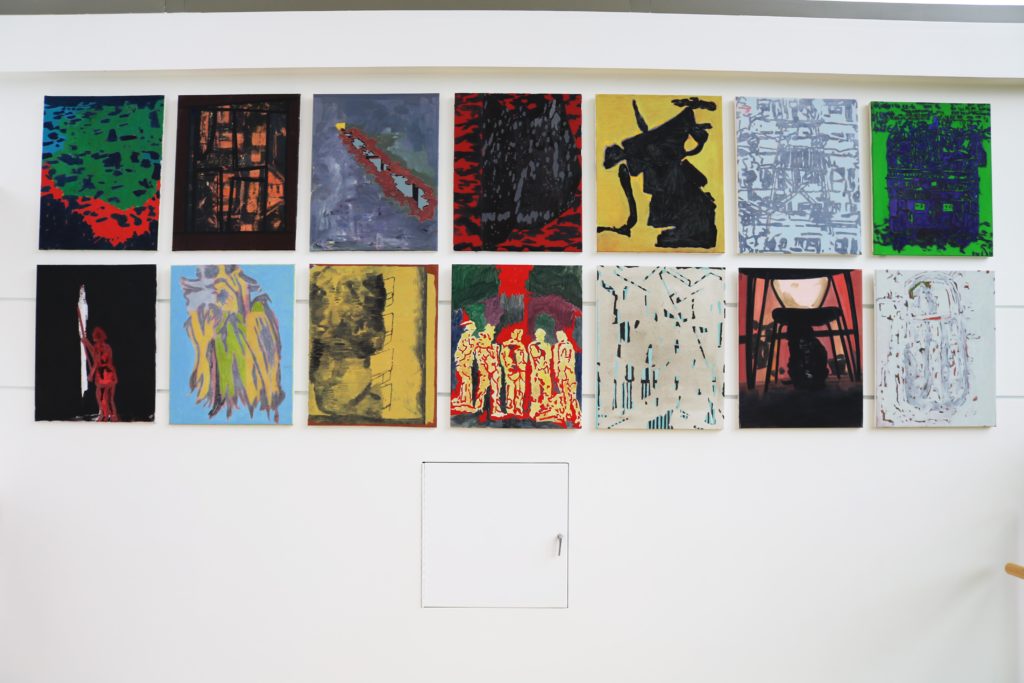 On Sept. 10, the McMullen Museum of Art opened a new exhibit showcasing the work of Hartmut Austen, an assistant professor of painting at Boston College. The exhibit, titled Not There, Not Here, presents a collection of 22 abstract paintings created between 2009 and 2018 and will be on display until Dec. 13. As the title suggests, these works demonstrate feelings of in-betweenness and transience in both space and time. They reflect on current issues and spaces, and they provoke thought on the relationships people have with their surroundings.

Austen, the artist behind this exhibit, grew up in Marburg and Bielefeld, Germany. Before moving to the United States in 1998, he studied painting and drawing with H. J. Diehl at the University of the Arts (Hochschule der Künste) in Berlin. Today, his work is recognized throughout Germany and within the United States. Not There, Not Here is his first solo exhibition in New England.

The collection of paintings in McMullen is located in the museum’s atrium. Guests to the museum can observe the exhibit as they ascend the stairs to the third floor. This method of installation allows viewers to observe the paintings as they move throughout the museum, which adds to the exhibit’s implications on the fluidity of time and space.

Two pieces, “Title Painting” and “Stage,” set the tone for viewers as they enter the exhibit and approach the staircase. “Title Painting,” an oil painting on linen, contains the words and title of the exhibit “not there, not here” painted on it. It juxtaposes many of the other paintings in the collection with its sense of intentionality and use of language. Normally, the common phrase is worded “not here, not there.” This painting exchanges the second and fourth words, which causes viewers to reflect on the simultaneous familiarity and unfamiliarity of the wording.

Located beside “Title Painting” is “Stage,” an oil painting on canvas. A grouping of colored rectangles depicts a set of screens arranged on top of a stage. Both the screens and the perimeter of the stage are outlined with red lines. Similarly to the borders of the words in “Title Painting,” these red lines depict the original structure of the painting. They show how a basic collection of lines and shapes within a space can begin as abstract but with time and the addition of colors and ideas can become something more concrete and recognizable. In an interview with Jordan Kantor, Austen explains how the screens depicted in the painting were inspired by the stage design of the 2012 Republican National Convention. The inclusion of this event, which influenced public discourse in recent years, prompts reflection on subjective connections to one’s surroundings.

The final component of the installation, located on the landing just before the third floor, is comprised of a symmetrical arrangement of 14 paintings. These mixed media pieces either on canvas or linen showcase a wide variety of colors, patterns, and meanings. Unlike the pieces at the start of the exhibit, this collection of paintings is less intentional and more uncertain. The paintings share Austen’s abstract style of overpainting to create eccentric forms and colors.

In this collection, only a handful of paintings are titled. The majority remain untitled with little to no information about them. This absence of readily available context leaves the exhibit open to a wide variety of interpretations. Only paintings such as “Aleppo,” “Two Prisons,” “Harbor,” and Stages possess subtle references to the events and spaces they were inspired by. This minimal inclusion and extensive exclusion of context are reflective of Austen’s artistic style. His works, although responsive to the both current happenings and historical events, do not require a lot of prior knowledge in order to prompt reflection.

Austen’s methods of creating, composing, and executing art and nearly a decade’s worth of work have resulted in the Not There, Not Here installation. The collection is quite powerful in its ability to induce a wide variety of interpretations and perspectives, which are later enhanced once the viewer discovers the artist’s true intent. Not only do the pieces interact with each other, but they also evolve throughout the day due to the location of the exhibit. The open windows of the atrium surrounding the collection provides fluctuating lighting conditions that play with the colors and shadows of the pieces. This illusion of movement within the art coupled with shifting views of the museum’s surroundings add to the ephemeral nature of the exhibit. 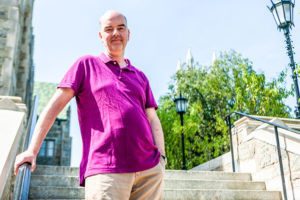 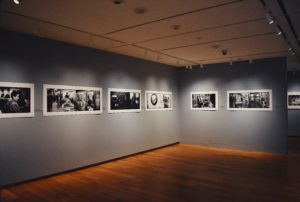 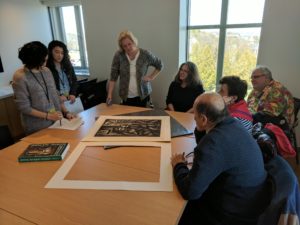