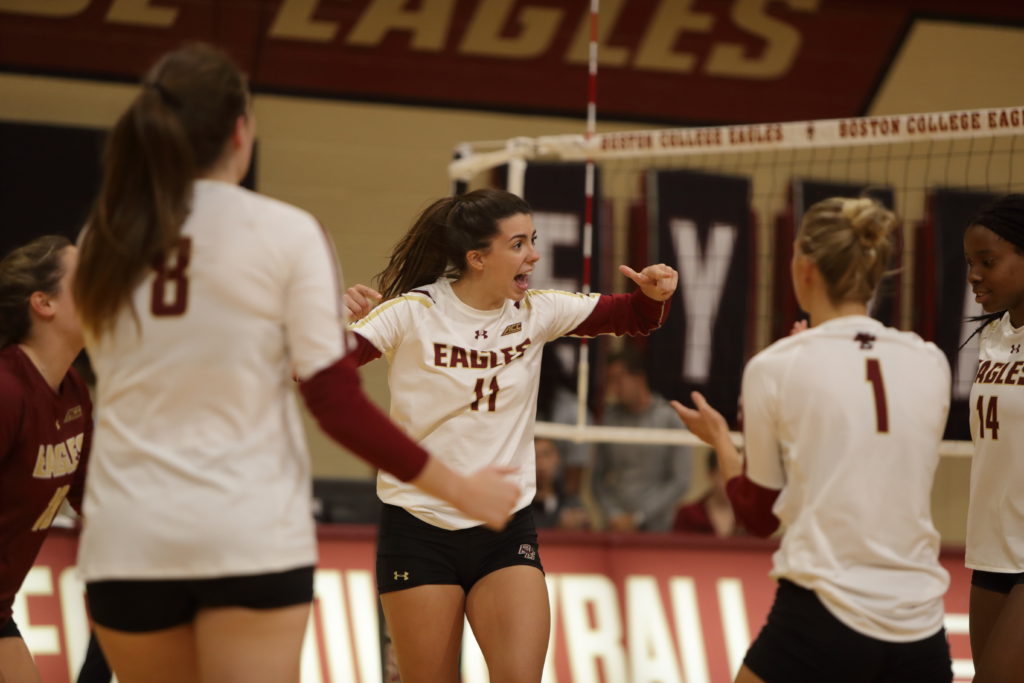 On the heels of a decisive straight-set victory against Clemson in its ACC opener, Boston College volleyball (11-2, 1-0 Atlantic Coast) faces another conference rival in Georgia Tech (11-3, 0-1) on Sunday afternoon. GT enters the contest 0-1 in the conference after losing in straight sets to Syracuse. Following this game, BC is in for a tough stretch. The Eagles will embark on a four-game road trip—one that includes stops against quality opponents, such as Duke, Wake Forest, Virginia, and Pittsburgh.

1) The Eagles have tallied 588 kills on the season compared to their opponents’ mark of 501. Junior Cat Balido leads the team with 111 kills.

2) Jane DeJarld and Madison McKnight have lended a helping hand to their fellow Eagles—they lead the team with 6.13 and 4.15 assists per set, respectively.

3) When BC wins, it usually does so in dominant fashion. Out of its 11 wins this year, eight of them have been straight-set victories.

1) At home, the Yellow Jackets are undefeated with a 10-0 record. But on the road, they are 0-2 this year. Unfortunately for them, they will be facing BC in Chestnut Hill on Sunday.

2) Kodie Comby and Lauren Frerking lead a stout GT defense. The two have compiled an average of 1.08 and 1.00 blocks per set, respectively.

3) Mariana Brambilla leads the Yellow Jackets with 193 kills, which averages out to an impressive 3.71 kills per set.

These two teams met twice last year, and they split the series. BC came away with a 3-1 win at home while Georgia Tech won, 3-0, in Atlanta.

Home court advantage could be key in this matchup. BC is 5-0 at Power Gym this year, while the Yellow Jackets have yet to pick up a win on the road. On paper, these two teams are quite comparable as they boast nearly identical records and stats. If the Eagles are able to get off to a quick start in the first set and maintain momentum throughout the match, then they have a great chance of picking up their second ACC victory. 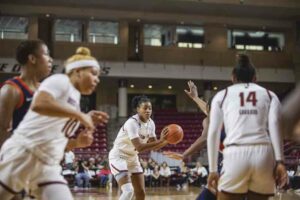