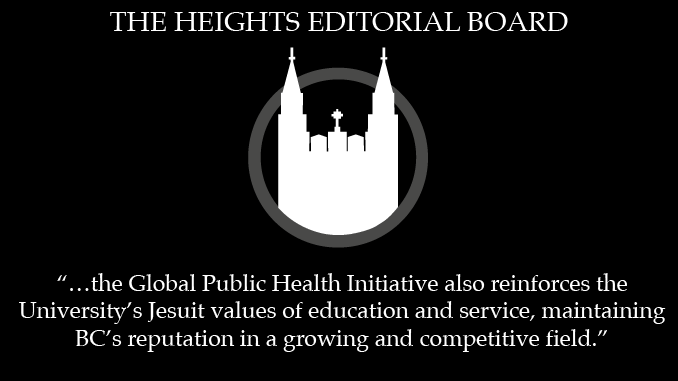 Philip J. Landrigan, BC ’63, was recently hired to head the University’s Global Public Health initiative. Landrigan returned to Boston College from Mount Sinai School of Medicine in New York City, where he served as chairman of the Department of Preventive Medicine.

The creation of new programs and growth of existing departments will ensure that the University sustains its competitive edge so that it continues to appeal to prospective students by offering a greater variety of educational opportunities for them. As rival universities integrate similar programs into their curriculum—the National Institute of Health and the Association of Schools and Programs of Public Health report that over 100 universities have created undergraduate public health programs in the last 13 years—it is evident that BC recognizes the necessity to keep up with rival institutions.

Showing the University’s commitment to the success of its students as well-rounded and caring individuals, the Global Public Health initiative also reinforces the University’s Jesuit values of education and service, maintaining BC’s reputation in a growing and competitive field.