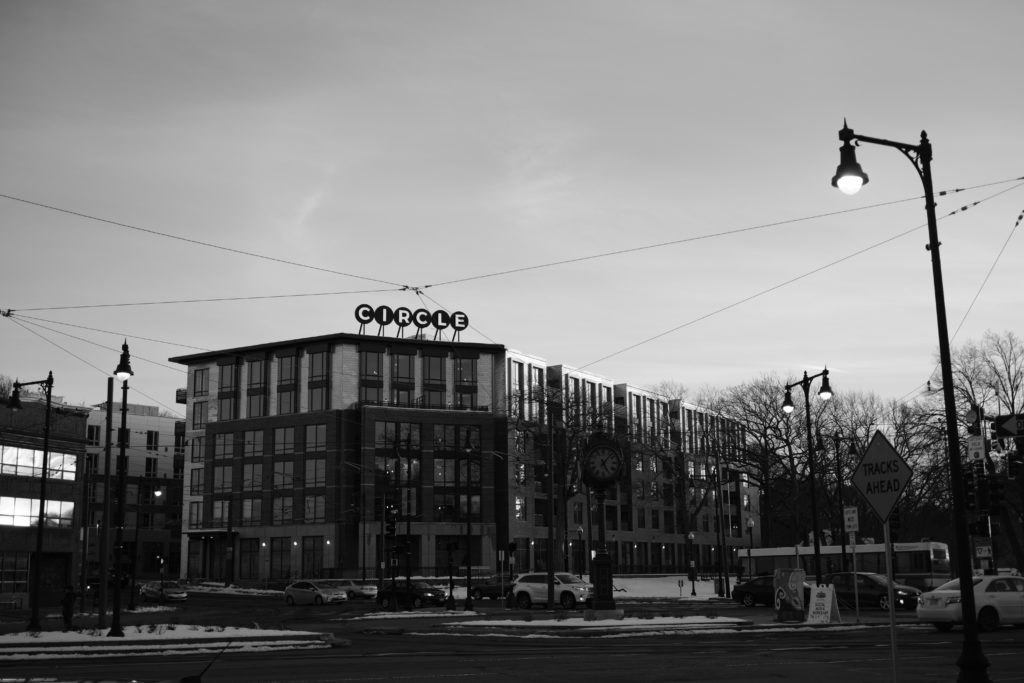 After multiple incidents were reported in the past week related to break-ins in the Brighton neighborhood that many Boston College students living off campus call home, the Boston College Police Department is working on educating off-campus students on how to prevent break-ins.

The department sent out representatives from BCPD and the Boston Police Department to hand out doughnuts at the South Street bus stop Thursday morning, where they chatted with residents about the incidents and what they can do to stay safe. That evening, representatives from both departments knocked on doors in the neighborhood bordered by Greycliff Road and Kirkwood Road.

In addition to the incidents reported in community awareness bulletins at the start of the week, The Heights was informed of a third incident that took place on the corner of Greycliff and Foster Street. Each of the incidents is currently under investigation.

BCPD Lt. Jeffrey Postell cited situational awareness as the biggest key to making this problem go away. Both BPD and BCPD have increased their patrol concentration on the neighborhood, but in order for resident to be safe, they need to focus on what they can do to increase their own safety, according to Postell. He was quick to note that’s not an easy mindset to keep.

BCPD, BPD, BC Off-Campus Living, and BC’s Office for Health Promotion have all partnered to get the word out on how to better secure off-campus houses and apartments. In addition, that evening BCPD and BPD officers knocked on doors throughout the targeted neighborhoods to talk in person with residents about safety measures that can be taken. The group’s primary goal is to be proactive about discussing issues with off-campus residents, according to Postell.

The lieutenant said that similar measures to those taken this week were undertaken this spring the last time break-ins seriously were affecting off-campus residents. Postell said that the efforts “curbed” some of the off-campus issues.

“So crime is an opportunity,” he said. “In terms of [breaking and entering] … it’s people not locking their doors, keeping their windows open, even on the upper floors [and] the basement floors, keeping items such as ladders and chairs and things that people can use to climb up into that second floor.”

In two of the three incidents currently being investigated, a ladder was used to gain entrance to residences.

“The other thing I always like to tell people to say is if you were locked out of your house, how would you get in?” Postell said. “Start from there, because that’s what that mind, the criminal mindset, is thinking: How am I going to get into this building?

“At all times, your doors and windows on all levels should be secured. Because you never know.”

The lieutenant also recommended residents get to know their neighborhood. Having a sense of what your neighborhood looks like so that if something seems off, you’re more likely to notice is an approach Postell uses personally both at BC and at home.

The lieutenant warned students to stay wary during large parties. It’s harder to recognize if any party-goers pose a threat, but staying alert could prevent a crime from occurring.

Postell was adamant that students must report incidents as soon as they happen or discover one has occurred.

“Reporting things when it happens is crucial,” he said. “When you wait five minutes, 10 minutes, an hour, five hours, eight hours even, that really poses a problem for us in terms of the investigation—things are not as active as we would like them to be. … It’s as easy as picking up the phone and dialing 9-1-1.

Postell admitted that a college campus and the surrounding areas is a target-rich environment, and a criminal-mind is going to figure that out relatively easy. So, when it comes to solving the break-in problems, for the lieutenant it comes down to a dual-pronged attack: dissuasion and situational awareness.

Dissuasion starts with locking your doors and can even go as far as buying a cheap security camera to keep in a room or focused on your door or windows, according to Postell. Adding situational awareness to that equation makes it much more difficult for criminals to take advantage of classic vulnerabilities that have plagued BC students for years.

“Crime prevention is elementary,” he said. “If we can digress back to what we were taught at an early age about certain things, then I think it increases our safety.”