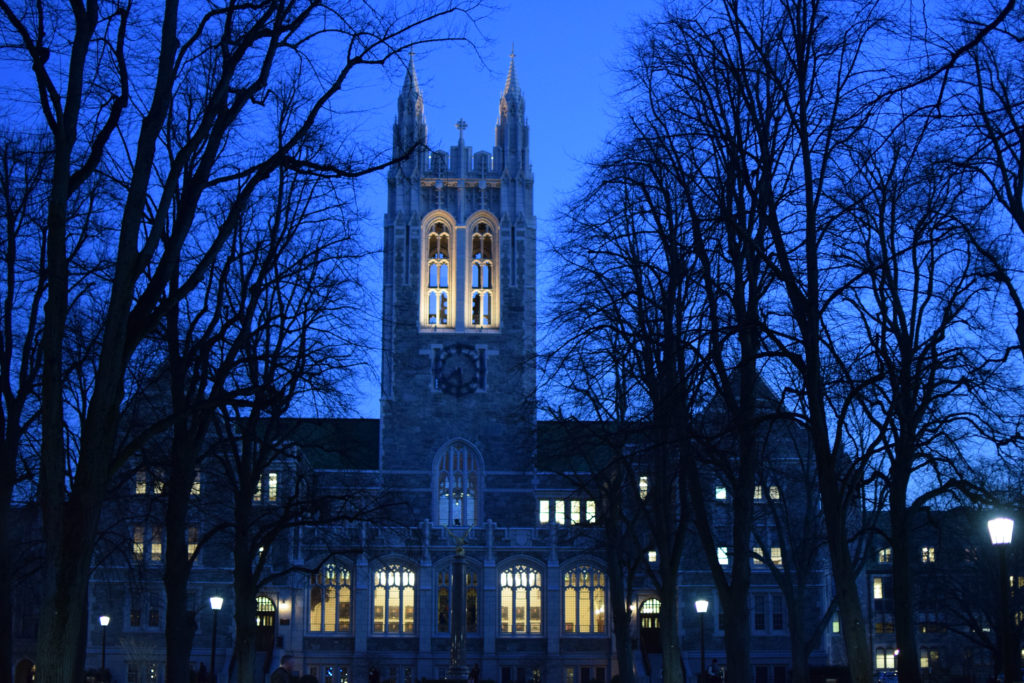 Judge Denise Casper has ordered the breach of contract lawsuit pending against Boston College to a jury trial, according to an electronic court order sent to the two sides in the lawsuit Friday afternoon. Breach of contract and basic fairness claims made by the plaintiff, who claims BC mishandled his case when he was accused of sexual assault, will be considered during the trial.

The University and counsel for the plaintiff had not responded to requests for comment at press time.

The plaintiff is seeking expungement of his disciplinary record and $3 million in damages.

(When the alleged incident originally occurred, the plaintiff, identified only as “John Doe” in court documents, was reporting on an event for The Heights.)

The University had argued that the case should be a bench trial over the breach of contract lawsuit and that if BC had been found guilty of that breach, the University would hold another disciplinary hearing under its own jurisdiction to determine whether the plaintiff should have his record expunged.

Casper ruled that based on the First Circuit Court of Appeals decision and the plaintiff’s arguments, a jury trial was necessary. Casper stated that none of the cases the University counsel laid out as precedent in the joint statement filed this summer served as “authority … [that] warrants a different outcome.”

Due to the fact that the plaintiff would require his record be expunged as a demand in any settlement, the University has been unwilling to settle the case up to this point.

The trial is tentatively scheduled for the first quarter of 2019. It is the first breach of contract lawsuit to go to jury trial after the “Dear Colleague” letter was issued in 2011 by the Obama administration that redefined Title IX guidelines.

It is the second due process lawsuit to go to a jury trial: In 2011—eight months after the Obama letter was issued—the University of the South went to trial with a plaintiff identified only as “John Doe.” Doe won $26,500 of a requested $5.5 million on a fairness of process argument. The circumstances surrounding that process were much different from the circumstances surrounding the BC case.

A proposed trial date must be sent to the court by Oct. 5. The step that follows trial scheduling will be deposing witnesses, as well as hammering out the scope of the case in pre-trial conferences in the final few weeks leading up to the trial.