Home » Adrenaline-pumping ‘Hold the Dark’ Disappoints in the End 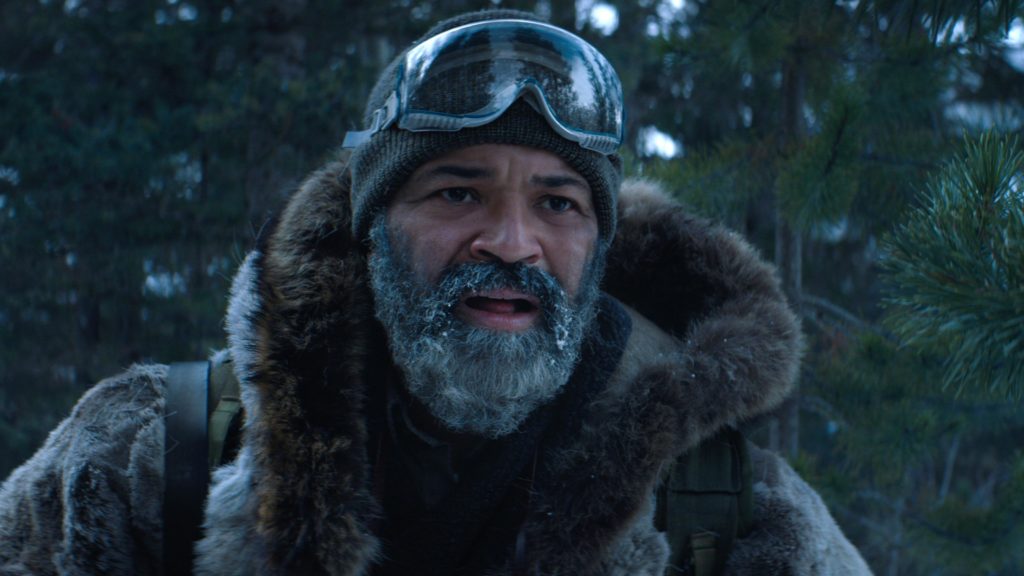 Adrenaline-pumping ‘Hold the Dark’ Disappoints in the End

Based on the novel written by William Giraldi, Hold the Dark is a Netflix thriller that keeps the audience on the edge of its seat from start to finish. The movie opens up with a simple yet intense plot. Russell Core (Jeffrey Wright) is a writer and wolf expert called to Alaska by a mother who claims her son was kidnapped by wolves. At first it seems like the movie will take a path similar to that of The Grey or The Revenant, pitting Core against a pack of wolves alone in the Alaskan wilderness, but as the movie goes on it becomes clear that the wolves aren’t the antagonist.

It is revealed that Medora Sloan (Riley Keough), the mother who called Core out to Alaska, killed her own son and called the writer Core for the sake of publicity. Her husband Vernon (Alexander Skarsgård) is injured in action in Iraq and is sent home only to hear that his wife has murdered his son, unhinging him and setting him on a bloody path of revenge.

The standout scene in this movie is a confrontation between the police—led by Chief Donald Marium (James Badge Dale) and a friend of Vernon’s named Cheeon (Julian Black Antelope). Marium and Cheeon meet in front of Cheeon’s house with about 20 armed police watching. The dialogue is intense both in terms of content and character development for the two men. As it becomes clear that Cheeon will not cooperate, a massive shootout begins and the movie’s tone shifts from a quiet investigation to an all-out war. The Alaskan tundra makes for an awesome battle setting, and the fight itself is emotionally moving, realistic, and carries heavy stakes. Director Jeremy Saulnier showed off his inner Quentin Tarantino here, transitioning so smoothly from tension building conversation to a chilling and extreme firefight.

This and so many other scenes in Hold the Dark subvert audience expectations in a refreshing way, making for an attention-grabbing plot. While the movie may seem like it is going to be about conflicts between men and wolves, the real conflicts in this movie happen between people. After finishing the movie, the reason behind the title becomes clear. “The dark” seems to be this idea of an overpowering absence of light and fear of the unknown that these people in middle-of-nowhere Alaska have suffered from. This dark corrupted Medora and Vernon’s minds, making them no different from the wolves that we are told to fear from the movie’s onset.

While this psychological twist and the breathtaking action make for great plot and entertainment, the movie fails to conclude in a meaningful way. The motivations of Medora and Vernon are left ambiguous, Core’s arc doesn’t receive closure, and these characters deserve more than the ending they get. Multiple interesting plot lines are dropped in favor of a convoluted and unrewarding final act. This was a truly disappointing decision by the director, as a movie that built up a lot of tension simply doesn’t get a good payoff. Viewers might have spent most of the movie on the edges of their seats, but Hold the Dark left them unfulfilled and confused in the end.

That being said, Hold the Dark is certainly worth your time if you want to be glued to your screen for an hour. Wright’s standout acting along with very well written dialogue and a fantastic setting make this Netflix special another strong addition to the streaming giant’s resume.