Home » A Dose of Reality Brings ‘The Good Place’ Down to Earth
Arts, Television, Review

A Dose of Reality Brings ‘The Good Place’ Down to Earth

Maybe heaven isn’t all it’s cracked up to be. And maybe—just maybe—we don’t have to be perfect to get there.

That’s what’s implied on The Good Place. The wholesome show is an excellent supplement to your theology and philosophy core requirements—it ponders the afterlife, discusses philosophers, and even takes a jab at solving the trolley problem. Season 2 ended with Eleanor (Kristen Bell), Chidi (William Jackson Harper), Tahani (Jameela Jamil), and Jason (Manny Jacinto) being denied access to The Good Place because they were unable to pass their individual tests. Once Michael (Ted Danson) arrived, he convinced the judge to allow the group to prove its moral improvements back on earth.

It was all part of a test to see if everyone in the group had become a better person after they died. They were thrown back to their lives on earth to see if the morals they learned in the afterlife had any sort of lasting impact. It turns out that, while they improved a bit, they all slipped back into their “bad” habits at some point. Michael spends the entirety of episodes one and two trying to get the group back together while on earth.

Michael was smart enough to realize that Eleanor was willing to listen to anything Chidi said. Naturally, the only way he can get them together is to appear as a bartender who gives a drunk Eleanor some words of wisdom that were originally said by Chidi. She looks Chidi up online and connects with his lectures, and instantly gets on a plane to go talk to him. It is lapses in pragmatism and believability like this that make the beginning of the third season a stretch.

The previous two seasons of The Good Place, of course, weren’t realistic either. But they were otherworldly, and impeccably so. Every little detail made perfect sense within the realms of the show—everything fit together like pieces of a puzzle. And it was entirely believable.

But back on Earth, the bad group gone good is so much less convincing. While they were all somewhere else (whether the Good, Bad, or Medium place), the show was purely imaginative. It forced viewers to ponder very real topics (it temporarily had me convinced that, within the realms of the show, The Good Place might not even exist), but down on earth, it’s all too tangible. The previously supernatural characters are walking around universities, getting MRI scans, and going on dates.

It’s a bit of a paradox—the show got a little too close to home to make it believable. The producers should have kept it in the afterlife. That way, everything is left to the viewer’s imagination—the show could be interpreted in countless different ways. That’s what made it fun. By making the group earth dwellers, suddenly it’s a little ridiculous. The Good Place is a great show because of its imaginative qualities that are rooted in various philosophical theories. Interestingly, the show is completely bereft of religion, which makes it something that can’t be divisive. It’s totally made-up. The show started off as great because it was otherworldly with just the right pinch of reality. Now, it’s reality with a hint of fantasy.

While the season got off to subpar start, the plot was still interesting enough to keep the viewer’s attention. Many things are left unresolved from previous seasons (most notably the romance—or lack thereof—between Chidi and Eleanor). Additionally, Shawn (Marc Evan Jackson), a leader in the Bad Place who oversees Michael, has learned that the group is back on earth and that Michael is helping them with his supernatural powers. Surely, he will take action within the coming episodes to derail the efforts of Michael to get the group into the Good Place.

While the show is experiencing a small dip in quality, it still keeps to the characteristics that made it loveable. It has painfully real characters that are trying to be better. It has the perfect amount of silly humor. It has references to all that stuff you already forgot from last semester’s Philosophy of the Person class you drudged your way through. It’s overly-simplistic in the best of ways (the key to earth has a frog keychain on it). And it still makes you feel really good about humanity. Hopefully the gang will make it to either “Place” (Good or Bad) so we can go back to using our imaginations. 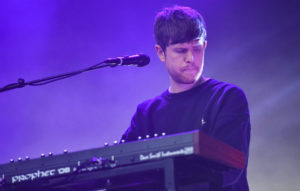