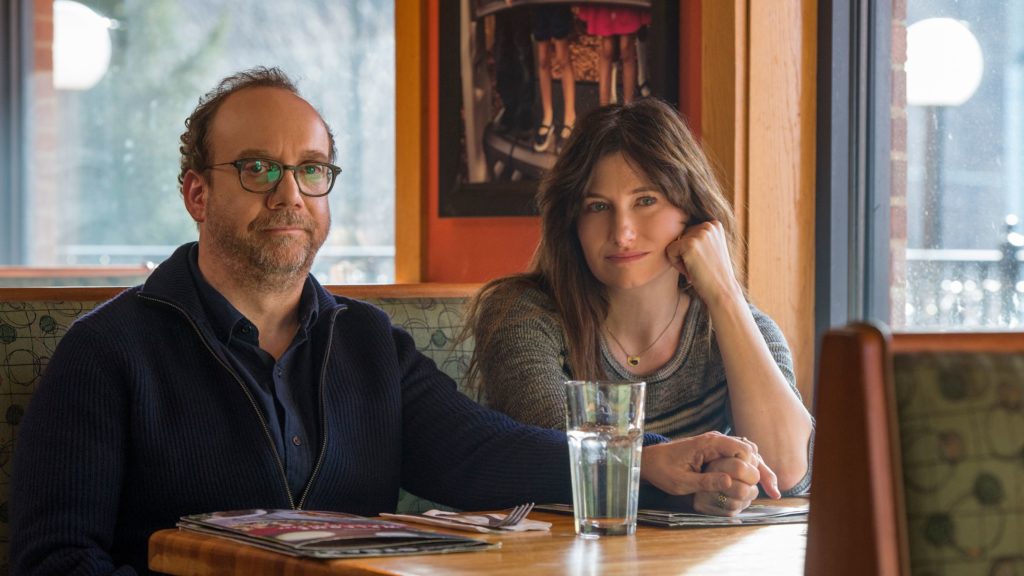 Netflix’s newest original film, Private Life, is emotional, funny, and packed full of great acting. The film tells the story of middle aged couple Richard (Paul Giamatti) and Rachel (Kathryn Hahn) as they spend seemingly endless money, time, and faith trying to combat infertility and get a child of their own. At the movie’s onset we are introduced to the optimistic couple, and go on to follow them as they try procedure after procedure to make their dreams come true. From failed fertilization efforts to failed attempts at adoption, we watch Richard and Rachel fall short of their dream of starting a family time and time again.

The plot takes its first major twist when Richard and Rachel decide to ask their step-niece Sadie (Kayli Carter) to serve as their egg donor in the latest of many procedures they are trying. Sadie is a twenty-five-year-old college dropout who is anything but self sufficient. Her lack of stability and direction in life causes her mother to bluntly oppose her part in the procedure. This creates a tense and moving conflict within the extended family, and while Private Life primarily depicts Richard and Rachel’s fight against infertility, it also does a good job at taking on family matters.

The acting in Private Life is flawless from top to bottom. Paul Giamatti and Kathryn Hahn play off each other perfectly as a couple trying to salvage what is left of their marriage, and Kayli Carter is funny and lovable in her role as a rebellious college dropout. The three have perfect chemistry in every scene, making for some very encouraging moments in this mostly sad story.

In a movie with this serious and emotionally taxing of a subject one might think there is nothing but gloom from start to finish, but that is far from the case. In the middle of the movie there is even a time when things seem to be going well with Sadie’s egg donation and the trio might as well be acting in the feel-good family movie of the year. Even when times are rough, Private Life finds a way to satirize and make light of the depressing subject matter. Richard is especially funny as he struggles to keep up the morale of the group. The comedic tone that the movie takes at times is perfect for helping the audience stay happy while watching a movie that could very easily bring some viewers to tears.

Despite already doubling as a drama and a comedy, Private Life also acts as an outlet to promote awareness for the hardships that real world couples struggling with infertility endure. We are exposed not only to the steep cost of so many of these procedures but also to the emotional weight that each one of these decisions carries. Sadie’s decision to donate an egg seems like a blessing at face value, but that fails to account for all the thought that Richard and Rachel had to put in before even asking her to help them. After Sadie assists in the fertilization, Rachel would be carrying an egg that is not her own for nine months, and then when the child is born she would have no genetic connection to it. Watching Richard and Rachel debate and grapple with every one of these decisions puts the audience right in the shoes of a real life couple making the same difficult choice.

Private Life does what very few movies can do in balancing a serious and somber real-world topic with lighthearted comedy. Throughout this movie’s two hour run time the viewer will feel the emotional roller coaster these characters endure as if they were living it themselves. Netflix has knocked the ball out of the park here with yet another powerful, passionate, and touching original movie.