‘The Sisters Brothers’ Negotiates Idealism and Cynicism of the Old West

Death looms largely over The Sisters Brothers, a grim revisionist Western peppered generously with sprinklings of humanity. Rather than subscribing to standard genre constructions, the film opts for a decisively picaresque approach as brothers Eli (John C. Reilly) and Charlie Sisters (Joaquin Phoenix) traverse the beautiful, unsettled expanses of the Pacific Northwest in the 1850s. The American Frontier is blossoming with the gold rush in full swing, luring in settlers to boomtowns like San Francisco with the promise of unimaginable wealth and glory. Our two bickering protagonists stand at the periphery of all this, searching for a man named Hermann Kermit Warm (Riz Ahmed), a chemist who’s come up with a lucrative formula for discerning gold in a river bed. He’s traveling with John Morris (Jake Gyllenhaal), an aimless journeyman of sorts, and together they’re pursuing the American dream while attempting to dodge the pursuit of money-grubbing capitalists, our eponymous heroes on horseback.

There’s a perversity to the framework here, as we’re saddled with following these brutal brothers attempting to steal Warm’s groundbreaking formula. Being a western after all, this structure doesn’t eschew complexity, especially when it comes to characterization. Often sloppy and belligerently drunk, Charlie is the more brutal of the pair, picking more fights than he can handle and shooting more men than he can count. If some Westerns tend to glamorize boozing stoics, then this film seeks to rectify that archetype with Charlie ingloriously falling off his horse and vomiting in every other scene. Eli, conversely, stays away from the liquor and thinks a bit more rationally as he considers retiring from being a hitman. This may very well be worn territory for veterans Phoenix and Reilly, who seem to play variations of these types of characters often, but that isn’t to say that they don’t do a good job. As the two brothers duke it out over ideological differences, their argumentative banter proves entertaining while revealing their respective shortcomings.

Punctuated by this pursuit is the quickly fading frontier of the American West, which is being built-up with storefronts, hotels, and other marks of civilization. The brothers pick up on this change along their journey, stopping in newly founded towns and cities that they seem ill-suited for. In a comical, but potent scene, Eli is introduced to the concept of brushing his teeth—he then buys a toothbrush and spends the rest of the film teaching himself how to use it. With this change comes a set of new challenges, as seemingly every character begins to consider how they want to future of their country to take shape. Warm, with his success as a chemist, stands apart from everyone else, resolutely idealistic with the hope that the country will learn how to remedy the corrosiveness of its capitalism. The film’s conclusion is not nearly as optimistic.

With The Sisters Brothers, French director Jacques Audiard (A Prophet, Dheepan) joins the ranks of foreign filmmakers who have come to America to make a film about America. And as critical and cynical as the film may be, there’s an evident love of the genre that can be felt in Audiard’s directorial choices—he indulges in gorgeous landscape photography, relishes in the banter of his cowboy leads, and includes a fair share of violent bloodshed. There’s often an ingenuity and knowing self-awareness at play in revisionists outlooks of this kind, but the film often feels too schematic for its own good—in some ways, its an easier film to write about than it is to love. Intentional or not, its subversions and critiques of the genre, while smart, frequently undermine the propulsion of the narrative—the film’s anti-climax may very well be the prime example of this inclination.

The film’s greatest achievement may be its mood, as Audiard maintains a sense of dread that persists even as the plot delves into comical diversions and philosophical inquiries. The Sisters Brothers is dark, without being unbearably heavy, and it’s a journey worth taking. As inelegant as some of the storytelling may be, the story itself remains intriguing enough in its own right, subsisting as a grim parable about civilization and its discontents. 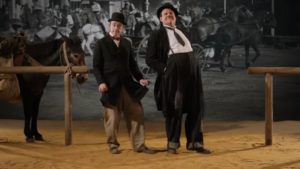 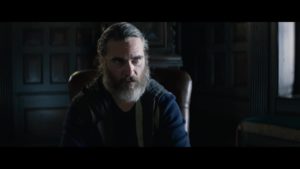