Austin, Texas — Before Austin City Limits Day 2, a friend drove us out to Valentinas, a Tex-Mex place about 15 miles south of downtown Austin. I’ve heard a lot about the famous Franklin Barbecue, where you wait outside for hours for your chance at some Texas brisket, but this place, out in kind-of Hill Country, was epic. Also epic is the half-indoors, half-outside coffee shop where I’m writing this, situated on the Colorado. As I wrote yesterday, not only does Boston not have something like ACL, we don’t have stuff as simple as a BBQ joint in a fun random place or even coffee shops on the water (seriously, I would be here every day).

Ye olde internet had forecast a lot of rain in Austin for Saturday, so at the festival I was braced for the famous Zilker Park mud. I thought the dusty, barely-there grass would disintegrate in an onslaught of water and hundreds of thousands of feet. I forgot my jacket. I broke one of the strings on the drawstring I’d planned on bringing. I wore sneakers that would’ve melted away by the end of the day. But somehow I dodged a bullet as the rain kept getting pushed to later and later, and the sun baked all day, until finally what I thought would be a wet afternoon stayed dry and became a beautiful evening. The only letdown was the lack of the planned silent disco, which, according to a security, got so out of hand that it was shut down early.

When I was 10, I attempted to learn the guitar, and the song I tried to learn that made me quit was “Welcome Home (Sanitarium),” which I just couldn’t figure out. Hearing it thump out over the crowd was exhilarating and also haunting, triggering in a way, as a reminder of my fifth-grade failure. But it was also extraordinary. The high point of the entire day was bassist Robert Trujillo’s cover of Willie Nelson’s version of “Whiskey River,” featuring a masterful solo from longtime guitarist Kirk Hammett, a tribute to ACL’s roots as a TV special featuring Nelson in the pilot.

Metallica live is not like Paul McCartney, who headlined on Friday. The band’s been together for 37 years and outside of metal circles doesn’t quite have the same popular icon status for all the festival-goers. And that was a good thing: a chill final show of the night, with no expectations.

The set of the day belonged to Sylvan Esso, the North Carolina-based duo of Amelia Meath and Nick Sanborn, who were playing the last show of their latest tour. Nominated for a Grammy last year for What Now, their most recent album, the pair seemed almost surprised at the love they got from crowd, with Sanborn saying, “Oh my god, there are so many of you.”

But they deserved it. The show started with lights like firecrackers, as vocalist Meath walked out, only her silhouette visible, followed by Sanborn, the producer. In a lot of ways Sylvan Esso was the Saturday cult favorite, ahead even of Metallica. Meath’s gritty, sultry, almost folksy voice was enchanting, and the beats made for a combination that vibed.

Highlights included “Die Young,” a haunting but somehow upbeat track about no longer being able to die early because you meet someone you like, and “Coffee,” with its earworm “get up, get down” hook.

Sylvan Esso’s set also somehow felt the most cosy, the most conscious of the audience. “I hope you’re all keeping hydrated and taking care of your bodies and everyone’s bodies around you,” Meath said toward the end. “And I hope you’re all registered [to vote],” Sanborn added.

CHVRCHES, the Scottish group that released its third album, Love Is Dead, earlier this year, kicked off the night with a breezy show as the sun set and ACL started to cool off. The ethereal synth of “Get Out” and “The Mother We Share”—the bookends of the show—set the tone for ACL’s Saturday night. 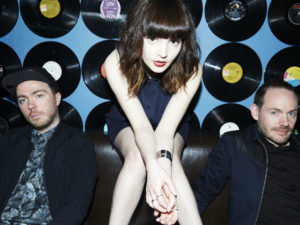 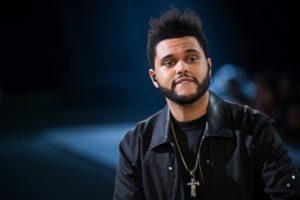