Bad Times at the El Royale seems to have purposely contradicted its own name by being anything but a bad time.

This film is the second in the directorial career of Drew Goddard, whose first film was the highly touted horror-parody The Cabin in the Woods. He has also produced films such as The Martian and 10 Cloverfield Lane. Out of every film he’s been involved with, this might just be his masterpiece.

Bad Times at the El Royale is about a hotel (the El Royale) on the Nevada-California border. The border itself cuts the property perfectly in half. A bunch of unrelated characters find their way to the hotel at around the same time, and they all have their own vices and secrets. Inevitably, hell breaks loose and the guests clash. In the interest of leaving the delightful discovery of this movie intact, no more plot details will be revealed.

Anyone who has ever seen and enjoyed Quentin Tarantino’s film The Hateful Eight will probably like this even more, because Goddard has managed to take Tarantino’s format and modified it to be more engaging and have a much faster pace. While The Hateful Eight takes its time to get into the action, Bad Times at the El Royale doesn’t lollygag around with its plot. It takes no time at all for the conflict to begin between all of the members of the very diverse cast of characters in the film, and once it does, the story is so engaging that it’s easy to forget that the movie is almost two hours and 30 minutes long.

A huge part of what makes this film so good is its willingness to subvert the expectations of its audience. Bad Times has a Game of Thrones-esque level of ruthlessness when it comes to its characters’ lives, and it is an incredibly refreshing deviation from the norm for modern-era filmography. No character is safe, no matter how famous the actor who plays them is, and that makes the story so much more difficult to predict, and therefore more impactful.

This sort of subversion of expectation is something Goddard has been able to insert into all of his films so well, from the twist in The Cabin in the Woods to the character uncertainties in 10 Cloverfield Lane. His knack for interesting and surprising storytelling (he is credited as a writer for both Cabin and El Royale) is what has made his films so entertaining, and that certainly doesn’t stop with his newest film.

One of the aspects of this movie that was very highly advertised and strongly hyped up was the cast, and it did not disappoint in any way whatsoever with Jon Hamm, Jeff Bridges, Dakota Johnson and Chris Hemsworth (who provided what might have been his best performance ever) headlining a wonderfully talented group of actors. These performers, along with the script that they were given to work with, are what make this film so engaging. So many of these characters are likeable despite their behavior, and it makes the things that happen to them much more emotionally effective. The audience cares about the characters because the actors do such a phenomenal job of humanizing them despite how evil and flawed many of them are.

Another great part of this movie is the implementation of music throughout its duration. Sometimes, not using music at all is the best way to set the tone in a scene, and Bad Times at the El Royale has a perfect grasp of this concept. There are multiple scenes in this film where there is no background music for up to 10 minutes at a time, and it really makes the scenes without it much more tense and effective. The background silence is often combated by music within the film’s universe, namely from some of the characters either singing or listening to records from a jukebox. This adds to the immersion of the story by providing realistic audio to accompany the events that happen.

Bad Times at the El Royale is a breath of fresh air for modern-day film, and may well be one of the films that enters the award-show discussions come early 2019. It is masterfully written, directed and acted, and is riveting from start to finish despite its length. This is easily one of the best films of 2018 so far, and is much more than the “whodunit?” type of film that it seemed to be based on its advertisements. Give this movie your money, because it not only deserves it, but also needs to make enough to show studios that this kind of quality film can be profitable in the box office. If you like movies like this, go watch it in theaters, because you just might help make the case for more of them to be made. 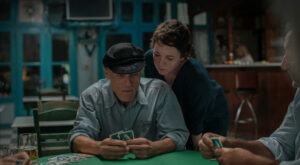 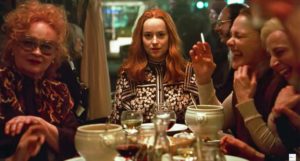