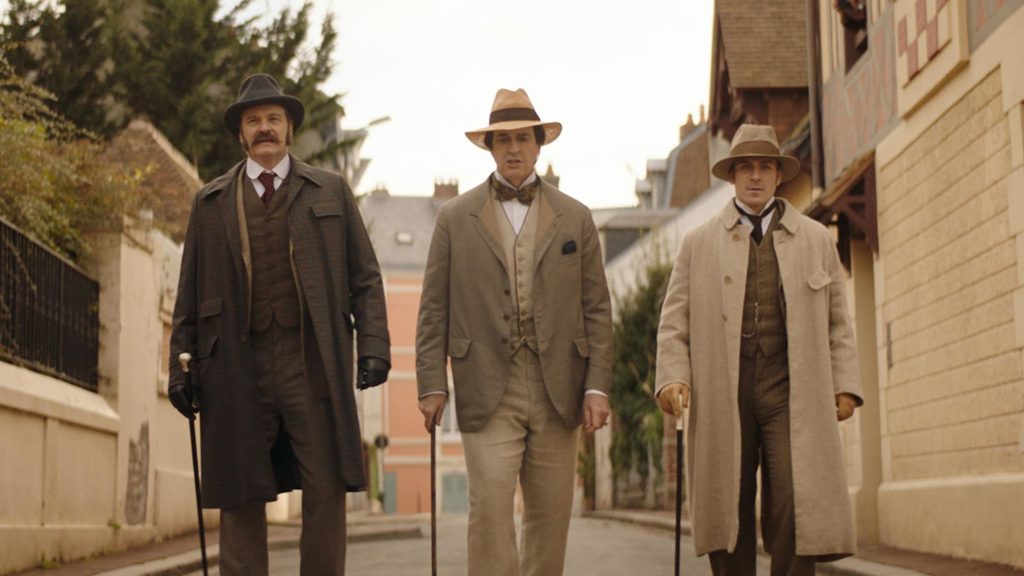 A melancholy yet visually gorgeous look into the final years of Oscar Wilde, The Happy Prince is a moving biopic about the search for happiness amid an unaccepting society and an analysis of how vices can wholy consume a man and ultimately leave him empty.

Despite the immense success by which we remember him today, The Happy Prince treats Wilde’s literary triumph as nothing more than a footnote. Flashy glimpses of Wilde’s golden days are overshadowed by the dreary circumstances of his final years. The film opens in 1897 with Wilde being released from prison, having been sentenced to two years of hard labor for “gross indecency.” Wilde is taken in by the only two people to remain loyal to him: Robbie Ross (Edwin Thomas), Wilde’s executor and former lover, and Reggie Turner (Colin Firth), a loyal member of Wilde’s fanbase left over from his glory days. Although they set him up with lodging in France under an assumed alias and secure a stable allowance for him, ensuring a peaceful exile from society, Wilde quickly reverts back to his hedonistic ways.

His unwise reunion with Lord Alfred “Bosie” Douglas, the young man whose father accused him of being a sodomite and single-handedly brought about his ruin in 1895, sets into motion the downward trajectory of the three remaining years of his life. The fallen author attempts to reconcile with his wife Constance (Emily Watson) in order to reunite with his two sons (who, at the film’s opening, we see Wilde telling a bedtime story), but the damage has already been done. The longer his relationship with Bosie progresses, the more easily the audience can detect its danger. Wilde’s last days of exile in France are characterized by a search for “purple hours,” fleeting moments of happiness through drugs, alcohol, and male companionship. His love for life, and all the debauchery that comes with it, is still tangible, but outside the means of his small allowance.

Where The Happy Prince triumphs is in Rupert Everett’s robust, full-bodied portrayal of Wilde. Having been fascinated with the Irish poet and playwright ever since he was a child, Everett shows a deep connection with his subject matter that goes beyond an openly gay actor playing a gay historical figure. Prior to his role in The Happy Prince, Everett portrayed key characters in film adaptations of An Ideal Husband (1999) and The Importance of Being Earnest (2002) as well as Wilde himself in the 2012 revival of David Hare’s The Judas Kiss. Everett was destined to play Wilde, as the passion with which he throws himself into the role can attest.

Even so, Everett’s fantastic portrayal of the Irish wit cannot make up for his shortcomings in the writing and filmmaking departments. One can imagine that it would be difficult to write lines for Oscar Wilde, arguably the greatest writer of his time, and although Everett tries and at times succeeds, it is at best an approximation—it is missing that special something that makes Wilde’s work so delectable.

The Happy Prince is Everett’s directorial debut, and it certainly shows. Choppy flashbacks between the past and present leave the audience confused and scrambling to piece scenes together into a cohesive timeline. The movie is full of awkward scene transitions and questionable stylistic choices, notably those invoked in the scenes leading up to Wilde’s demise. One thing cannot be denied, however, which is the film’s passion for its subject matter.

Although The Happy Prince is difficult to watch, both for its complexity of emotion and the empathy it manages to conjure for the late poet, it gives a respectful nod to Wilde’s struggle to be himself amid the injustice he faced at the hands of Victorian society and teaches us that there’s truly “no mystery so great as suffering.” 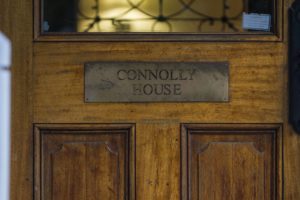