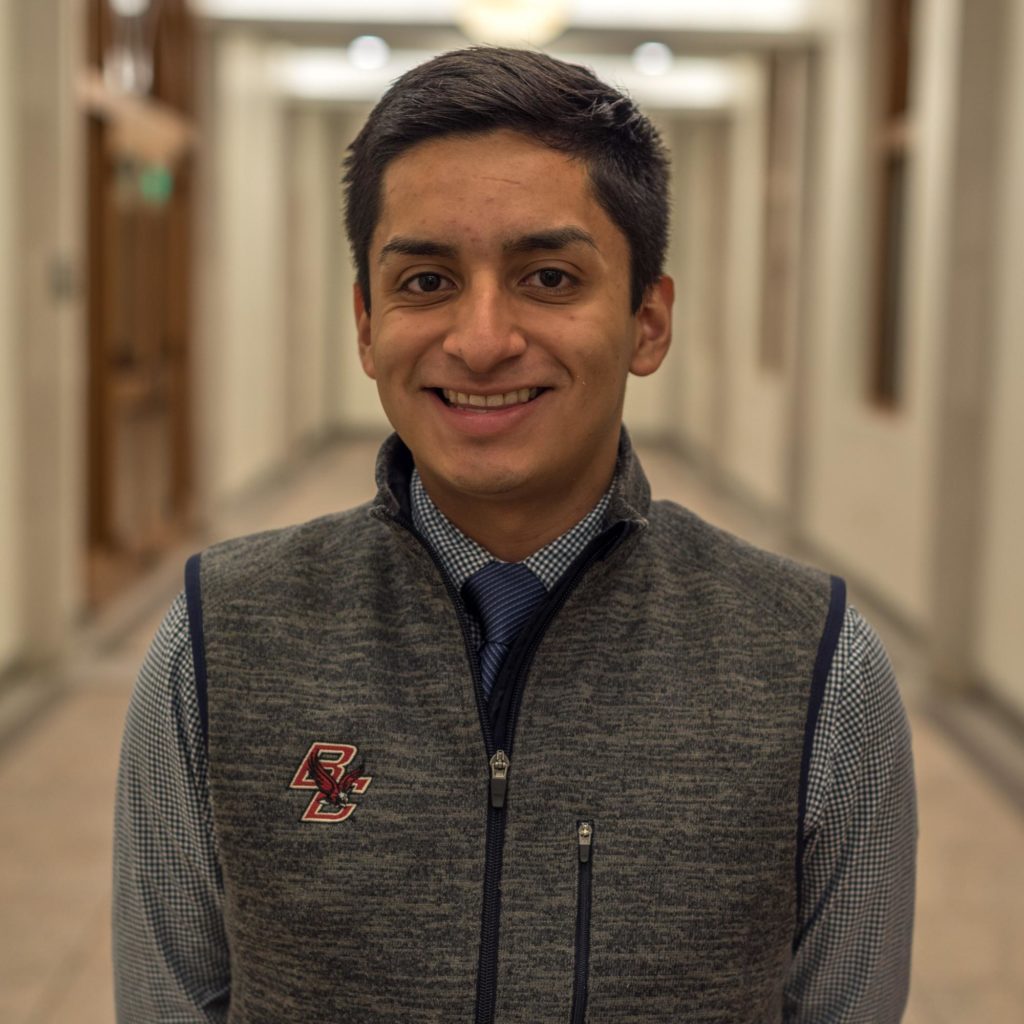 John Gehman, the new chair of the Intersections Committee and MCAS ’21, plans to center his committee around providing initiatives that encompass the entire, diverse population that makes up the Boston College community by concentrating on creating programs that emphasize intersectionality, differing identities, and inclusivity.

To Gehman, he’s the perfect person to lead a committee centered around such a wide-ranging set of goals in pursuit of improving resources for every member of the University’s student body.

“Being a first-generation, AHANA+, LGBTQ+ immigrant from Mexico, I felt like a lot of my life was focused on overcoming adversity,” Gehman said.

These identities, Gehman suggests, are just a few on the long list of people’s identities that could be helped by the Intersections Committee, which is tasked with protecting and assisting BC students who feel as if their identities don’t necessarily match those around them, working to help them feel like a of the BC community.

Gehman spent his first year at the University exploring the resources that BC has available to people with similar identities as him before he realized that these resources weren’t being marketed in a way that made all students aware that they existed. He was first made aware of these intersectional programs, which Gehman calls “untapped resources,” when he was working as a summer tour guide with the Office of Undergraduate Admissions and with the McNair Exploratory Program. During this time, Gehman said that he learned just how few people were aware of the services available for people with diverse identities.

Gehman responded by prioritizing programs that will provide information for all students on campus that could benefit from untapped resources. To combat how little students know about these programs, one of the main initiatives that Gehman and his committee will be pushing for is a Student Resource Fair. There, support programs targeting individuals of certain identities can advertise themselves to the broad student body, much like the Student Involvement Fair.

Gehman has talked to the Office of Institutional Diversity, the Dean of Students’ office, the Bowman AHANA+ Intercultural Center, the Montserrat office, and Learning to Learn to come up with more ideas on how to expose students to such resources. Gehman’s initiatives, however, encompass more of the BC community than just outside of the classroom. He’s also striving to promote “specific inclusivity in the classroom.”

“I want to ensure that all faculty and staff are receiving adequate cultural competency training,” he said.

Gehman is also intent on ensuring that every member of his six-person committee is also contributing ideas to promote an inclusive environment. In particular, committee members have proposed methods and changes to make class syllabi more inclusive by providing a wider variety of syllabi options to people who have disabilities.

One syllabi change that Gehman said he believes is necessary is increasing the font size of the syllabi so vision-impaired individuals are cared for in the classroom setting in the same way the rest of the student body is.

Also, as part of this same initiative, Gehman wants to make syllabi more accessible long before classes begin so that any impaired student who needs a different textbook can put their order in early—Gehman has concerns about students not having enough time to order different types of textbooks from those used by students who are not in need of different accommodations.

Ultimately, Gehman sees the goal of his committee to make sure that BC is as open and accepting a community as possible, both in relation to students’ personal endeavours and their academic ones.

“We really want to have Boston College be an inclusive campus by signaling that students of all different diversities are welcome within the classroom,” he said.