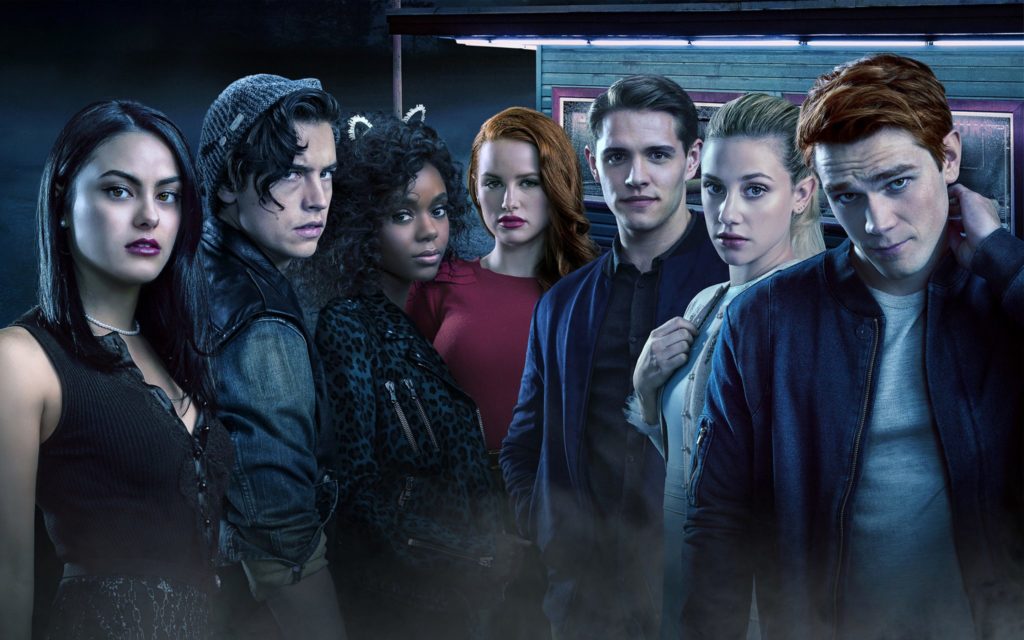 Riverdale’s new season has only gotten darker. The good-natured group of high school students can’t seem to take down evil in their town once and for all, but it’s exciting to seem them try. If fans remember from last season, the hero Archie (KJ Apa) has been arrested on murder charges. He was framed by Mr. Lodge (Mark Consuelos) and is now facing trial. Of course all of his friends are behind him and fighting for his freedom. At the end of the episode the trial concludes after working on it all summer Betty (Lili Reinhart), Veronica (Camila Mendes), Jughead (Cole Sprouse), and others wait to see what will happen to Archie. In the background, the Serpents with its new member Cheryl (Madelaine Petsch) are fighting the Goulies again.

Mr. Lodge seems to be waging a war on all fronts. There were two confusing subplots in the season opener. First, Betty’s mother and sister were briefly levitating Polly’s babies over a fire which was not explained. Second, there is a boy who is following Jughead around saying cryptic things and then disappearing. Hopefully both will be fleshed out in later episodes.

Last season, Riverhead made a point of tiptoeing around the LGBT implication of Cheryl and Toni (Vanessa Morgan). Cheryl was clearly being punished by her family for being romantically interested in girls, but had never been pictured as actually involved with Toni. Last season felt like a placation of the fans to never have her come out as openly queer, but put the character in situations to imply she was queer. This season in the first episode, Toni calls Cheryl “babe,” and Cheryl talks about riding around all summer with Toni. Still, the word “gay” has yet to be used in the script, but the CW is clearly leaning into their choice to have an openly gay couple in script.

Remarkably, Mrs. Lodge (Marisol Nichols) has had more to say in this first episode than she did all of last season. She was not an entirely independent character in the past. In the beginning of the show she seemed strong and against her husband, later she echoed his every word. It has been a confusing personality to watch to say the least. Mrs. Lodge has seemed like the bad guy recently until now. She has been written back in as a dynamic character with her own opinions. Mrs. Lodge has been presented as against the evil doings of her husband but not quite in support of her daughter either. Again, she is hard to pin down on a side of good or evil, but this season it seems to be leaning toward good, so far.

The soundtrack to the first episode was fantastic. Clearly playing to their audience, the CW chose to include “Youngblood” by 5 Seconds of Summer. A great choice to encapsulate the feeling of the episode at the time during a joyride and the last feeling of summer before school, or possibly jail. The producers are very good at creating a feeling of youth and happiness when they need to by playing to common activities of high schoolers like parties and swimming and driving on back roads in the summer.

Anyone who is reminiscent about friends back home or summer with freedom would love Riverdale’s newest episode. As a show Riverdale is often centered around youth culture and strong friendships, but in this new season they really came out with a bang. A lot of good music and a strong sense of summer fun makes you wish you were 17 on the Fourth of July again. Riverdale couples the happiness and reminiscence with almost entirely clear black/white good/bad sides that make it easy to watch, much like a Marvel franchise movie. Riverdale is a good way to take stress away from exams and life by throwing yourself into a world of easy decisions about the right way to act.

Featured Image by The CW