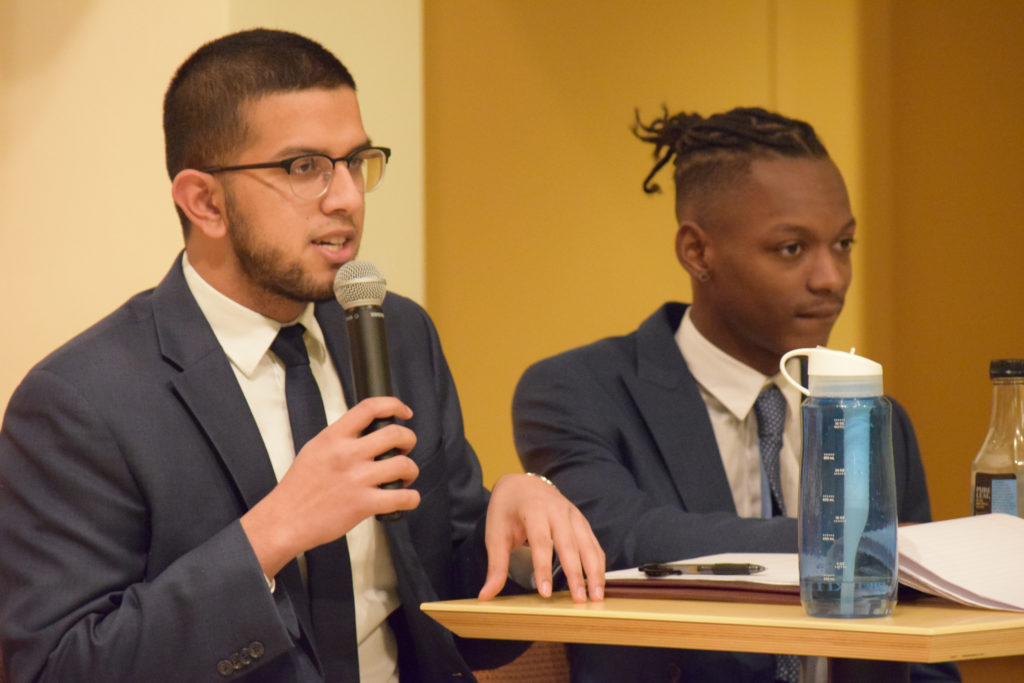 Aneeb Sheikh, MCAS ’20, is focused on change, both big and small. As he takes over as the newest chair on the Undergraduate Government of Boston College’s Academic Affairs Committee and president pro-tempore of UGBC, he’s now in an even stronger position to enact the advancements he feels can vault the BC community into a new, modern, diverse group.

Sheikh and his committee sat down earlier in the semester and plotted out how they would implement a total of six main initiatives that they had brainstormed. Having been a chair in UGBC before, Sheikh ranked these initiatives from easiest to hardest in terms of the ease in accomplishing each goal relative to the others.

The committee’s first two goals promote one thing: increased diversity on campus. The first goal that Sheikh and his committee will undertake is the increasing diversification of the core curriculum. In the past, Sheikh has noted that he is particularly concerned with effecting change within the theology department’s core courses. At the time, he indicated his hopes to make courses in other religions outside the traditional Christian theology count toward fulfilling requirements.

Piggybacking on the diversifying sentiment is the committee’s second goal: to increase the diversity of BC’s faculty. As administrators face down difficulties inherent to putting together a more diverse faculty, the Academic Affairs Committee will continue to advocate for new initiatives to make diversification more feasible.

Sheikh’s third initiative is to help cultural programs rise above their current status and solidify their own department on campus. These programs, such as the African and African Diaspora Studies program and the women and gender studies program are an integral part of diversity on campus, according to Sheikh. By creating a full department committed to educating students on diverse topics to house these programs, it will become easier to bring in more students and resources to some of the most valuable initiatives on campus.

“These programs enhance diversity of classes and provoke students to think in a way that might be different to what is the norm,” Sheikh said.

The fourth idea that he and his committee will undertake is to progressively increase the mandatory training that BC faculty will receive in terms of student disabilities. Sheikh said that the inspiration behind such an initiative was derived from numerous personal anecdotes and complaints that he has heard from disabled students on campus.

“I have heard personal stories myself of people who, despite having a documented disability, faced serious obstacles and opposition when taking a class, which they shouldn’t have to,” Sheikh said. “Sometimes it’s the professors own ignorance on the topic or reluctance to accommodate which leads to this problem.”

Sheikh has also been looking into further academic transparency for international students. He is concerned about ensuring that international students have a comprehensive orientation prior to their arrival at BC. International students need to be completely briefed on important topics relating to academic experience—such as the specifics of United States copyright law, among other gray areas that students from other countries may not be entirely familiar with.

The most ambitious goal that Sheikh and his committee have outlined has to do with how first semester grades are weighted relative to overall GPA. This policy, Sheikh said, came to his attention after his sister began attending Wellesley College. “Shadow grading” is a grading system where every incoming freshman’s first semester GPA is not collated with the rest of their semesters when it comes to the computation of a student’s overall GPA.

That is, first semester grades are taken pass-fail, with none of the class grades counting toward a student’s final GPA. The main advantage of this, according to Sheikh, is to provide students with an incentive to take courses that fall outside of their comfort zone.

“[My sister] took a computer science class, which otherwise she would have shied away from taking, because even though she has an interest or she wants to explore that interest, she thinks that she’s not good enough or it’s too difficult and she doesn’t want to risk the possible GPA fallout,” Sheikh said.

While he and his committee are only in the planning stages of accomplishing their list of initiatives, Sheikh has emphasised his goal of allowing his committee members to take more control over working on the long-term projects while Sheikh works on their shorter-term goals.

“I really want the bigger projects to be taken on by committee members because that will challenge them to put more effort in it, to see the project flourish, and hopefully that is going to make them more invested in it,” he said.