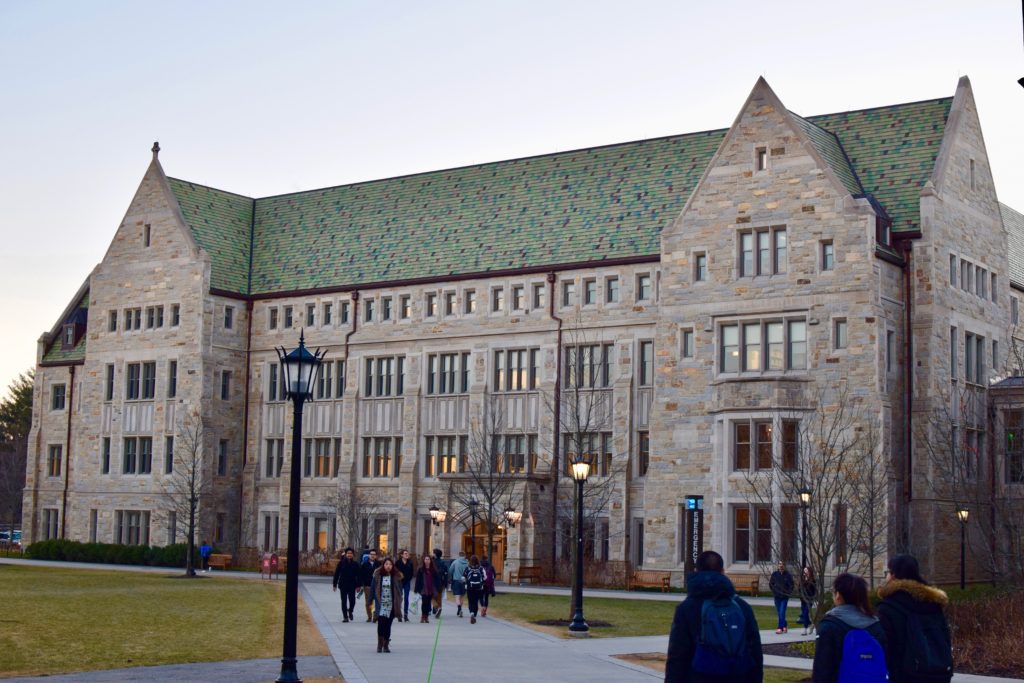 The economics major was reclassified as a science, technology, engineering, and math (STEM) program from a social science this summer. The major was discontinued and replaced by Econometrics and Quantitative Economics (EQE) which will serve as its new name.

International students participating in a 12-month optional practical training program after graduation may use a STEM degree to apply for a 24-month extension, according to the United States Citizenship and Immigration Services. The extension may place students in a better position to find employment, Baum said.

“From [the economics department’s] standpoint, we felt it was reasonable to say that our undergraduate program is focusing on the same kind of technical training that is expected of a STEM program,” Baum said.

The current BC economics curriculum involves econometrics, labs, statistics, and electives that make use of quantitative methods related to data analytics. Beyond the benefit it gives international students, the reclassification emphasizes the direction the department is taking the major in order to make it more valuable for students, Baum said.

Based on internal data regarding the Class of 2017 compiled by the Career Center, 52 percent of survey respondents with an economics degree are employed in financial services, consulting, and banking industries. Of the 43 percent of respondents pursuing a master’s degree in graduate school, 43 percent are in STEM programs.

“There’s a reason why economics is so popular,” Baum said. “It is a major that if you come out with a good understanding of economics—you do have a lot of options. A lot of the changes we are making within the major are aimed at capitalizing on that and making it even more valuable.”

Effective in fall 2019, the core requirements for the economics major will include only one semester of a Principles of Economics course, eliminating the two-semester sequence. The number of courses required to graduate with the major will not change—instead, another upper level elective requirement will be added. Students currently enrolled in the major may still take the two-semester principles courses. Changes to the core curriculum do not have any direct effect on the STEM classification, according to Baum.

“The student who goes through those 11 courses will have even stronger training now than they have had,” Baum said. “All of these changes are oriented toward trying to strengthen the major.”

Additionally, the economics department plans to have a presence in the Schiller Institute for Integrated Science and Society, which is scheduled to begin construction in the spring of 2019. The institute will “create a multi-disciplinary, collaborative research process to address critical societal issues in the areas of energy, health, and the environment,” according to its website.

“What has arisen from my collaborations with colleagues and social work is that there is an economic dimension to many of the issues we are looking at [in the Schiller Institute],” said Baum.

The University’s strategic plan identifies several research areas within the institute, including the environment, energy, and public health, where BC can strive to be a leader—economists have a lot to contribute to each of those disciplines, according to Baum.

“Economists are certainly going to be playing a major role in a lot of the initiatives that go on there and provide tremendous opportunities to students, both undergraduates and graduates, in terms of getting involved in some of those research projects,” Baum said.

With the reclassification, BC joins Yale, Columbia, MIT and many other institutions who’ve made this change to their economics departments.