Joji, James Arthur, and More in New Singles This Week

If you’ve been a frequent peruser of YouTube for the past few years, you may have come across the channel Filthy Frank, which focused on George Miller (and a few others) doing some pretty strange and ridiculous things while clad in tight-fitting, brightly colored full-body spandex suits. In the past few years, however, Miller has separated himself from this channel and its decidedly niche audience to move forward with a musical career. Titling himself “Joji,” he’s moved away from the random and weird antics of his past to focus on more serious and nuanced music, which is usually described as a mix of trap and R&B. It’s been quite successful, as he already has a popular EP under his belt and is planning on releasing his first studio album soon. “TEST DRIVE” is one of the singles released from that aforementioned album, and if the rest of the songs on it are of its same quality, Joji might have something of a breakout release on his hands. Like many of his other songs (like the hit “DANCING IN THE DARK” released about a month ago), it has a lowkey, sad beat and meaning, as Joji sings of a relationship that slowly is breaking apart. The hooks and melody are catchy, lending much to the replayability of the song. It’s not a totally new step forward for his music, but if you like Joji, you’ll definitely be satisfied with his newest release. Keep an eye out for the release of his first album BALLADS 1 on Oct. 26.

James Arthur initially came to prominence for winning The X Factor in 2012, but most people are likely more familiar with him from his smash hit “Say You Won’t Let Go,” which turned out to be one of the most popular pop ballads from 2016. Since then, Arthur has struggled a bit to replicate that massive, chart-topping success, but he’s taken a step in the right direction with “Empty Space.” The single isn’t any new ground musically for Arthur, but it’s a catchy, emotional song about losing someone dear and attempting to fill the void that they left. Expect to possibly hear this one on the radio if it manages to gain some traction on the Billboard Hot 100.

Garrix isn’t quite a household name in the United States, but internationally, he’s a mega-star, as he’s regularly in the top 10 of both the highest-earning and most popular DJs in the world, despite being only 22. His style shifts between pure trance and more pop-focused tracks (which usually arise when he’s doing a collab with some other popular artist, such as recently with Khalid), but “Waiting for Tomorrow” is an homage to Garrix’s roots. It’s simple lyrics, bombastic drop, and catchy melody tick all the boxes for traditional progressive house. Already an experienced producer, songwriter, and DJ, Garrix executed all of his ideas admirably on his newest track. 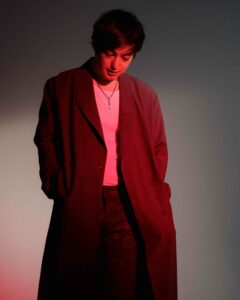