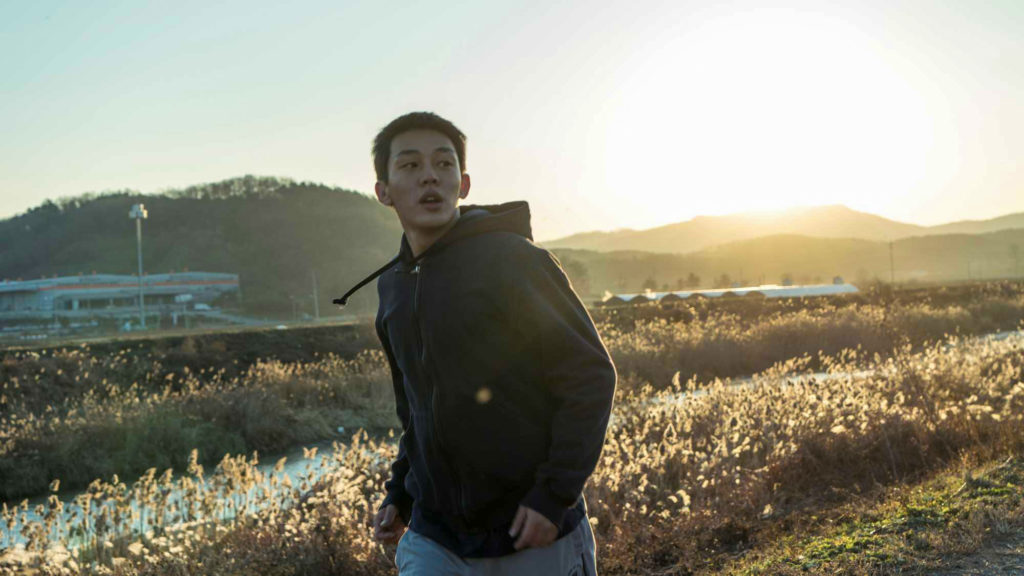 The folks at the Independent Film Festival Boston, with the support of the Brattle Theatre in Cambridge, put on a self-professed mini-festival this past weekend to preview some upcoming international and independent releases, all of which should be seeing some sort of theatrical release by the end of the year. Whether each of these films will make it back to Boston is yet to be determined, as most will likely platform out of New York and L.A. depending on their financial clout. Because these screenings have come in the wake of the fall festival season, expectations seem to have already been set, or at the very least anticipated, by the critical machine’s dispatches out from the Toronto, Venice, and Telluride film festivals, among others.

Therefore, it wasn’t really a surprise to see Alfonso Cuarón’s Roma—which has been garnering heaps of critical praise since its Venice premiere in August—as the festival’s centerpiece feature. Roma is being distributed by Netflix, and it’ll be available to watch in your queue on Dec. 14. The extent of its theatrical release (for the sake of its awards aspirations) has yet to be officially announced, meaning that its screening on Sunday may have been a decidedly rare opportunity to see it in a theater. Some of the other festival highlights included Paul Dano’s directorial debut, Wildlife, which opened the festival on Friday along with Ali Abbasi’s Border. Saturday began with an afternoon screening of Cold War, Paweł Pawlikowski’s swooning period romance set over 10 years in splintering, post-war Europe, which was followed up by Hirokazu Kore-eda’s Palme d’Or-winning film Shoplifters. Brady Corbet’s divisive character study of a pop star, Vox Lux, also made its Boston premiere on Saturday night, and Yorgos Lanthimos’ newest oddity, The Favourite, closed out the modest festival on Sunday night.

It should be said that going to the theater isn’t cheap, and along with the cost, impending midterms prevented me from seeing any of the aforementioned films (as much as I would have liked to). Instead, I limited myself to two international features that played on Sunday afternoon: Olivier Assayas’ (Personal Shopper, Something in the Air) introspective French talky, Non-Fiction, and Lee-Chang Dong’s (Secret Sunshine, Poetry) swirling South Korean thriller, Burning.

In Non-Fiction, everything’s changing and nothing is. Assayas’ film, whose French title Doubles Vies (Double Lives) is remarkably superior, signals a departure for the director known for his atmospheric films that generate their power from what remains unsaid. Non-Fiction flies in the face of this mode, opting instead for a narrative predicated predominantly on characters’ pithy witticisms and observations as the narrative drifts between couples working in and around the publishing world. This is a film of dinner parties and office politics, where characters gather, drink wine, and eat delicious food, and discuss lofty artistic ideals, the future of publishing, and how technology is changing everything.

When the programmer introduced the film, he called it “the most French movie.” In between these warm gatherings, almost every character is involved in an extramarital affair, while at the same time suspecting their spouse of doing the same. The ensuing web of adultery and the resulting anxiety lends itself to some rich comedy, and by the film’s conclusion, Assayas tries to marry the socio-philosophical jibber-jabber with the grounded family strife to create a rather compelling snapshot of the world as it is in 2018. Some of his attempts come across as opportunistic and at times, wholly uncool (such as when one character rants about tweets being the modern day form of poetry), but it’s a lovable mess. As unambitious this film seems in respect to the director’s prior work, it’s undeniably insightful and tender. With Juliette Binoche, Guillaume Canet, Christa Théret, and Vincent Macaigne. In French and subtitled English.

Simmering with anxious subjectivity is Burning, a rare thriller that finds its tension in the deep-rooted underpinnings of a society that’s being pulled apart at the seams. Adapted from a short story by Haruki Murakami, Chang-Dong’s film takes place in his native South Korea grappling with globalization, and it fixes its perspective squarely on a recent college graduate (Ah-in Yoo), a member of the working class. A writer by trade but a farmer in practice, he finds himself in a complicated relationship with a girl (Jeon Jong Seo) and one of her mysterious, affluent friends (Steven Yeun), who invites them both to diners and parties with his clan of yuppies. Crucial to this set-up is the class disparity and the consequent jealousy that comes from this systematic discrepancy, as these subtextual concerns quickly come into play as the film morphs into a hazy thriller. The title seems to refer to a number of things pertinent to the film, but none more important than the passion raging in our protagonist, who says very little but feels and wants very much. But even as Burning tethers itself to relevant societal concerns, it takes place in a heightened, almost metaphorical reality where fantasy and the real world become indiscernible. With Soo-Kyung Kim and Seung-ho Choi. In Korean and subtitled English.