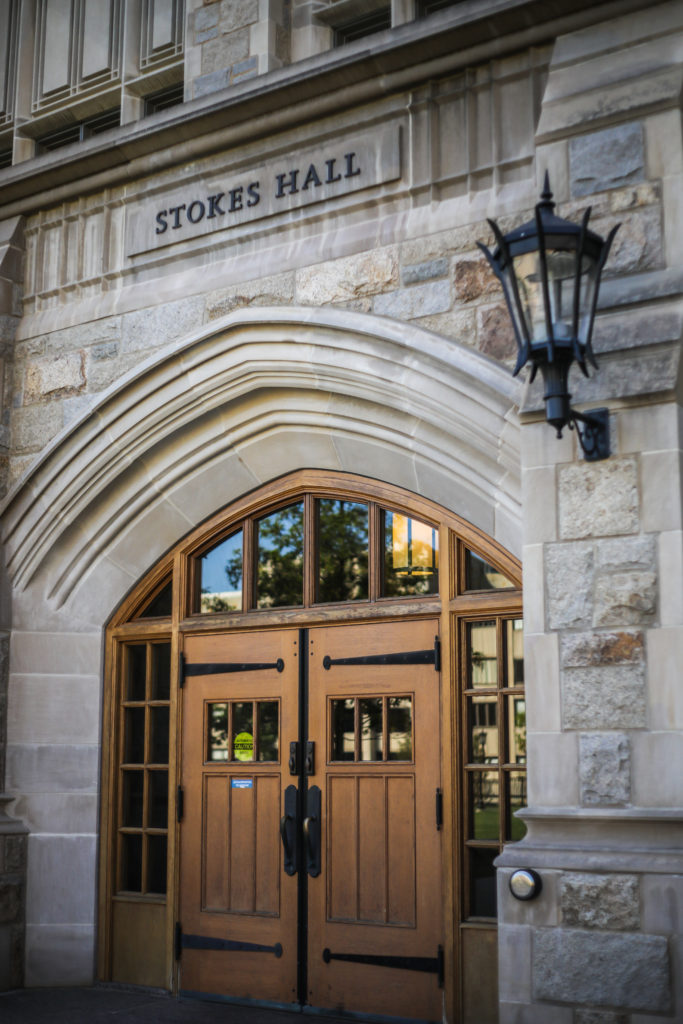 Stricter patient limits will be enforced for Massachusetts’s registered nurses if voters check “yes” on Ballot Question One in November. The question, which has divided nurses, was supported by a financial study by Judith Shindul-Rothschild, a nurse and professor in the Connell School of Nursing.

One clinical site has told the University, according to Susan Gennaro, dean and professor of CSON, that it cannot discuss placements until after the election. If ratios are required, the site will not be able to take on students for clinicals this spring, due to the short time in which it would be required to get its ratios in place.

The report, which was released in September, estimated that the change would cost the state $23,618,869.33 in fees, based on salary increases and the number of hospitals that will be required to make major changes. A conflicting report, released by the Massachusetts Health and Hospital Association, estimated that it would cost $1.3 billion the first year, and $900 million per year after that.

The number the association reported was unreasonable, because it is unlikely that nurse salaries will increase as much as they were estimated to in this study, Shindul-Rothschild said. The financial component of Question One could affect BC student nurses, some of whom fear that clinicals could be taken away if hospitals can’t afford to take on student nurses.

Sean Clarke, associate dean for undergraduate programs and professor in CSON, has studied policy and patient outcomes and agrees that it could put pressure on the nursing program. The Connell School of Nursing does not have an official stance on the issue, as per Gennaro.

“If they’re hard-pressed for money, they’re going to be more likely to either … take fewer students … or they might start charging,” Clarke said.

Clarke isn’t sure that clinicals will be closed—he said that it’s impossible to know what the outcomes of the question being passed will be.

Shindul-Rothschild disagrees with the idea that clinicals will be affected, citing the fact that she goes to the clinicals with her students, meaning hospitals get one registered nurse free of charge. She noted that the last time she was there, there were 10 admissions, which she was able to assist in.

“Boston College, I think, brings a lot to the table, which enables us to keep our clinical placements,” she said.

Shindul-Rothschild said she thinks that, if anything, it should ease the workload of nurses so they can be better mentors to student nurses.

Gennaro noted that they have received word that the question could in fact impact clinicals.

“We have had one clinical site tell us they cannot talk about clinical placements until after the election as the short time to get ratios in place would mean they couldn’t take students in Spring semester if this passes,” Gennaro said in an email. “We think many other clinical sites might do the same if this passes (and in fact the statewide database for requesting clinical sites has asked clinical areas to post if they will not be able to accept students in the Spring). We don’t know yet if there will be a longer impact.”

Beyond clinical placements, opponents of Question One have said that hospitals may have to choose which services they are able to continue to offer. Gennaro said that care for vulnerable populations—like homeless patients—could be compromised in some hospitals. Some voters have expressed fears that they will lose local care if the ballot question passes.

“These wild claims that people will be turned away from emergency rooms, hospitals are going to close, there’s no reason that that should happen. None,” Shindul-Rothschild said. “They’re scare tactics. And unfortunately I think they’re working.”

Shindul-Rothschild has pointed to California as an example of how Massachusetts nursing could run. California was the first state to enforce these stricter patient limits. Shindul-Rothschild said she carefully examined the similarities and differences in health care systems between the two states, and said she believes it is a close enough match. She noted that it’s the closest thing Massachusetts can get to a test subject.

“I can say, confidently, that no hospital closed in California when this happened,” she said. “This was the same rhetoric used there.”

A report said that hospitals that closed in California after the introduction of the ratios were already not financially solvent, and the ratios could not have had an affect on forcing those hospitals to close given the previous financial issues.

Clarke said he feels the states were too different to be compared on this issue. He said that people are reasonably unsure of what to expect from the ballot question. While he said he doesn’t want to fearmonger, Clarke expressed his concern about hospitals being able to continue services, and he isn’t sure that the practice will actually improve working conditions for nurses. He said nurses are split almost evenly about whether or not they would like to see this question passed.

“If you go talk to the nurses in the street, you have basically a 50/50 chance on this,” he said. “And even those nurses, you start to run the provisions of ballot question one by them and they are unsure of how it would affect their day-to-day work.”

Passage of the referendum would drastically change the way the nurses work, according to Clarke. In order to keep in line with patient limits, breaks would need to be accounted for when making schedules. Clarke said that nurses would no longer be able to go to the washroom and ask their coworkers to look in on their patients, because that would skew the ratio. He’s concerned that hospitals will begin to focus more on avoiding the fine that comes with breaking the ratio than on patient care. That’s not to say he believes it will change the quality of the nurses.

“Am I saying that I think nurses would neglect their patients?” he said. “No, I’m not saying that at all. Nurses will always try their best. I think, some of what brought about all of these initiatives was the idea that maybe nurses work too hard sometimes, and against their own, and their patients’ interests.”

Shindul-Rothschild has said that opponents of the question are those who do not know what it means to be a nurse on the ground.

“The people who are spending the money against this, and it is the [Massachusetts Health and Hospital Association], they’re not there taking care of the patients,” she said. “They are removed.”

“Right now Massachusetts ranks near the bottom nationally for poor patient care, and patients that have to be readmitted to the hospital because they did not receive the proper care upon their first admission,” David Schildmeier, director of public communications for the Massachusetts Nurses Association, said in an email.

He noted that 2,000 official reports from this year detailed instances where nurses documented shifts “where they were given an assignment that jeopardize the safety of their patients.” Responses to concerned nurses included “Do the best you can,” “we have no one to send you,” and “whatever.”

Schildmeier said that if the question does not pass, nurses will have to use their union in order to protect their patients. “Long and costly strikes” may be necessary, he said.