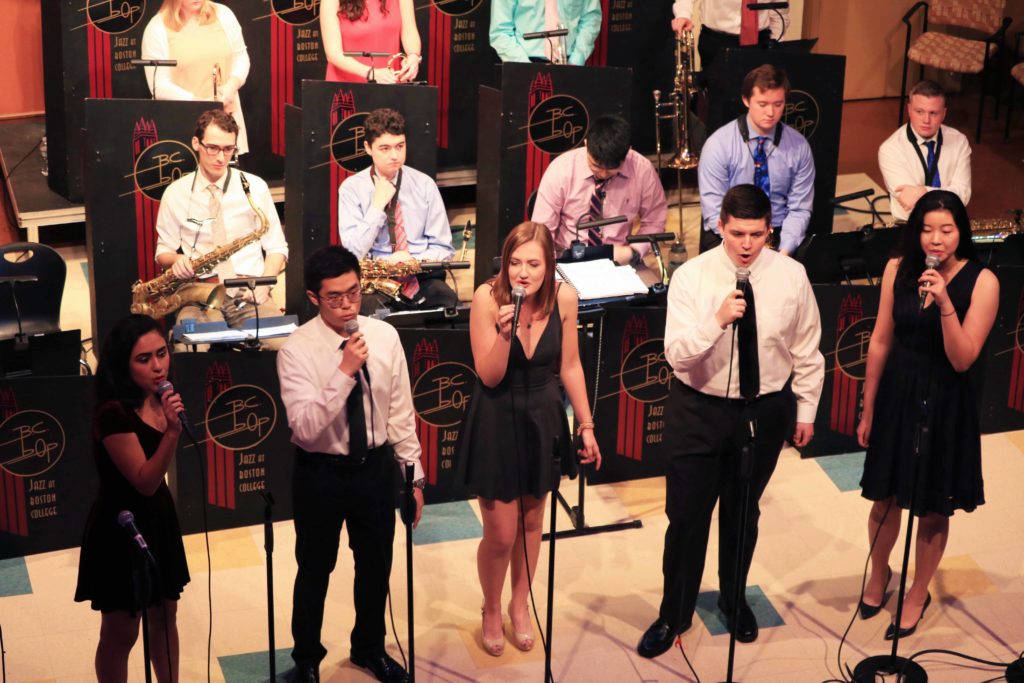 A massive crowd of roommates, parents, friends, and curious spectators crowded through the doors of the Vandy Cabaret room to hear the BC bOp! Jazz Ensemble perform a variety of hits and older classics. The room was so packed it was hard to move—people were lined up on the sides, crowded in the back, and leaning over the balconies from the second floor above.

The ensemble balanced nearly 20 songs by alternating between popular songs with vocalists and classic jazz songs without lyrics. The vocalists all had impressive ranges, and during an energetic rendition of Natalie Cole’s “This Will Be,” the four woman singers took the stage by storm. The audience cheered and applauded as the singers hit some incredibly high notes.

Later on in the set, a soloist performed Amy Winehouse’s 2006 hit “Valerie.” She radiated confidence as she sang with the ensemble playing behind her. Many of the audience members sang along with her as they swayed and danced to the popular song.

“Can’t Stop the Feeling” featured six vocalists and had the audience clapping along. Justin Timberlake’s 2016 hit seemed like a surprising choice for a jazz ensemble, but it was executed beautifully. The song allowed the percussion and bass sections to shine, especially during the brief instrumental interlude. The bass guitarist did an excellent job pulling the song together flawlessly with his flawlessly executed bassline.

The show featured many more memorable performances, including a cover of Earth, Wind & Fire’s fun throwback “September” and the Jackson 5’s “I Want You Back.” The second-to-last song of the night was especially electric as four male vocalists came together to sing “Uptown Funk,” the 2014 hit by Mark Ronson and Bruno Mars. This performance also featured a fantastic and skillful bassline, but was especially unforgettable because of the charismatic nature of the vocalists. They performed a coordinated dance as they sang, which was endearingly comical and often caused the audience to break out laughing in between singing along. 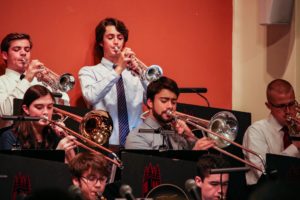 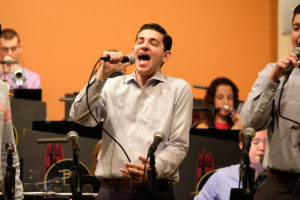