Boy Erased, a biopic directed by Joel Edgerton, is the most recent movie spotlighting the LGBTQ+ community’s long struggle for equality and acceptance. Based on the 2016 memoir of the same name by Garrard Conley, the movie follows a gay 19-year-old boy through his experiences with a conversion therapy program called Love in Action.

The film oscillates between a series of flashbacks portraying the events leading up to Jared (Lucas Hedges) entering Love in Action and the actual events of the program. The flashbacks are structurally important as it is how we see not only why Jared’s parents sent him to Love in Action but why Jared would want to be there himself. Jared’s father Marshall (Russell Crowe) is a car salesman and Baptist preacher in a small town in Arkansas. The culture of religion and “normalcy” is clearly a driving purpose to Marshall wanting to send Jared off. What makes the film more compelling is the warm relationship the audience sees between Jared and his parents throughout the flashbacks. Marshall and Nancy (Nicole Kidman) have no shortage of love for their son: They go to Jared’s basketball games, allow him to go out with his friends, and have family dinners. Understanding Marshall and Nancy’s benevolent intent build an overall more sympathetic tone and depth to the story.

The flashbacks dedicated to Jared coming to terms with his sexuality are just as important as the scenes with the family. We see Jared’s feelings toward men develop even further during his freshman year of college with his friend Henry (Joe Alwyn). The budding relationship, however, is darkened due to Henry’s own suppression of his sexuality, and the relationship eventually turns into an upsetting assault, confusing Jared about whether this is what the reality of homosexuality entails. This experience additionally prompts Jared to come out to his parents, barely able to admit to Nancy and Marshall that he “think[s] of men” before they break down into tears. Boy Erased later depicts a healthier relationship between Jared and a boy named Xavier (Théodore Pellerin), but it is clear he never fully recovers from the assault.

Jared’s coming out brings us to his walking into Love in Action. What is worrisome about Love in Action is the subtle ways in which they strip patients of their identity and force them to emotionally rely on the program. Forced to wear khakis, forbidden to talk to their parents about the program, and forced to publicly recount their “sins” in group therapy, there is a clear malevolence underlying the program’s curriculum. This worrisome environment is partially quelled by the program leader Mr. Sykes (Joel Edgerton). Mr. Sykes, a “success story” of conversion therapy, walks around with an initial lightness and ease and if not for his ignorant speeches, he would be a likeable character.

Although there is a clear spiral as the film delves deeper into the program, the true climax comes when Jared attempts to leave the institution. Halfway through the program, Jared becomes thoroughly disillusioned and seeks refuge. Although he is able to sneak his phone to call his mother and Mr. Sykes blocks physical efforts to restrain him, he is clearly not allowed to leave. Nancy arrives and demands her son be allowed to leave and, when another patient advocates for his release, he is able to exit. It works out as well as it can for Jared but we get the feeling he is lucky. If he were not able to call his mother, if his parents lacked empathy, and if Mr. Sykes was slightly more aggressive, he would not have been able to leave, showing how precarious his situation was. 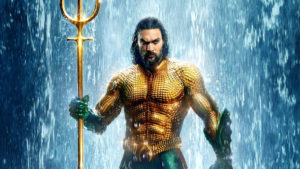 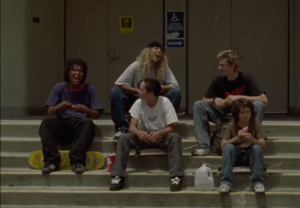