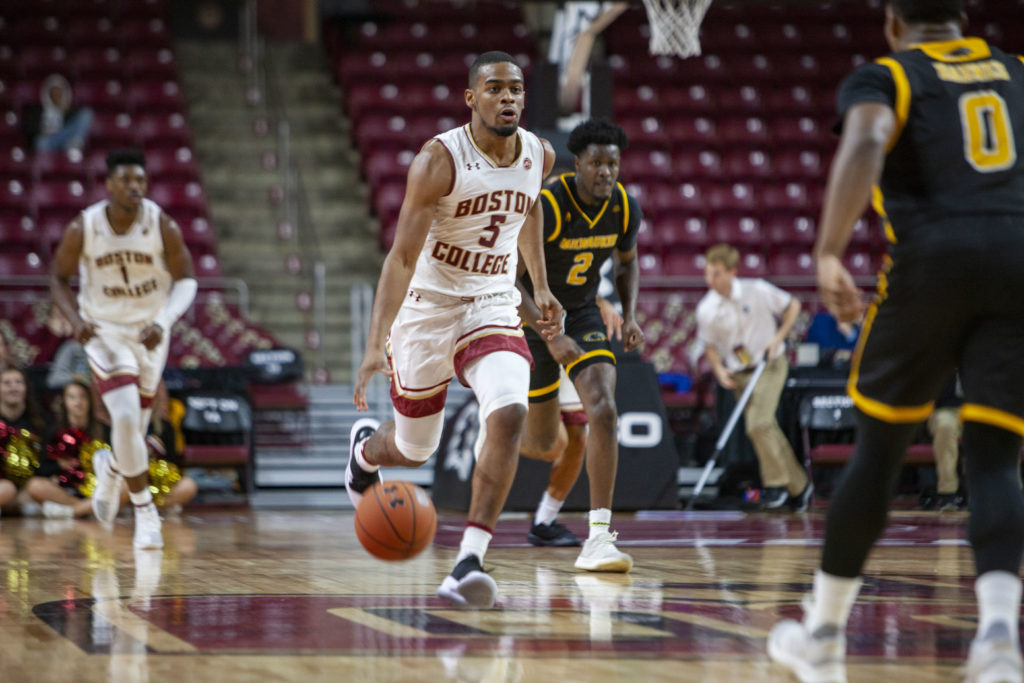 Boston College men’s basketball has started its season with a pair of victories, albeit of much different varieties. The Eagles prevailed over Milwaukee by fighting back from a 13-point deficit to win theirhome opener by 20. The matchup against St. Francis Brooklyn proved to be a tough one, as the back-and-forth affair ended with a five-point victory. BC (2-0) will take to its home floor again on Wednesday night to take on Indiana University-Purdue University Indianapolis (1-1). This will be the second and final on-campus game for the Fort Myers Tip-Off event before the Eagles will head to Florida for a pair of tournament games. Jim Christian’s crew will look to stay undefeated and defend its home floor.

This game is available to stream on ACC Network Extra via WatchESPN.

1) Through two games, the Eagles are averaging 44 rebounds per game. This is nine more than they are giving up, as they have really controlled the glass so far. Steffon Mitchell leads the charge with 24 rebounds, and four players have totaled at least 10 boards.

2) Ky Bowman has been a superstar so far, averaging 22.5 points per game. He leads the team in scoring, assists, steals, blocks, and free throw percentage. The junior is directing the offense, both vocally and physically.

3) The Eagles have not shot well from behind the arc in their first two games of the season, converting on just 10-of-40 3-point attempts. They have allowed double that on defense, and no individual player is shooting better than 50 percent from downtown.

1) The Jaguars’ lone loss came against Xavier. IUPUI was only able to shoot 35.7 percent from the field, but was able to get to the free throw line 26 times. This loss came on the road, and IUPUI will again be traveling to Chestnut Hill to take on the Eagles.

2) Camron Justice leads the Jaguars in scoring, averaging 15 points per game. While he has not shot at a high percentage, the junior guard has done a great job at getting to the hoop and drawing fouls, as over a third of his points have come from the charity stripe.

3) Elyjah Goss is the big man for the Jaguars. He boasts 18 rebounds and four blocks and plays the role of defensive stopper. As an undersized big man at 6-foot-7 inches, Goss’ work is especially impressive thus far.

These teams have not met in recent history, but BC played in another Tip-Off tournament a season ago, the Hall of Fame Tip-Off Tournament in Connecticut. The Eagles fell to Texas Tech in the opener, 75-64. Keenan Evans, who now plays in the NBA G League, led all scorers with 29 points. BC defeated La Salle in the third-place game, 82-61. Jerome Robinson dropped 25 points on 8-of-14 shooting, and the team outrebounded the Explorers, 48-30.

BC has a distinct edge in talent, but that does not mean it can look past IUPUI. This was the case against St. Francis, and the Eagles nearly dropped a game to an inferior team. These early contests are about finding a rhythm, and while the 3-point shooting has not been a weapon yet, it still looks to be a strength for this team going forward.

On defense, BC needs to improve at closing out to the 3-point line. The Eagles do a good job at stopping dribble penetration in the paint, but when the ball handlers kick the ball out, they are often late to contest the shot. Continuing to work hard on the boards will be a key as well, and looking for points in transition can also be a tool for this highly athletic team. 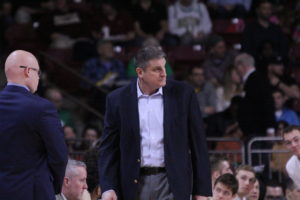