This year’s theme is embracing challenging conversations and moving toward reconciliation locally, nationally, and globally which coincides with the mission of the National Immigration forum—to promote the value of immigrants and immigration by working with faith, law enforcement, and business leaders. Noorani was the executive director of the Massachusetts Immigrant and Refugee Advocacy Coalition before joining the Forum in 2008.

“Boston is a really unique immigrant community,” Noorani said. “Having grown up in California, it’s a diverse state but doesn’t have the diversity that Boston has.”

Noorani questioned what it means to serve the nation openly and freely through his role at the National Immigration Forum. In December 2010, the Dream Act was taken up and “don’t ask, don’t tell” was up for repeal, creating a divisive political environment in need of conversation.

When Noorani stepped back and talked to groups on the left and the right, they both wanted one thing: to be part of a conversation.

“We realized early on that if we sat down and listened to people and were willing to have those awkward conversations, that we could actually start to build up relationships,” he said.

The biggest misconception about immigration of the left is that all conservatives are either anti-immigration or racist, Noorani said. On the right, they believed that their opponents on the left hated them, which blocked communication. As a result, the National Immigration Forum needed to act like a translator between the two sides.

As the mediators, Noorani and his team found themselves faced with a difficult question as a coalition: Were they in favor of citizenship for the undocumented?

Noorani said Land represented 20 million Southern Baptists in the country and easily held the most power in the room.

“In that moment, there was a clear point of connection between the right and the left,” Noorani said. “The language was different to get to that place, but from an immigrant rights perspective, there was a fight for citizenship for the undocumented.”

Noorani said his coalition is not asking people to reach across a political divide—rather they are trying to provide authority figures to present information to voters in the language they understand best and keep them up to date with ever-changing information.

People who immigrate to the United States are faced with the choice whether to apply for citizenship or obtain legal status. Noorani said there is a misconception among immigrants about the process of becoming an American citizen and can be deterred from that choice by thinking it’s too expensive or difficult. As a nation, it is critical to understand how the U.S. domestic immigration policies work and have a better understanding of why people are leaving their home countries to begin with.

“I am incredibly optimistic about the future because more people than ever are asking about immigration and for information,” Noorani said. 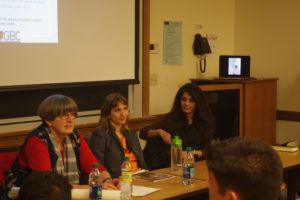 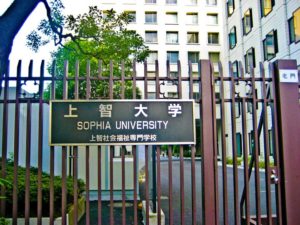 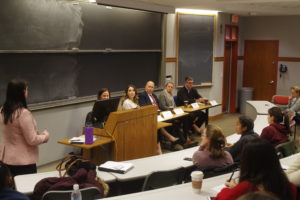