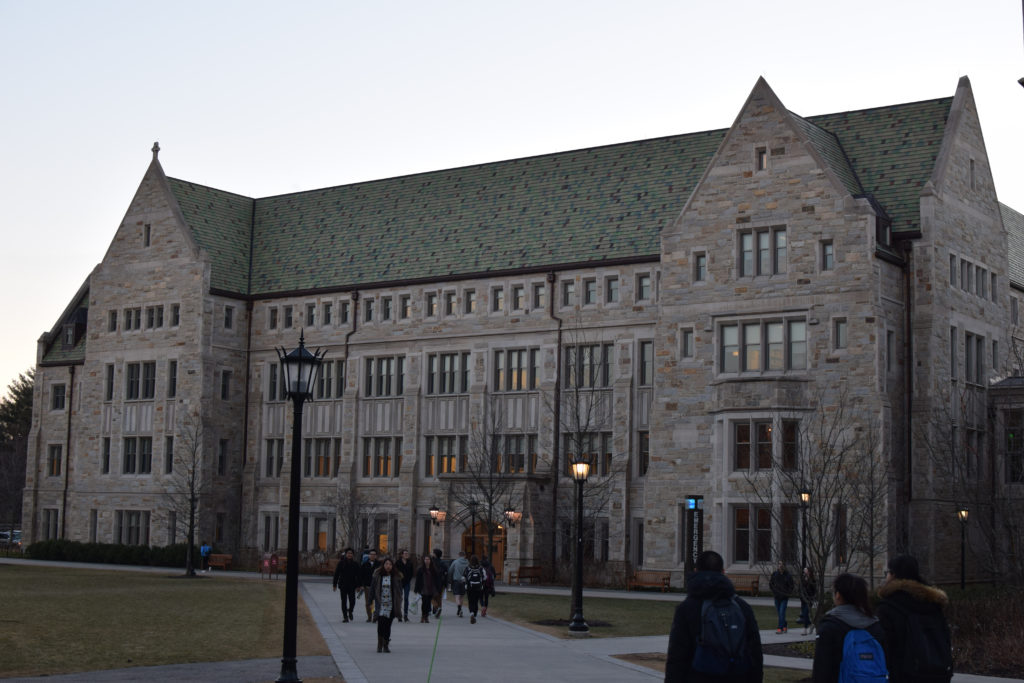 The new plan is to open the space early next semester, as well as provide regular shuttle service to and from the location. BC is in the process of finalizing the security and transportation infrastructure for the location, according to Carrie Klemovitch, special assistant to the vice president of Student Affairs and director of special projects.

The opening of the location to students falls under the BC After Hours Initiative—a program BC launched in September to open up more spaces for student use in the evening hours. The initiative comes after various student performance groups have voiced their concerns about finding practice space in the past.

Upon the launch of After Hours, the BC website stated that 300 Hammond Pond Parkway would house a choral and dance rehearsal space in a multipurpose room and that shuttle bus services to the location would begin Sept. 17—but the opening was delayed based combination of security requirements and student interest in the space, according to Klemovitch.

The space needs to be brought up to the standards the University has for all buildings across campus in terms of items like locks and cameras, especially considering the fact that the entire space is still undergoing renovations, according to BC Chief of Police Bill Evans.

“The safety and security of students remains our highest priority, and we are actively reviewing the space with BCPD to bring it online,” Klemovitch said in an email.

BC acquired the land at 300 Hammond Pond Parkway, located 1.2 miles from Main Campus, in 2015. The 24-acre land was previously home to the oldest Conservative Jewish synagogue in the Boston area, Congregation Mishkan Tefila.

Currently, the space is available to hold special events, and various students group have been given tours throughout the semester to showcase the space. Although many student performance groups had already made arrangements for rehearsal space for the fall semester, this outreach has resulted in requests to use the space in the spring semester, Klemovitch said.