An olive green felt hat with a red feather. A sturdy bow with a quiver of arrows. A heavy burlap sack jingling with stolen coins. Both a hero for the people and a thief. These are some of the things that may come to mind when one thinks of Robin Hood, a classic character passed down from generation to generation since the 14th century.

The film begins by introducing the audience to Robin of Loxley (Taron Egerton), a well-to-do socialite from the city of Nottingham. He meets Lady Marian (Eve Hewson) as she is trying to steal a horse from his mansion for her estranged family. Captivated by her beauty, Robin promises to give her the horse for the chance to court her. Their honeymoon phase is shattered by a draft notice from the Sheriff of Nottingham (Ben Mendelsohn), effective immediately. The couple is forced to part, with Robin promising to return to her and Lady Marian promising to wait. His declaration is all for naught when he returns two years later to find Lady Marian married to Will Scarlet (Jamie Dornan) and Nottingham on the edge of a civil war, its lower classes planning a revolt against the corrupt English crown. With escaped prisoner of war Little John (Jamie Foxx) as his guide, Robin becomes a symbol for the people in his quest to dethrone crooked rulers and free the working class from their oppression.

Egerton plays the titular role like he was made for it. His career has been on an incline ever since his portrayal of delinquent-turned-super-spy Eggsy Unwin in the Kingsman franchise, and Egerton slips into the role of the clever bow-slinger with practiced ease. Foxx brings Little John to life, who—instead of serving as Robin Hood’s sidekick (as is the case of most adaptations)—acts as his mentor. A lack of chemistry between Egerton and Foxx makes the script seem awkward at times and stilted, but the duo works well enough together to convey this departure from other renditions.

The supporting cast is less noteworthy. Hewson is likeable enough as Lady Marian, but doesn’t offer much, with the exception of the occasional witty one-liner and a well-timed punch. Dornan does little as Will Scarlet besides serving as an extra body in the love triangle between Marian and Robin. His ascension to the position of sheriff at the end of the film seems vital and hints at the possibility of a sequel, but without this distinction, his merit as a character fades into obscurity.

One character that stands out is Mendelsohn’s Sheriff of Nottingham. Currently Hollywood’s favorite villain, Mendelsohn proves in his latest role that he knows how to play the bad guy. Equal parts charming and conniving with a complicated past, Mendelsohn brings a level of complexity to the film’s central authority figure and the place of religion in society as a whole.

Robin Hood is a movie that wanted to be bigger than its budget. CGI is a double-edged sword that can either enhance a movie or cause it to sink—for Robin Hood, it was the latter. While most would agree that the world director Otto Bathurst paints is the perfect blend of grit and beauty, low-budget visual effects overshadow the film’s triumphs. High-stakes scenes, such as the opening battle between the Crusaders and the enemy troops, as well as the carriage chase on the streets of Nottingham that appears later on, veer into absurdity and distract from the overall pace of the plot.

That said, the film delivers on its promise of a contemporary twist on a classic tale. Bathurst pointedly stated that he didn’t look to any previous versions of the beloved character for inspiration, and what results is a Robin Hood unlike any iteration that came before it. The film appeals to modern audiences with slick costume designs and fast-paced action sequences. Its plot drives home a political message that has present-day implications: income inequality, reflected in the way the corrupt government taxes the working class beyond their means.

It’s a truth universally acknowledged for every film adaptation of a classic tale—it becomes harder to develop a film that’s equally original and entertaining to watch. The case was no different for Bathurst, who has had to reassure a slew of skeptics to give a film a chance since its release date was announced last summer. But where other directors fall short of their promises, Bathurst flourishes—Robin Hood is a refreshing film about an otherwise antiquated character that will surely please audiences. 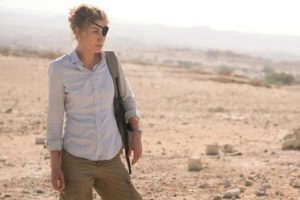 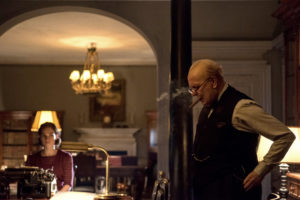