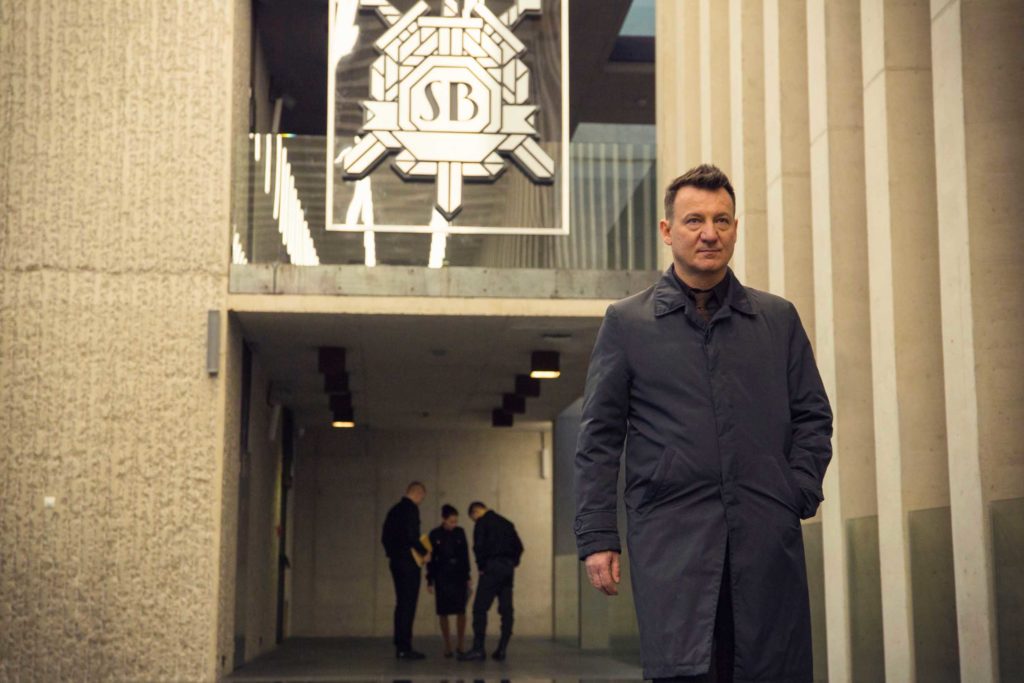 Imagine a world where Poland is still under the shadow of the Soviet Union, and an oppressive state rules with an iron fist, crushing those who want to find even the semblance of truth. This is the world of 1983.

A Netflix original, 1983 is the company’s first Polish original production and features an alternate reality where Poland suffered a massive terrorist attack in 1983 and, as a result, never escaped the control of the Soviet Union. Unlike the title suggests, the show is actually set in 2003, but the events of 1983 and their effects are far from gone. Poland is governed by a Soviet-backed police state that keeps a tight grip on its citizens to ensure stability and peace.

The series has several interweaving storylines, one of which features inspector Anatol Janów (Robert Więckiewicz), a relentless police investigator who once had a booming career with high-importance cases but asked too many questions and found himself gradually silenced. Janów begins the series by leading a raid on an illicit book printer—who secretly prints and distributes forbidden literature such as Harry Potter and 1984—and finds what appears to be a suicide, discovering him hanging dead in his bathroom.

Anticipating that something is wrong, Janów refuses to accept the state explanation of suicide and tries to dig in further, meeting resistance at every turn. Connecting dots that lead him to believe that the death really might be something more, Janów becomes convinced that the unassuming printer is connected to the Light Brigade, a group of young freedom fighters lead by the zealous Ofelia (Michalina Olszańska), who stops at nothing to achieve her vision for Poland.

Another main character is Kajetan Skowron (Maciej Musiał), a young law student who the audience soon finds out is the poster boy for the reigning party. The Party stabilized its power because of the 1983 terror attacks, avoiding the breakthrough that the anti-communist Polish Solidarity movement achieved in reality. As a victim of the terror attacks, Skowron lost both his parents and an image of him presenting a flower at the memorial became the symbol for peace and rebuilding in the new Polish state.

Because of his special status, Skowron had grown up a ward of the state, with state-sponsored scholarships and even dates the daughter of the leader of the Ministry of Economy. Skowron receives a clue into an old murder from his professor­, who was soon murdered. The then-important Janów headed the case and had many doubts about the outcome, leading Skowron to seek him out. In addition, Ofelia soon reveals that she and Skowron were childhood friends and begins to contact him again in hopes of getting to his “Party princess” girlfriend.

Very much a thriller, 1983 has a well-written plot with a chilling aura. Always shrouded in darkness and cold tones, 1983 immediately makes the audience feel uncomfortable and indicates that something is definitely wrong. The show relies little on exposition for context, rather using various clues and set images for the audience to piece together information on their own.

The background of the show is the most interesting. The 1983 attack is never explicitly explained in detail, yet the audience feels the reverberations and the implications that the attack left on the city. The intrigue of the background and the tidbits of information that the show teases push the audience to watch more, if just to unravel the event that completely altered history.

The show takes its time to get to the plot, which is dark and mysterious. A lot of establishing shots of characters walking in the chill does set the mood, but also drags the pace of the show. The series—spoken completely in Polish—gets lost in translation sometimes and the dialogue can be hard to follow. With the number of important characters, all of whom have different titles, the show can get confusing at times when the audience is trying to sort out which minister did what.

Suitable for fans of conspiracies and dark, moody thrillers, 1983 is an intense depiction of a plausible alternate history. Its fascist and authoritarian themes are especially relevant in the current political climate, where parties leaning to the radical extremes promoting security are gaining traction. 1983 shows a somber portrayal of a modern military dictatorship and the extreme lengths that people go to in order to maintain power.

netflix 1983 Robert Więckiewicz
“The Man Who Has Everything,” “Excited” and More in New Singles
Shovelhead Channels Kooky Characters at Comedy Show