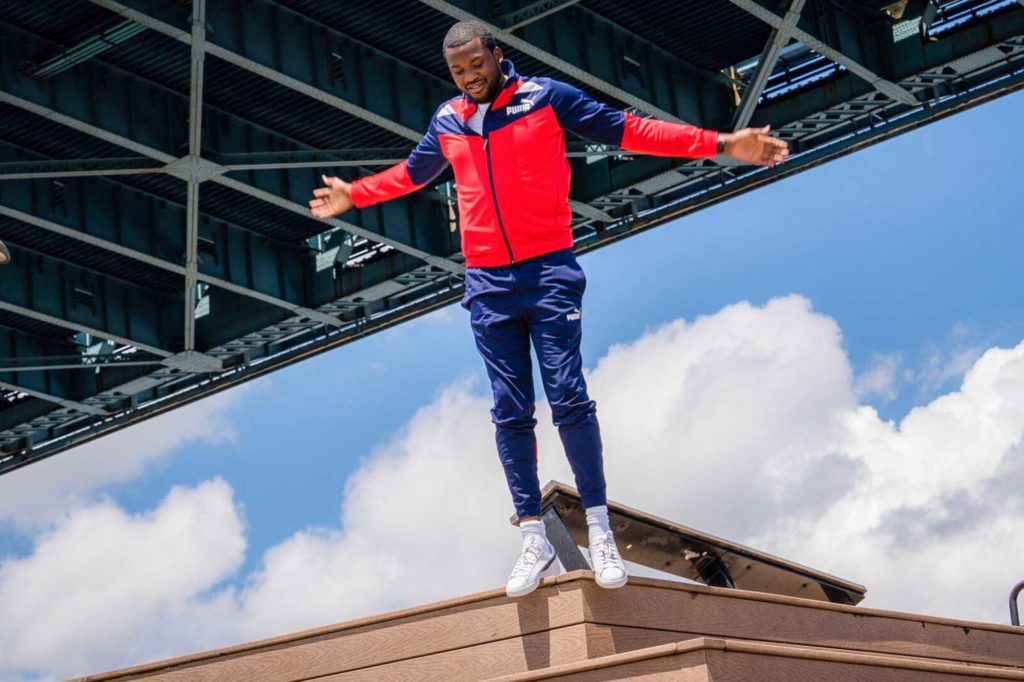 Robert Rimeek Williams, better known by Meek Mill, has worn many hats since his loud entrance to the wider music world at the start of the decade: one of the greatest champions of the Philadelphia everyman since Rocky Balboa, Nicki Minaj’s former boyfriend, and Twitter punching bag. He has been perhaps the most undeniable force of nature in 2010s hip-hop, crafting frenetic tracks about his rag-to-riches story with a ferocity in his flows uncommon to his mumblecore contemporaries.

In the past two years, however, he has taken on a more meaningful role, one that transcends rap as the face of criminal justice reform. Meek, who has spent most of his adult life on probation after an initial 2008 arrest, has become an emblematic figure of the negative aspects of the probationary system, where black men are disproportionately represented, and the effects it has on people like Meek. He has taken a large role, writing an op-ed in The New York Times, appearing on CNN, and earning the support of many prominent black leaders, like Jay Z and Colin Kaepernick.

Meek’s newfound social consciousness permeates his new album, Championships. His shifted perspective has changed his work—he now wants to serve as an example of how to live and how to not to live. Many select lyrics across the album reflect Meek’s budding prominence in the movement for justice. He frequently refers to Kaepernick, focusing much of the second song, “Trauma,” on the former 49ers quarterback’s decision to kneel during the pregame playing of the national anthem to protest police brutality, and his subsequent blacklisting from the NFL.

Meek is known for starting off his albums with a standout introductory track, such as “Dreams and Nightmares” and “Lord Knows,” that act as lyrical and sonic highlights and define his whole career and story in short bursts. The aptly named “Intro” nearly reaches these lofty heights, as he raps over a sample of Phil Collins’ legendary “In The Air Tonight.” His use of this famous ’80s anthem creates a sense of the gravitas of the album. It’s impossible to not believe in the kairos of Meek’s message when he utilizes one of the most influential records as a backdrop.

“Going Bad,” the ninth song on the album, is notable, given that Drake is featured. Many music fans’ first exposure to Meek came from the Canadian megastar’s earlier albums, and, later, the artists’ feud in the summer of 2015 electrified the Internet and turned Meek into one of the easier punching bags in pop culture. The two have since claimed to have put the beef aside, and they reunite in a disappointing collab—the song sounds exceptionally lazy when compared to their earlier collaborations, which made sense when it was revealed Drake sent the finished verse to Meek the day before the album was released.

The standout track of the album, “What’s Free,” succeeds for a number of reasons. The use of Notorious B.I.G’s “What’s Beef” as a sample gives seriousness to the song. Meek shines lyrically here, demonstrating the themes of the album in a concise way. He addresses the idea of what his newfound freedom means, thanking his supporters. He brags about his positive role in the community as he fights injustice: “When you bring my name up to the judge, just tell him the facts / Tell him how we fundin’ all these kids to go to college / Tell him how we ceasin’ all these wars, stoppin’ violence / Tryna fix the system and the way that they designed it.”

Meek’s powerful verse is overshadowed to some extent by the two features, as Rick Ross and Jay Z make impressive appearances. Jay Z in particular has received much of the post-release press, as he returns to the black excellence theme that has dominated his recent work and attacks Kanye West and the President: “No red hat, don’t Michael and Prince me and Ye /
They separate you when you got Michael and Prince’s DNA, uh.” Jay Z distinguishes himself from his fellow megastar rapper, in a line that has somewhat stolen attention from Meek’s work.

At times, Meek runs the risk of having his themes of prophecy overshadowed. His track with Cardi B, “On Me,” is enjoyable and sure to be heard at clubs and parties for the next several months, but deviates from much of the ideas of social consciousness to focus on the rise to fame. One could argue that it was included as jab at Minaj more than to have any real resonance with the rest of the album. Other songs and features also confuse his message, as Atlanta stars Future and Young Thug offer forgettable turns on “Splash Warning,”especially strange after Meek criticizes mumble rappers on the introductory song, and the attention paid to the luxurious lifestyle they could have left on the chopping block on “Tic Tac Toe.”

Overall, Meek’s album shows his clear growth as an artist and as a man since he first emerged on the scene. His experiences have changed him, and it shows throughout his work.