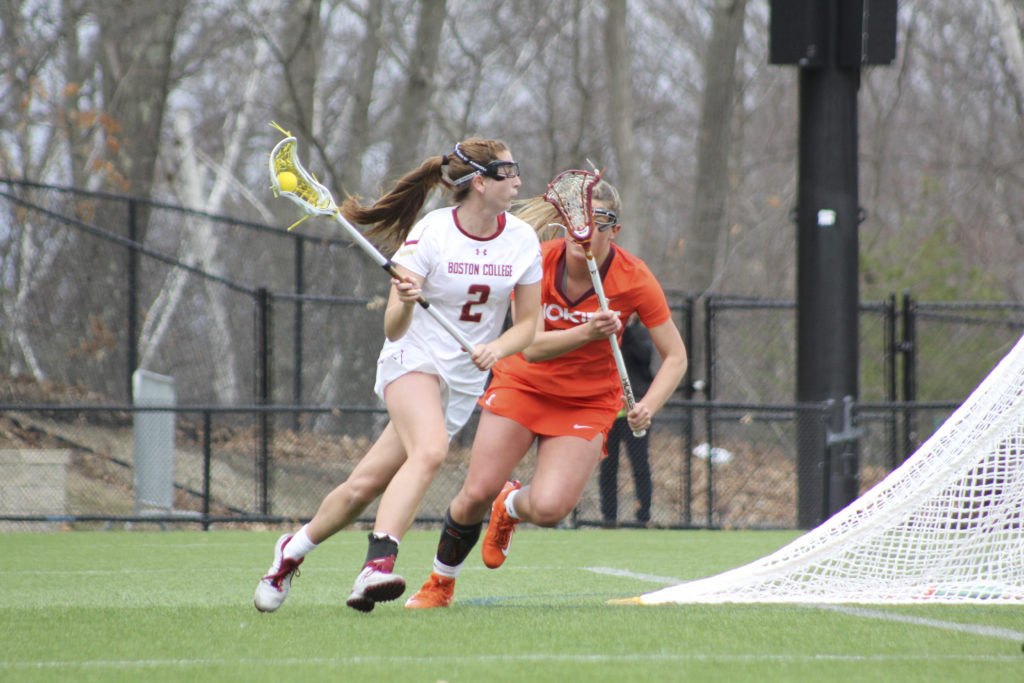 Boston College lacrosse attacker and 2018 Tewaaraton Award winner Sam Apuzzo ranks in the program’s top three of practically every major career statistic—points, goals, assists, and draw controls—and after this coming year, her partner-in-crime Dempsey Arsenault could very well occupy a similar standing in the BC record book. The upperclassman duo, which clocked out at third and eighth in the nation in total points last year, respectively, hasn’t gone unnoticed.

On Wednesday, Apuzzo and Arsenault were named to the United States National Team for the first time in their careers. They will make their official Team U.S.A. debut on Jan. 25, 2019 when they travel to Stanford to play at the Spring Premiere, an event that includes the English National Team, the Japanese Development Team, as well as both Fresno State and Stanford.

Additionally, Apuzzo and Arsenault will be accompanied by Kylie Ohlmiller (Stony Brook ’18) and Marie McCool (UNC ’18), two of last year’s Tewaaraton Award finalists. Ohlmiller is the NCAA’s all-time career leader in points (478) and assists (240). Just this past year, the explosive attacker led the country with 157 points, having logged 88 goals and 69 assists over the course of her senior season.

All told, the 26-player roster features 11 former World Cup champions, including three- and two-time Tewaaraton Award winners Taylor Cummings (Maryland ’16) and Katie Haus (Maryland ’13). One of those 11 World Cup champions is BC assistant coach Kayla Treanor, a decorated Syracuse graduate who joined Acacia Walker-Weinstein’s staff in the summer of 2017. Rather than listening to Treanor on the sidelines, Apuzzo and Arsenault will be following her lead on the field this winter, perhaps a learning experience for both parties involved. But all three of them will play under the watch of UNC head coach Jenny Levy, who has coached the Tar Heels to 10 Final Fours and a pair of national championships in her 23 years in Chapel Hill, N.C..

Alongside graduate student Kenzie Kent and classmate Brooke Troy, Apuzzo and Arsenault will captain the Eagles this upcoming season. Locked and loaded with what could very well be the most talented roster in program history, BC will chase its third-straight National Championship appearance and first-ever national title. As of Wednesday, though, the Eagles’ two brightest stars will be in contention for more hardware than just the National Championship trophy.