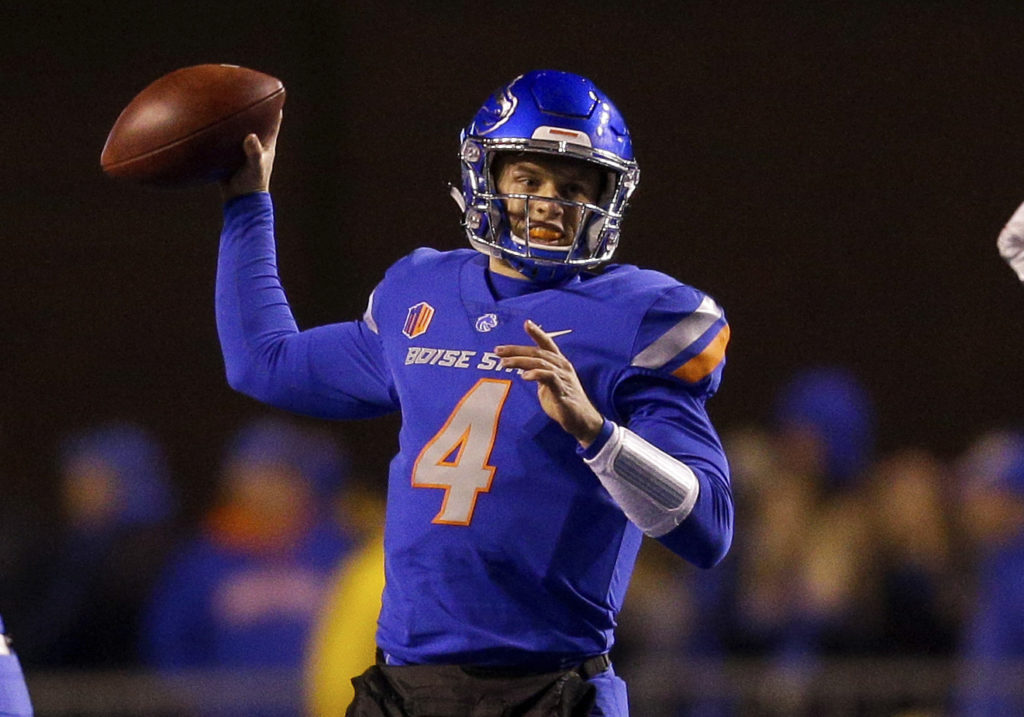 Boston College football has a chance to win eight games in a season for the first time since 2009 when it takes on No. 23 Boise State in the SERVPRO First Responder Bowl—a Broncos team that is looking to win its fourth bowl game in five years under head coach Bryan Harsin. Here’s a look at their matchup, complete with predictions.

Quite simply, 2018 was a whirlwind of a season for the Eagles and head coach Steve Addazio. It featured, among other things, a national ranking for the first time in a decade (as high as No. 17, too) and the opportunity to host ESPN’s famous pre-game show, College GameDay. While it ended on a sour note—three losses in a row to Clemson, Florida State, and Syracuse—BC still saw a school record 13 All-ACC selections and several key players boost their draft stock.

For a detailed look at how the Eagles got to the SERVPRO First Responder Bowl, click here.

The path to an eighth win will be far from easy, as the Broncos enter as the winningest program in college football since 2001. Boise State came within a field goal of winning the Mountain West Conference, instead suffering a tough defeat to Fresno State. The Broncos finished the regular season with a pair of top-25 wins and registered their third-straight season with at least 10 wins. Boise State boasts a balanced roster—the offense is paced by MWC Offensive Player of the Year Brett Rypien and a talented running back in Alexander Mattison, while the capable pass rushing defense is led by sack machine Curtis Weaver.

For a full scouting report of a team that enters averaging 35.4 points per game, while only allowing 22.1—both superior marks compared to BC—click here.

Over a decade ago, the two teams played for the first and only time. In the 2005 MPC Computers Bowl, the Eagles escaped with a narrow 27-21 victory in Boise, Idaho. The win snapped an impressive 31-game winning streak at the Broncos home field. BC’s quarterback? None other than future NFL MVP Matt Ryan, who took over the starting job at midseason after Quinton Porter proved to be ineffective.

For a full look at the game, as well as the path that the Eagles took to get there, click here.

Bradley Smart, Sports Editor: Boise State. Maybe A.J. Dillon is fully healthy and Anthony Brown enjoys one of his good games, but the Broncos are an exceptionally well-coached team with a four-year starter under center and plenty of defensive talent to keep an eight-win season out of reach for Addazio.

Andy Backstrom, Managing Editor: Boise State. Now healthy, Dillon will open the scoring gates with a breakaway rushing touchdown, but the Eagles’ offense will eventually grind to a halt. BC will pull out its fair share of gadget plays, but so will the Broncos, and Rypien will be too much for Jim Reid’s defense—a unit that has conceded 445.6 yards per game to bowl eligible teams this season—to handle.

Peter Kim, Assoc. Sports Editor: Boise State. Rypien carves up the BC secondary throughout, and though Dillon, finally fully healthy, rushes for over 100 yards, the Eagles simply won’t be able to keep up offensively.

Luke Pichini, Asst. Sports Editor: Boise State. While Brown will put up a quality performance, he will be outdueled by Rypien, and the Broncos will deal the Eagles their fourth-straight loss.