The names of Jesuits credibly accused of sexually abusing minors were released by the U.S.A. Jesuits Northeast Province Tuesday morning. The list includes two Jesuits, now deceased, who worked at Boston College, although the alleged abuse did not occur while they worked at the University.

“Hoping to contribute to healing from the pain and anger caused by clergy sex abuse and the lack of accountability and transparency on the part of church leadership,” said John J. Cecero, S.J., provincial of the Northeast Province in a release. “I am making public a list of any Jesuit in the U.S.A. Northeast Province who has had a credible allegation of abuse against a minor or vulnerable adult since 1950.”

University Communications released a statement about the list, and included the names of the two priests who were employed at BC.

Joseph McInnes, S.J., was assigned to BC from 1946 to 1947. He left the Society of Jesus three years after his departure from BC. His alleged misconduct is said to have taken place between the 1960s and the 1980s. Allegations were made almost 20 years after his death in 1986.

Nine Jesuits have been accused of abuse during their time working at Boston College High School. There are seven more priests, who at one point worked for BC High, on the list for alleged incidents that did not take place during their time at the private boys school.

Of the 50 priests on the list, 14 are still alive. All of the alleged incidents are said to have taken place before 2009. Two of the former priests are incarcerated—one for child pornography and the other for multiple counts of abuse.

Forty percent of the Jesuits on the list spent at least some portion of their careers stationed in Massachusetts—the list accounts for any abuse in the states of New York, northern New Jersey, Maine, New Hampshire, Vermont, Massachusetts, Rhode Island, and Connecticut.

“At the heart of this crisis is the painful, sinful and illegal harm done to children by those whom they should have been able to trust,” Cecero said in the release. “We did not know any best practices to handle these violations many decades ago and regrettably made mistakes along the way.”

The release also said that since 2002—when the Boston Globe’s Spotlight team released investigative reports detailing extensive clergy abuse—steps have been taken to ensure that there are no new cases of abuse against minors or vulnerable adults.

The northeast was the last Jesuit province in the United States to release a list. The Central and Southern, West, Midwest, and Maryland Provinces released lists in December. 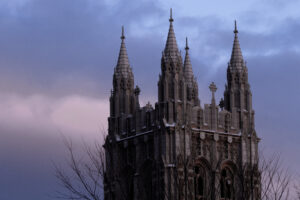 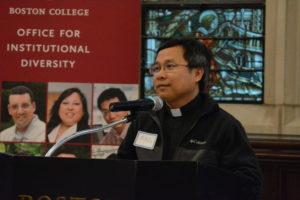